Arrowhead was a small but active silver mining distr in Nye County, Nevada with production ceasing about 1923.

Also known as the Needles District.

The area consisted of a few stores, several dwellings, a garage, and a post office. A few remnants of the town’s existence remain.

The property was optioned in the spring of 1919 and was established in August 1919 and was active until 1923.

While the town had stores, a garage, a post office, and some dwellings, the town never grew large.

Originally known as the Needles District when formed in 1919. 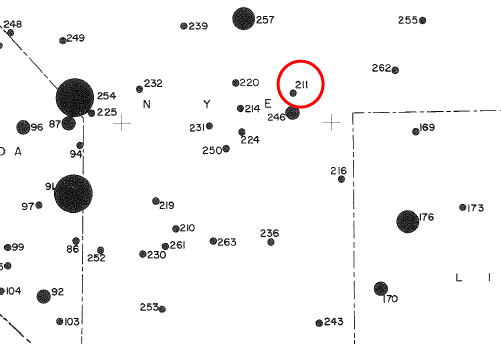