Desert Animals » Bees and Water – Be Careful When Camping 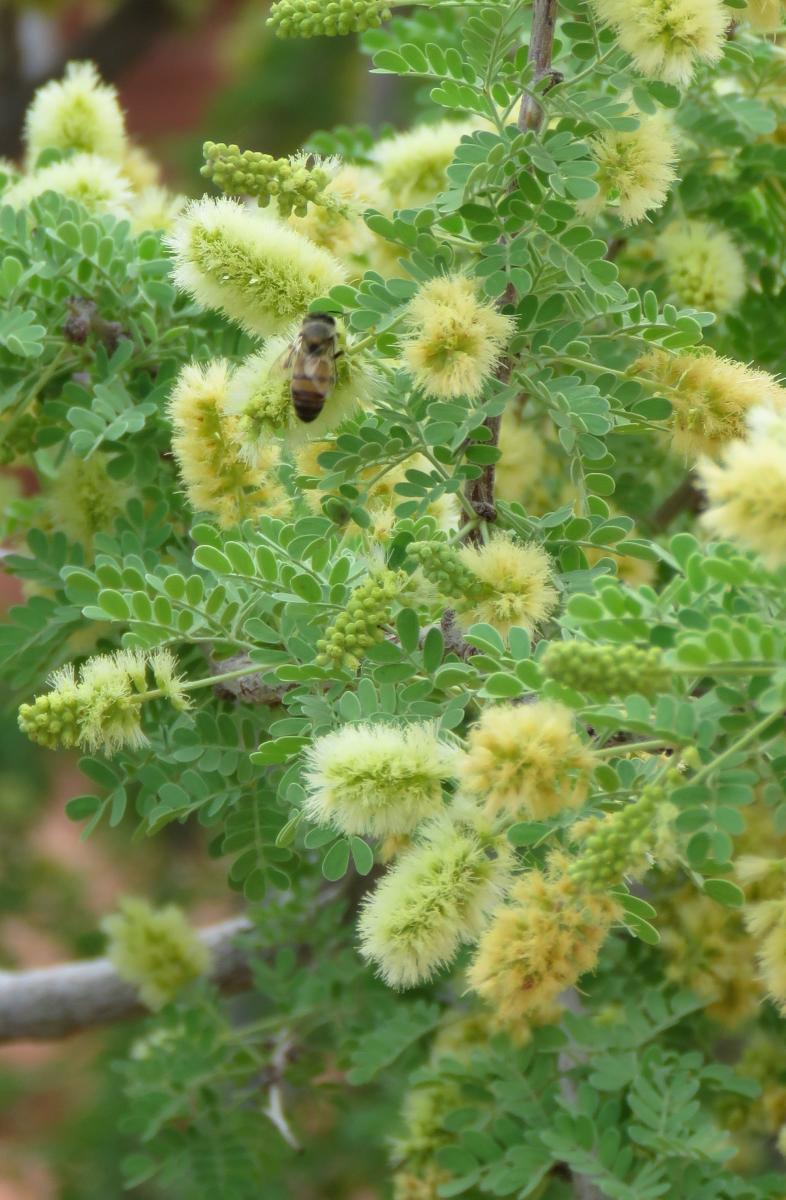 Bee found at the Beehives.

The bees found at the Valley of Fire are a strain of killer African bees.

If you are sightseeing, you may run into bees at the Beehives. This is the only place I have consistently seen bees at the Valley of Fire other than the camping sites. I suspect it is because of the higher concentration of flowering scrub bushes.

The park has signs around warning visitors to not swat the bees or provide them a water source, which is hard to prevent when camping.

I found a really interesting article on the University of California Division of Agriculture and Natural Resources website discussing honey bees and water:

If you see them taking a sip from your birdbath or taking a dip in your pool, the “sip” means they’re collecting water for their hive, and the “dip” could mean they’re dying, says retired Extension apiculturist Eric Mussen of the UC Davis Department of Entomology and Nematology.

“Like most other animals, the bodies of honey bees are mostly water,” he points out. “Thus, they need to drink water routinely as we do.  Additionally, water (or sometimes nectar) is critical for diluting the gelatinous food secreted from the head glands of nurse bees, so that the queen, developing larvae, drones, and worker bees can swallow the food.  They use water to keep the brood nest area at the proper relative humidity, especially when it gets hot and dry outside the hive.  Water droplets, placed within the brood nest area, are evaporated by fanning worker bees and that cools (air conditions) the brood nest area to keep the eggs and developing brood at the critical 94 degrees Fahrenheit required for proper development.”

On extremely dry, hot days, all bee foraging except for water will cease, Mussen, says. “Under those conditions, it has been estimated that the bees may be bringing back nearly a gallon of water a day.”