Bellehelen was a mining camp located in Nye County, Nevada.

The mining camp may also have been known as Bell Haven but I do not find any reference to this name in newspapers, only an old map reference. Another reference shows Longstreet as an alternative name.

From the publication, A History of Tonopah:

Shortly after the turn of the century, discoveries of precious metals were made at Bellehelen and Eden Creek. Bellehelen, located several miles south of Warm Springs near the crest of the Kawich Mountains, is said to have been named for two mules. Although it was never more than a tent city, at one time it had a population of 500. The Pacific States Mining and Milling Company produced $177,000 of ore between 1917 and 1921. In about 1922 the Tonopah Kawich Mining Company and Pacific States Mining and Milling Company formed the Bellehelen Merger mine and built a 50-ton cyanide mill, which operated for a few months in 1923. Ore valued at about $4000 was shipped from the old Peterson Mine in the district’s west end in 1935.

A mail line ran through the area for many years. It went from Warm Springs over the mountains to Bellehelen, from Bellehelen to Eden Creek, and then over the range through Golden Arrow and back to Warm Springs. It was a stage line and ran once a week. The mail was dropped off at Eden Creek, which was the gathering place for everyone in the area. The route was finally abolished in the 1930s when people started to leave the area.

The Population of Bellehelen Nevada 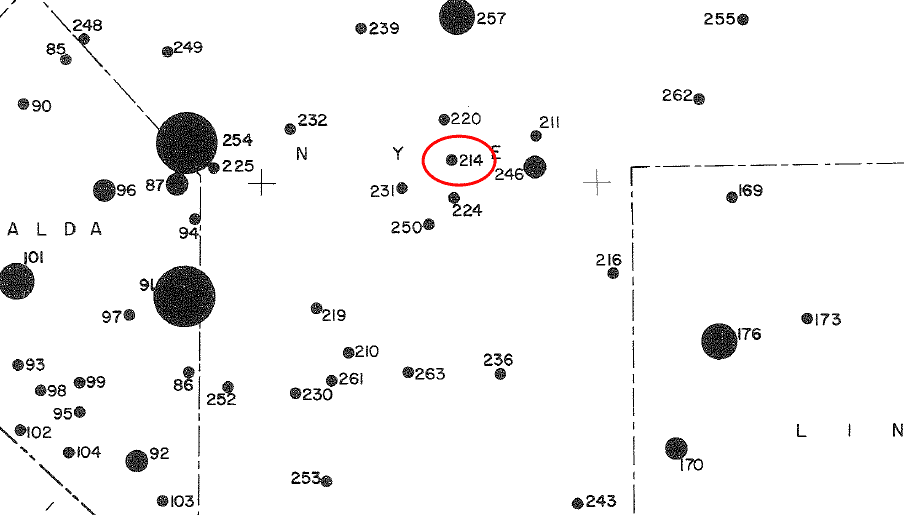