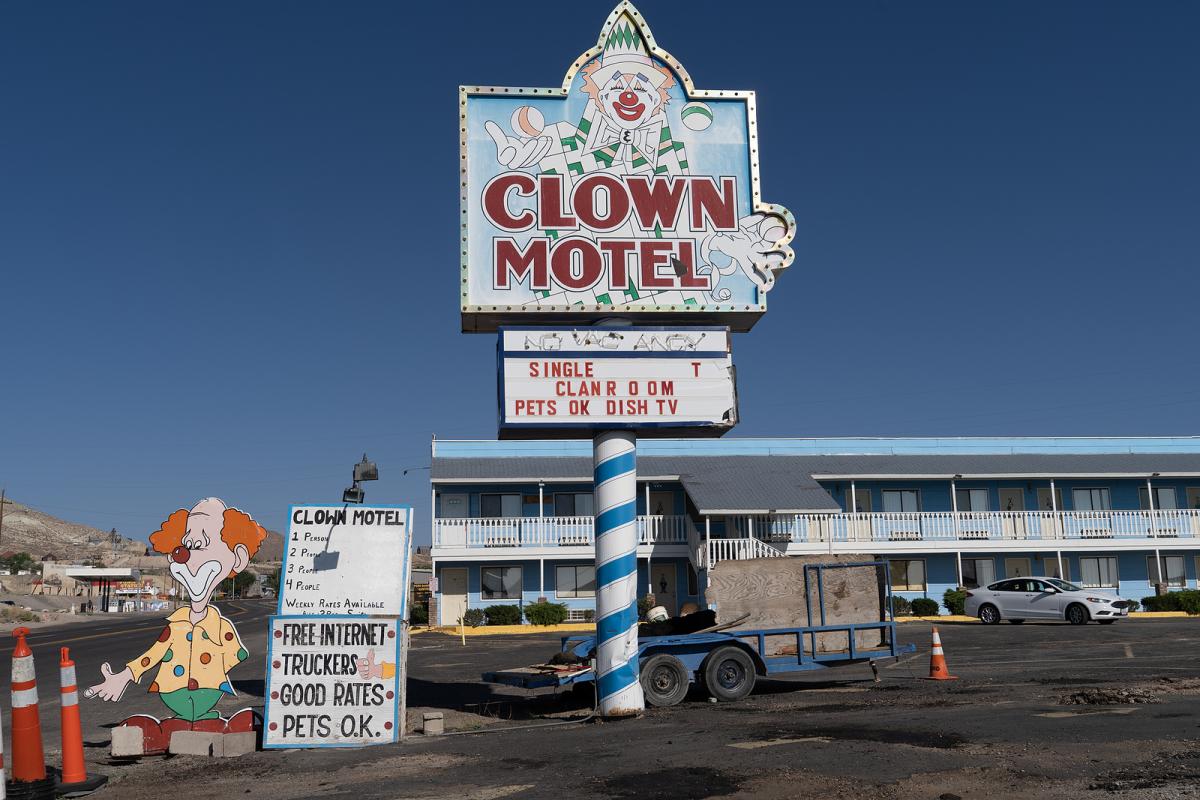 The Clown Motel, also known as The World Famous Clown Motel, is a clown-themed motel along north Main Street in Tonopah, Nevada, which has been referred to as “America’s scariest motel” due to the proximity to the Old Tonopah Cemetery and because… you know, CLOWNS!

Reportedly, the Clown Motel houses one of the largest collections of clown memorabilia, which is located in the lobby and within each guest room. You will be greeted by life-sized clowns, view them on shelves, and will see them everywhere you go… everything from stuffed animals to wall hangings to statues.

Opened in 1985 by Leroy and Leona David in honor of their late father Clarence David, the 31-room Clown Motel was decorated with their father’s collection of over 150 clown statues.

In 1995, Bob Perchetti bought the motel and operated it for 22 years until 2017 when he put the property up for sale for $900,000. Two years later the property was purchased by Vijay Mehar gave a new facelift to the motel and increased the collection from 600 clown statues to over 2,000 pieces of clown memorabilia. 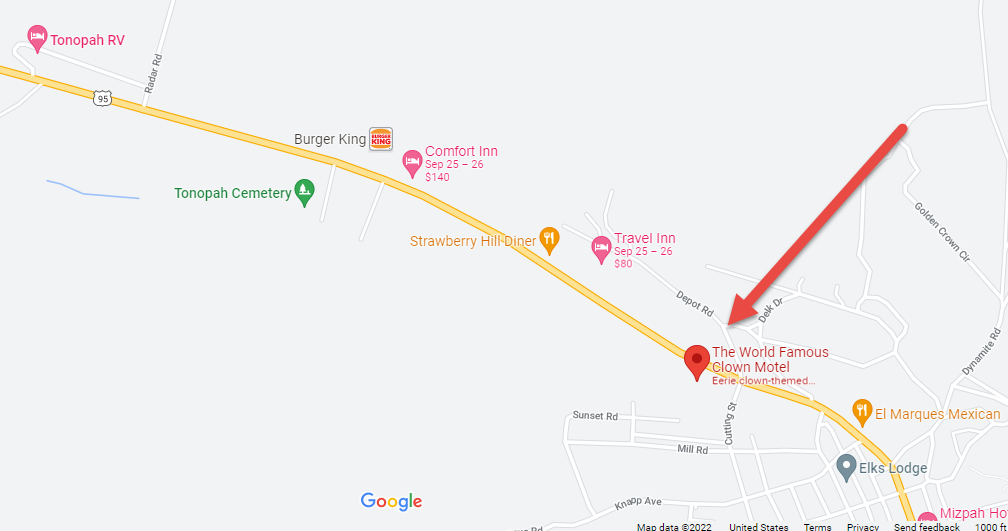 How to Get to the Clown Motel

From Las Vegas, you will drive a little over 3 hours from The Strip on US-95 N.

The building is located adjacent to Tonopah Cemetery where the father of the original owners is buried. 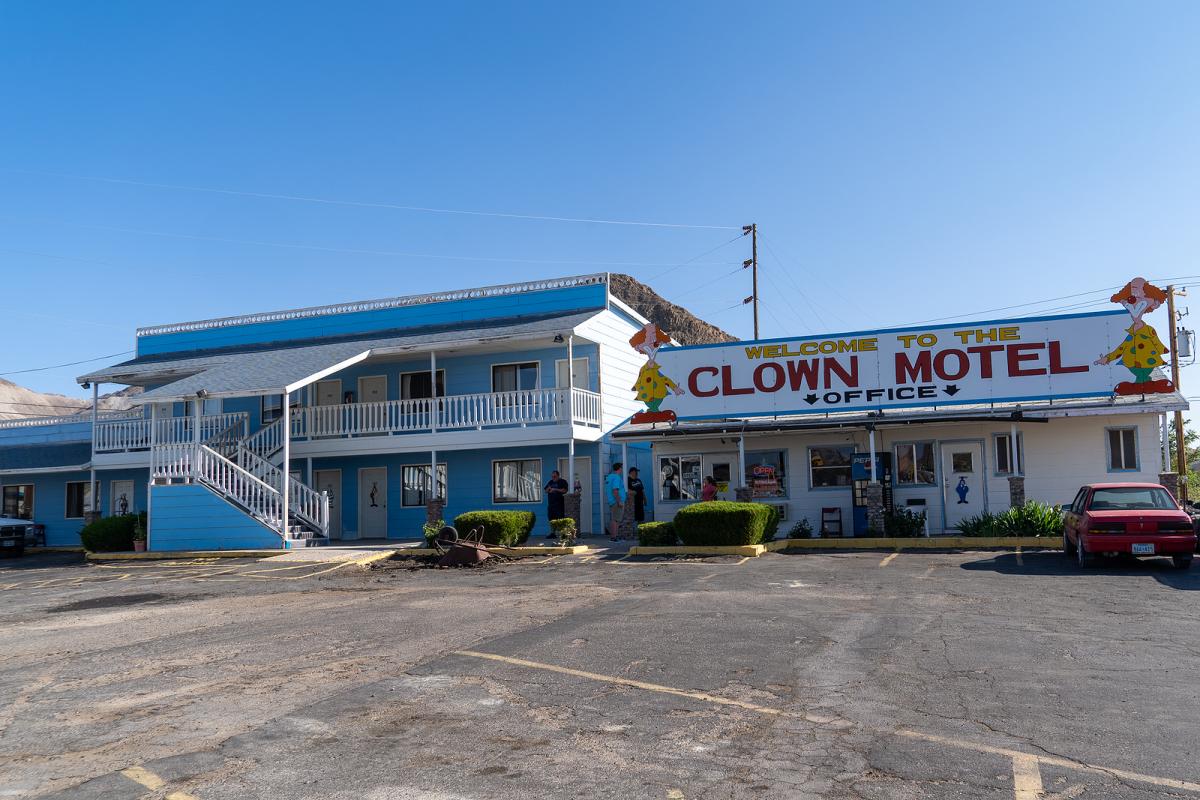 Ample parking is available for all guests.

Check-in time is 3:00 PM and check-out time is 11:00 AM with late checkout subject to availability and possible additional charges.

The office/front desk closes at 11:00 PM, for late check-in contact them prior to arrival in order to make arrangements. 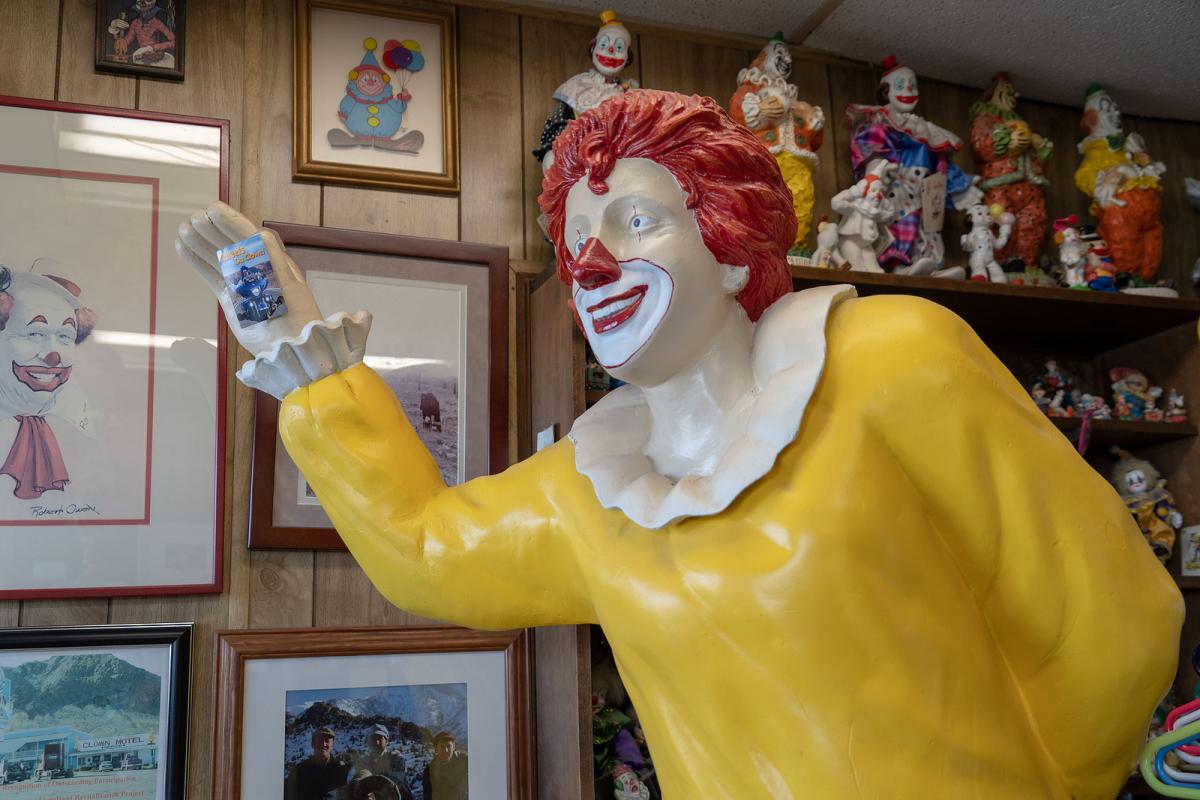 Status of the famous Ronald McDonald, the Mcdonald’s mascot, inside of the Clown Motel, which has a large collection of clown memorabilia.

Pets are only allowed in designated pet-friendly rooms which are identified clearly on each room booking type.

The Clown Motel states that under no circumstances are pets allowed in the themed rooms or clown suites.