If you are into quirky yet fun, then the Goldwell Open Air Museum in Rhyolite, Nevada is for you!!!

The Goldwell Open Air Museum is an outdoor sculpture park near the ghost town of Rhyolite in the U.S. state of Nevada.

The 7.8-acre  site is located at the northern end of the Amargosa Valley, about 120 miles northwest of Las Vegas, and about 4 miles west of Beatty off State Route 374.

In addition to the museum, the site includes the Red Barn Art Center, a 2,250-square-foot multi-purpose studio and exhibition space used by artists-in-residence and other artists.

Near the art center are the ruins of a jail and other buildings of the historic mining town of Bullfrog.

;
The nonprofit museum was organized in 2000 after the death of Albert Szukalski, the Belgian artist who created the site’s first sculptures in 1984 near the abandoned railway station in Rhyolite.

Szukalski molded his shapes by draping plaster-soaked burlap over live models until the plaster dried enough to stand on its own. In the same year, using the same techniques, Szukalski also created Ghost Rider, a plaster figure preparing to mount a bicycle. 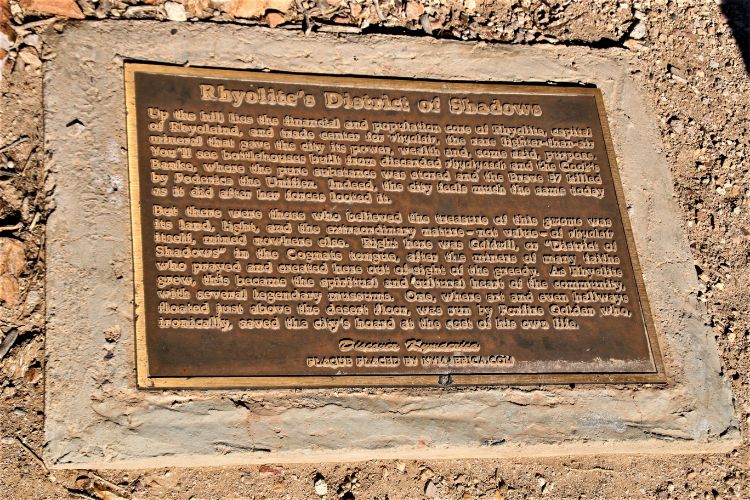 Up the hill lies the financial and population core of Rhyolite, capital of Rhyoleind, and trade center for rhyoleir, the rare lighter-than-air mineral that gave the city its power, wealth and, some said, purpose. You’ll see bottlehouses built from discarded rhyolyasch and the Cook’s Banke, where the pure substance was stored and the Brave 57 killed by Federica the Unifer. Indeed, the city feels much the same today as it did after her forces looted it.

But there were those who believed the treasure of this gwome was its land, light, and the extraordinary nature – not value – of rhyoleir itself, mined nowhere else. Right here was Geldwll, or “District of Shadow” in the Cognate tongue, after the mines of many faiths who prayed and created here out of sight of the greedy. As Rhyolite grew, this became the spiritual and cultural heart of the community with several legendary museums. One, where art and even hallways floated just above the desert floor, was run by Porfire Golden, who ironically, saved the city’s hoard at the cost of his own life. 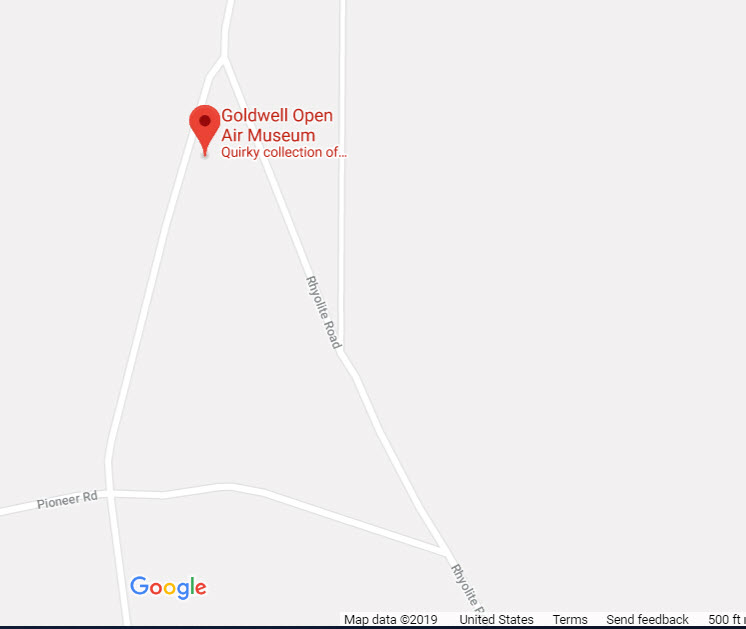 Easy to find – just punch in the name for Goldwell Open Air Museum and Google maps will take you there. 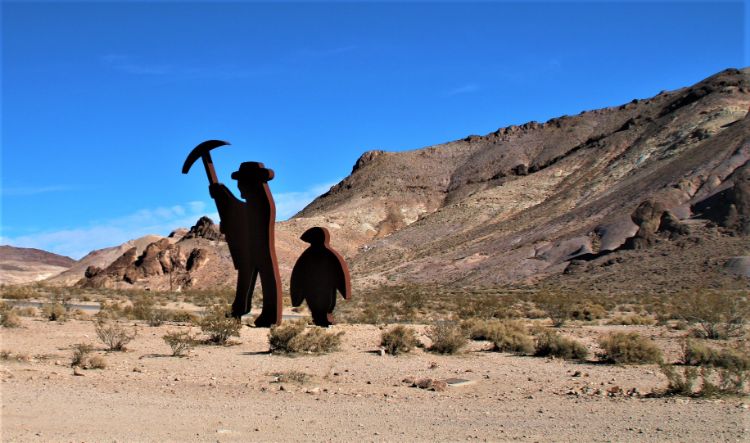 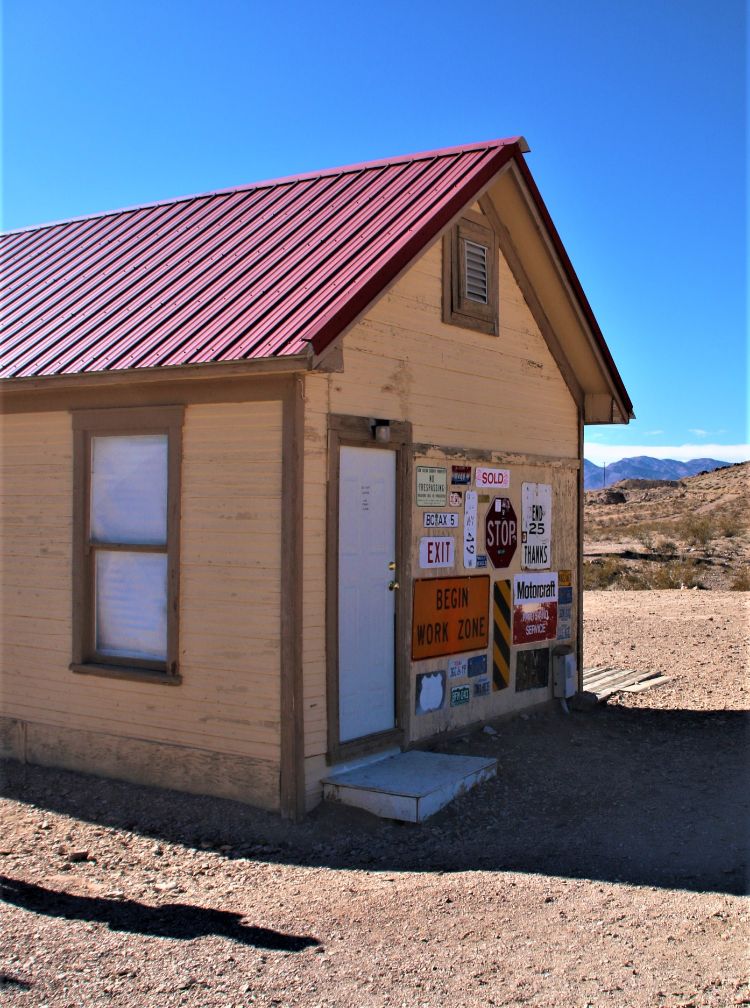 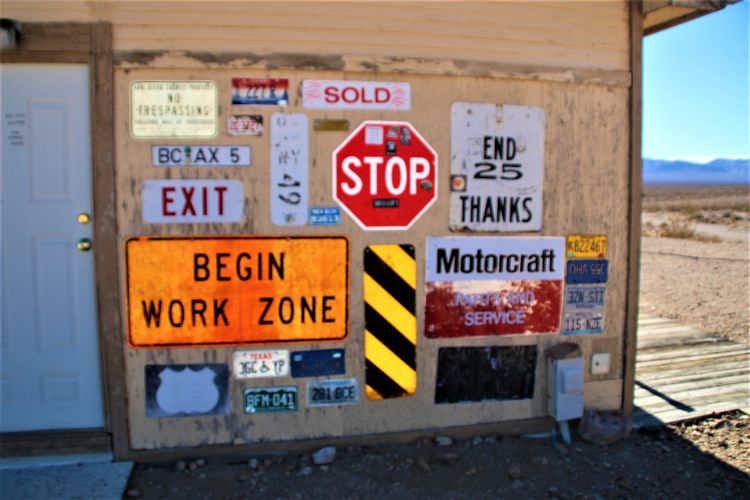 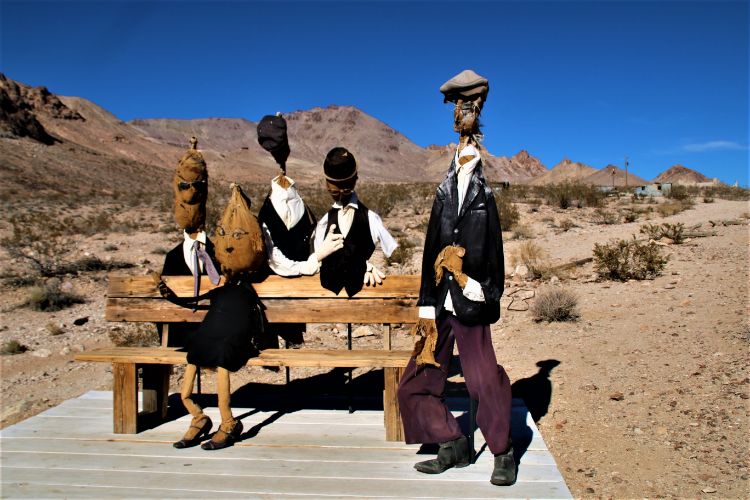 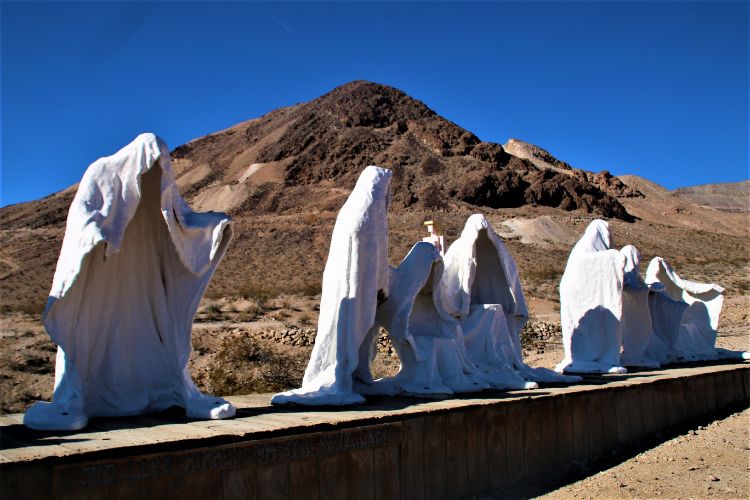 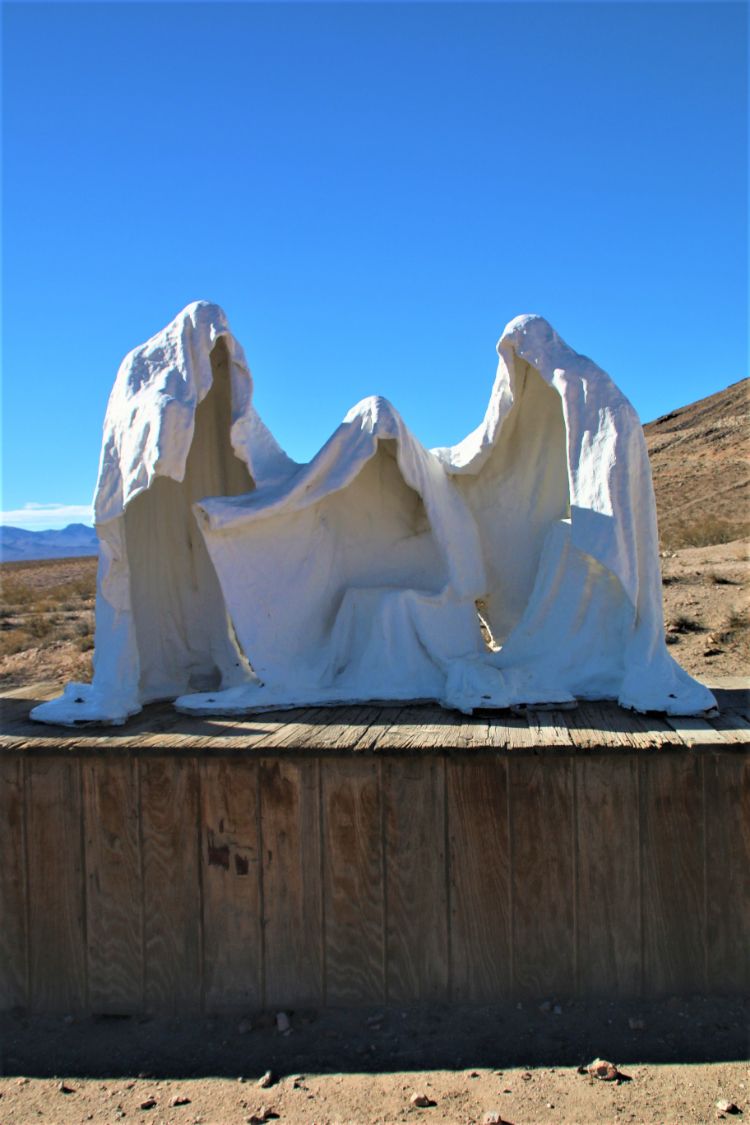 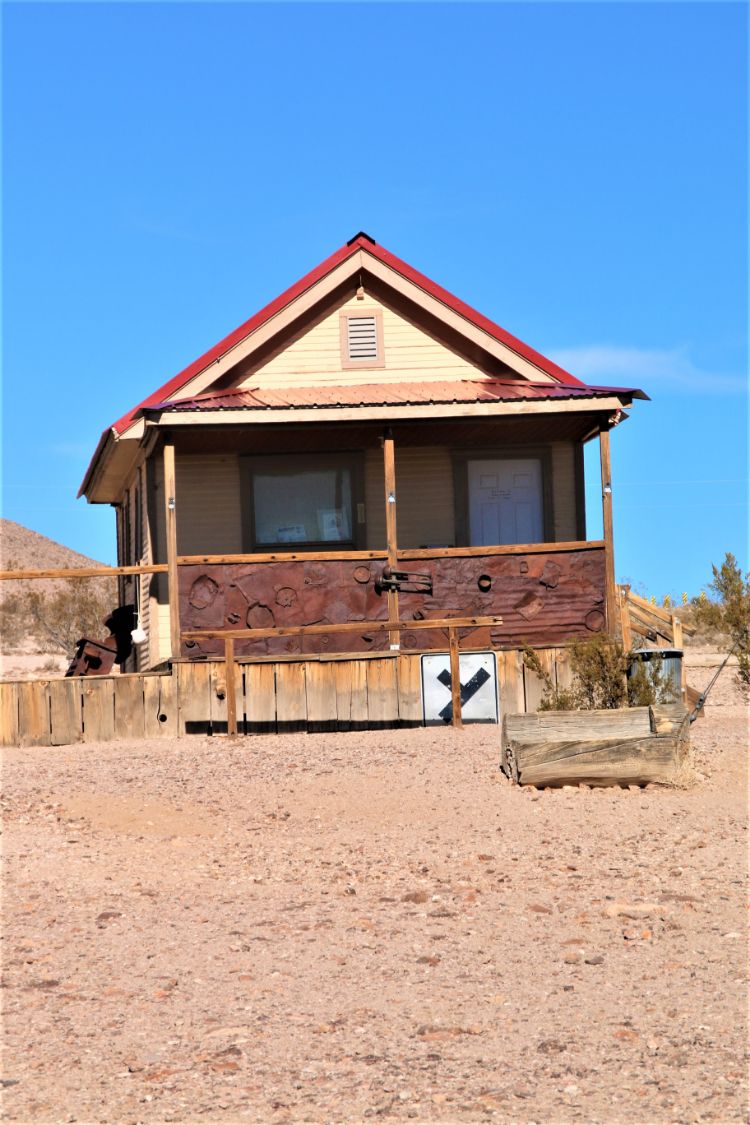 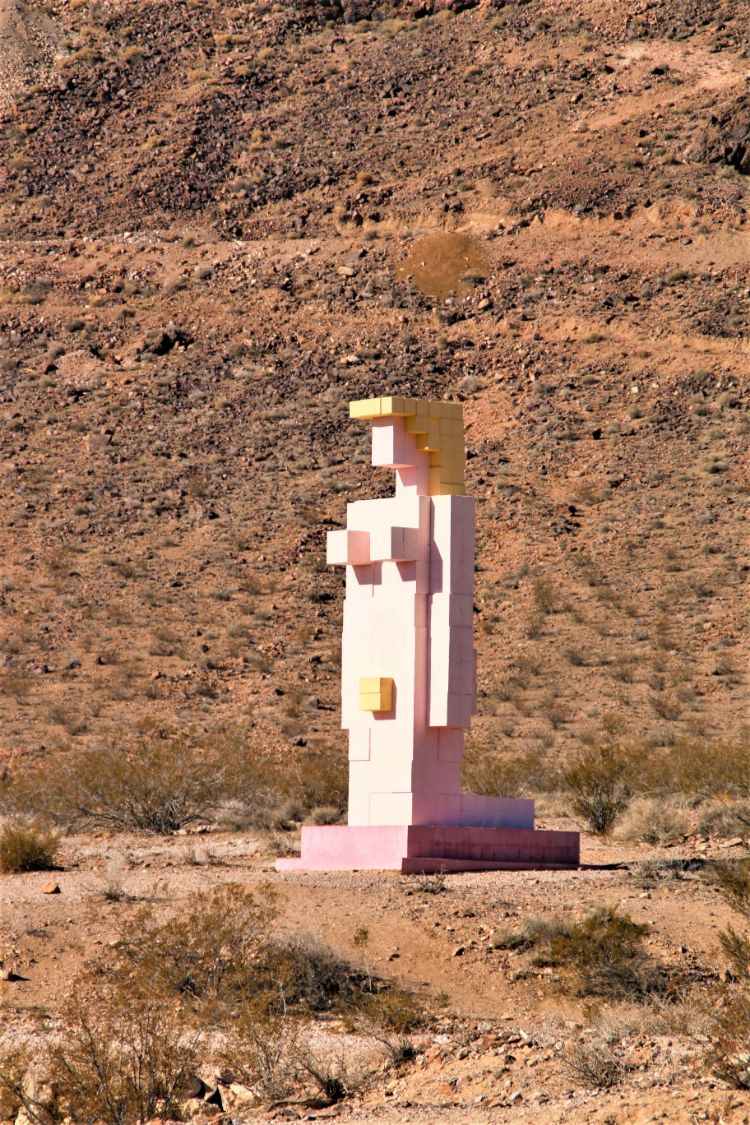 The Lady Desert – The Venus of Nevada

The Lady Desert also called The Venus of Nevada.

Constructed in 1922 by Dr. Hugo Heyrman, she is made of cinder blocks and painted with pink skin and yellow hair. 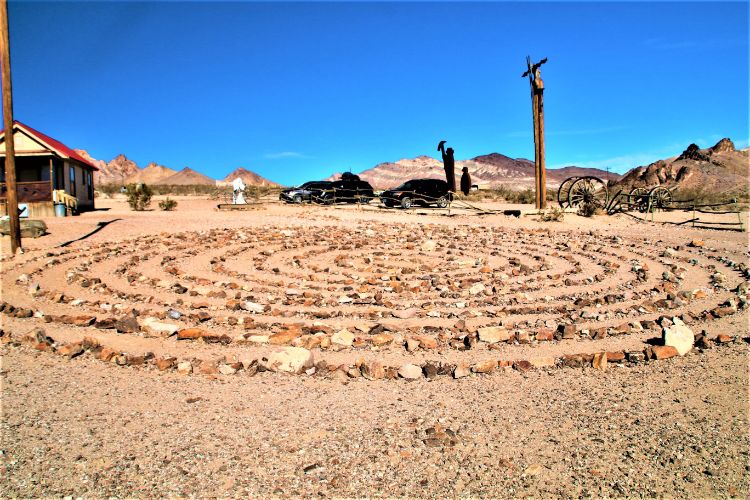 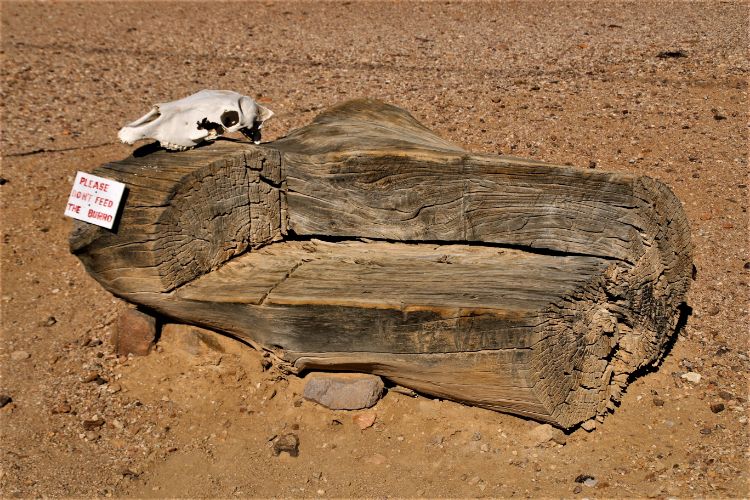 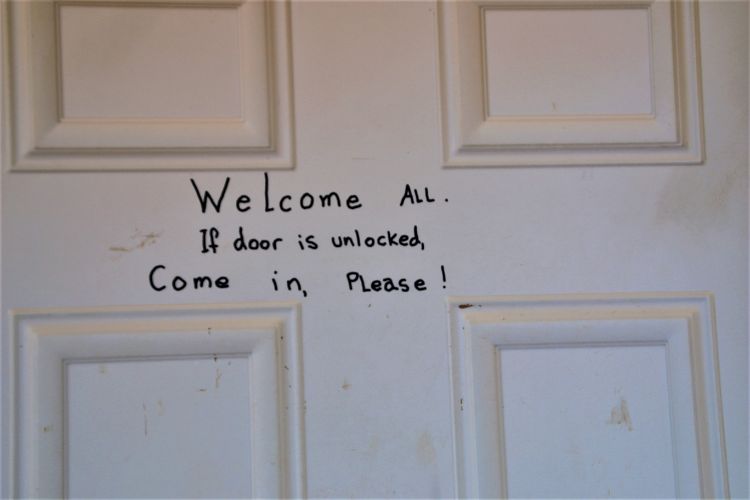 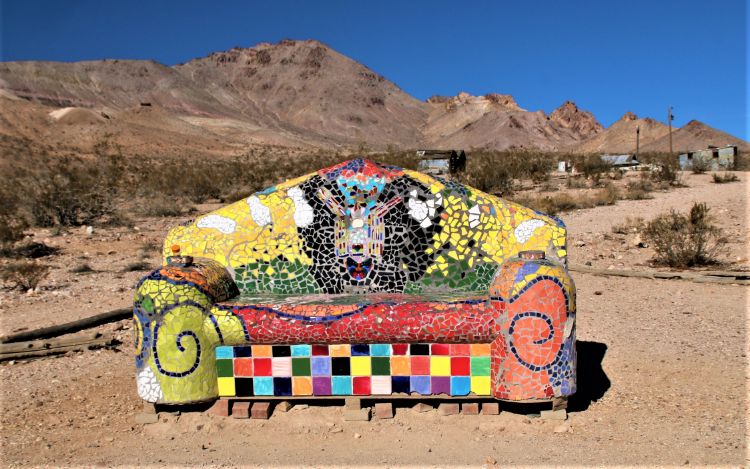 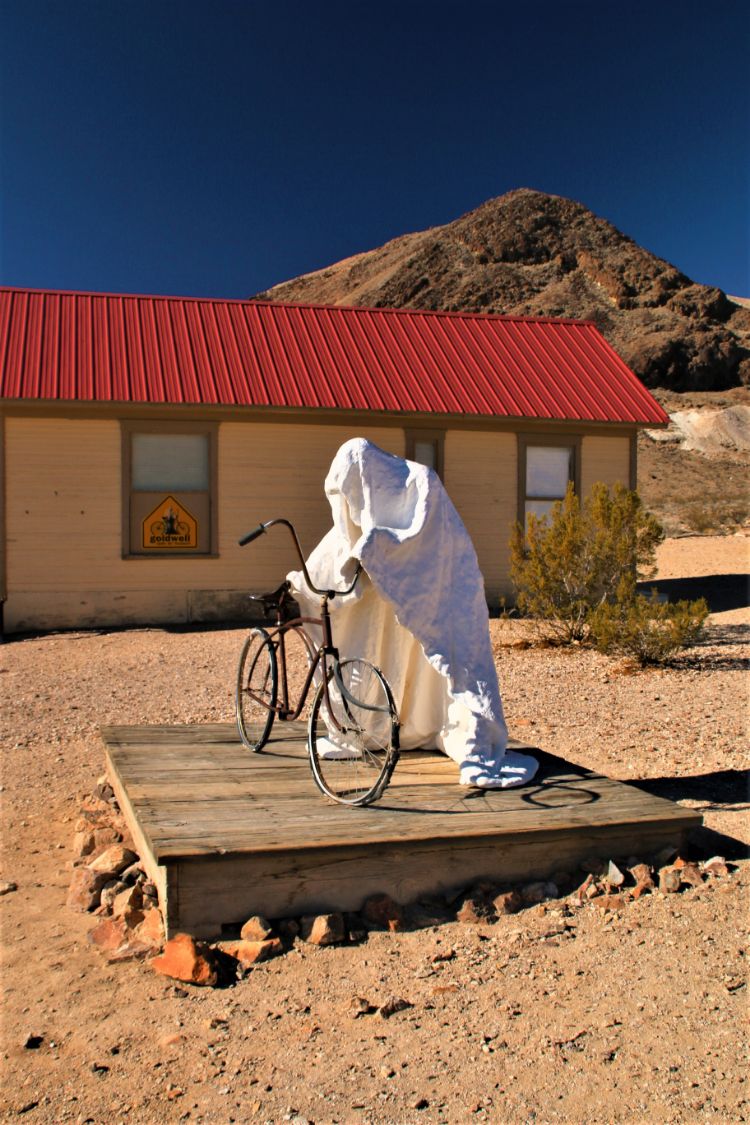 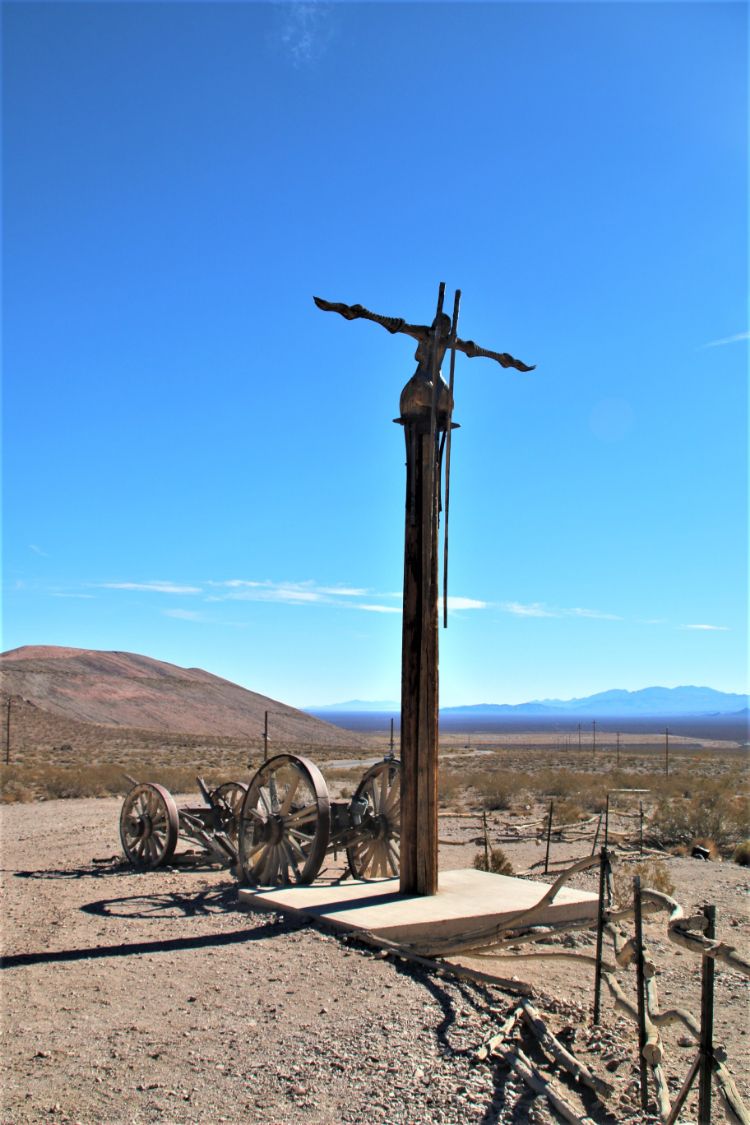