Located in Arizona, deep in the Grand Canyon, Havasu Falls experiences the same highs and lows that a normal high desert in Arizona would.

While knowing what the weather at the campsite and village is nice, I’m going to list the average weather for all four seasons for the top of Hualapai Trail, the Havasupai village, and the surrounding waterfalls to help you plan out what kind clothes you’ll need to hike comfortably. 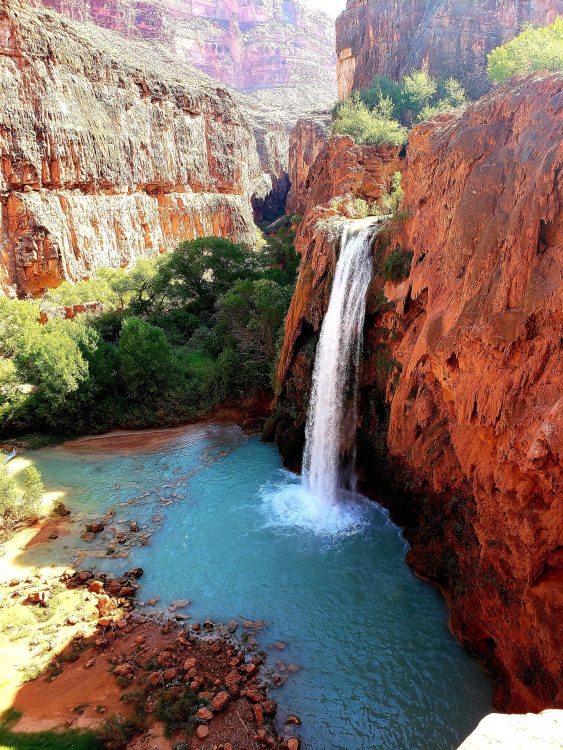 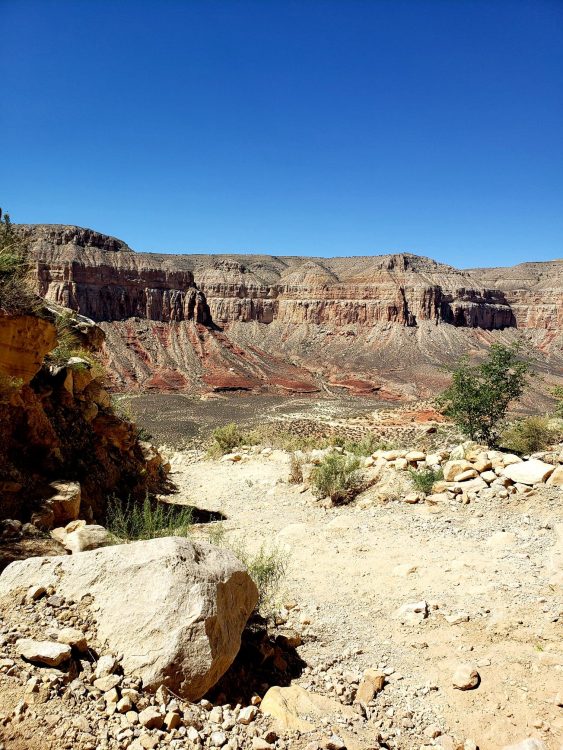 Springs are typically cold in the morning and will stay cool most of the day starting around 20 to 30 degrees and maxing out around 67 degrees.

As you get into the later months of spring, the highs will start to climb into the mid-’80s and the lows will stay around the 40 to 50-degree range.

Summer is where the sun starts to show its bite.

The average low stays consistently in the low 60’s while the days will average out to high 90’s, even breaking into the 100’s.

During these months, be sure to bring plenty of water because dehydration is one of the biggest killers in the desert.

Fall is where the weather will change pretty drastically the further in you go.

At the start of fall, temperatures can range from the mid-’80s to low 90’s and drop to around 60 degrees at night. The further in you go to fall, like October and November, outside weather will start falling about 10 to 13 degrees a month bottoming out at the low 60’s for the high.

Winter isn’t actually too bad during the day with the coldest months being December and January topping out at 53 degrees. The nights all seem to have an average of 30 degrees varying a few degrees either way. 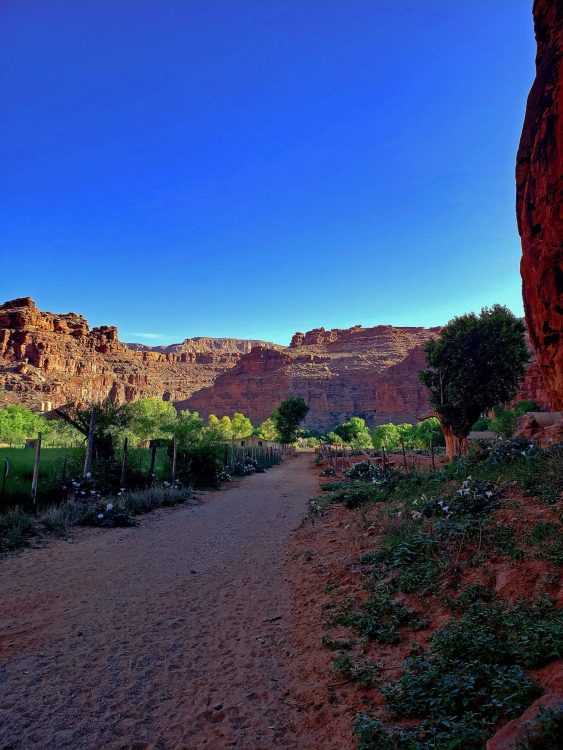 Spring down in the Havasupai village is about the same as the Hualapai hilltop even though it is deeper into the canyon. While a little warmer, Spring will range from the low 70’s going up as high as 88 degrees in May. You can expect weather at night to be as low as 40 degrees with it hitting 55 degrees in May.

Because of the elevation difference between the Havasupai village and the Hualapai Hilltop, summers are about five degrees warmer with most summer days easily hitting 98 degrees and going over 100 on some days. Surprisingly though, the difference of the weather at night is hardly noticeable staying at that comfortable 65 to 70-degree zone.

Summer is really the only month where the surrounding weather trends higher than at the hilltop so during the fall months, you can expect to feel the same temperatures as the hilltop. Highs will start at 92 degrees and creep down to 65 in November and lows will be 58 degrees and drop to 40 in November

Winter at Havasupai village isn’t a Christmas wonderland, but that doesn’t mean that it won’t get cold at night. Thankfully, the lowest high will hover around the mid to low 50’s and peak at 60 degrees during February. Much like Hualapai Hilltop, the nights will hover around 30 to 35 degree with February being the hottest of the three months.

If you’re wondering what the weather is like for Havasu Falls, Mooney Falls, and Beaver Falls, just use the average weather for Havasupai village as a guide because it is nearly identical.

Havasu Falls and Beaver Falls may seem hotter, but that’s only because they see more direct sunlight than Mooney Falls.

So if you’re looking to feel a little warmer or do more water activities, Havasu Falls or Beaver Falls are your go to.

If sitting in the shade and chilling next to a waterfall is your cup of tea, then Mooney is the place for you.