The John J Clark Memorial is a point of interest within the Valley of Fire State Park near Overton, Nevada.

Click here to view all the points of interest at the Valley of Fire. 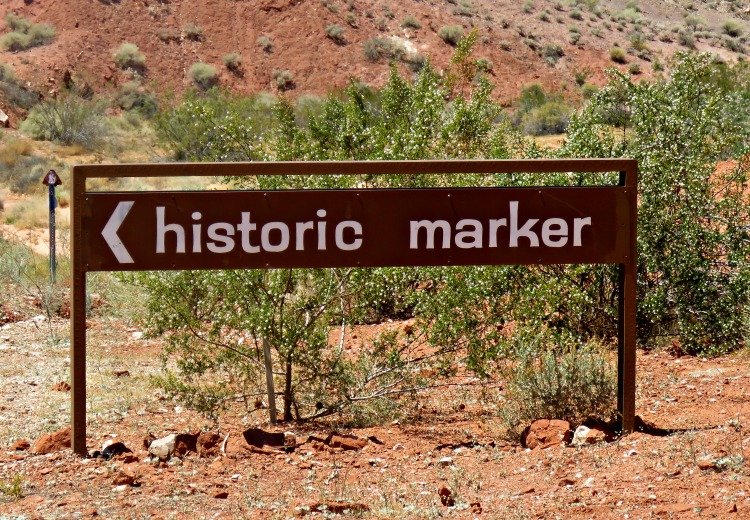 Look for this sign when traveling on State Route 169 where you will find a turnout to park to view the monument approximately 150′ from the road to commemorate Sargent John J. Clark. 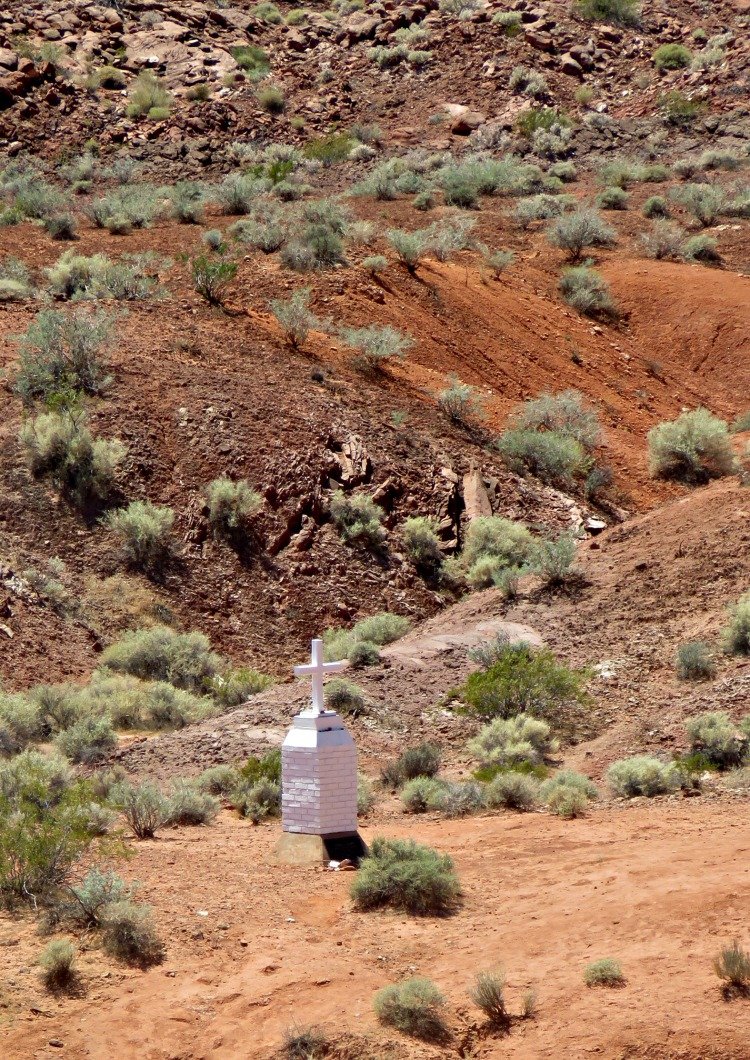 The John J. Clark memorial was erected June 1949 by the citizens of Overton, Nevada to honor the pioneer traveler who was traveling on Arrowhead Trail. 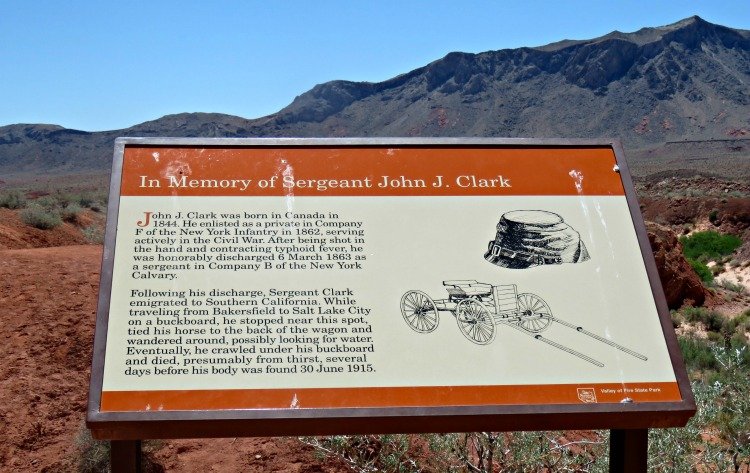 John J. Clark was born in Canada in 1844. He enlisted as a private in Company F of the New York Infantry in 1862, serving actively in the Civil War. After being shot in the hand and contracting typhoid fever, he was honorably discharged 6 March 1863 as a sergeant in Company B of the New York Calvary.

Following his discharge, Sargeant Clark emigrated to Southern California. While traveling from Bakersfield to Salt Lake City on a buckboard, he stopped near this spot, tied his horse to the back of the wagon and wandered around, possibly looking for water. Eventually, he crawled under his buckboard and died, presumably from thirst, several days before his body was found 30 June 1915.