You may be surprised to find that Las Vegas is home to some pretty cool aquariums.

While Las Vegas aquariums are few and far between, what our city does offer residents and locals are a not miss if you are looking for some indoor family-friendly things to do.

Well, one is sort of outdoors… ! 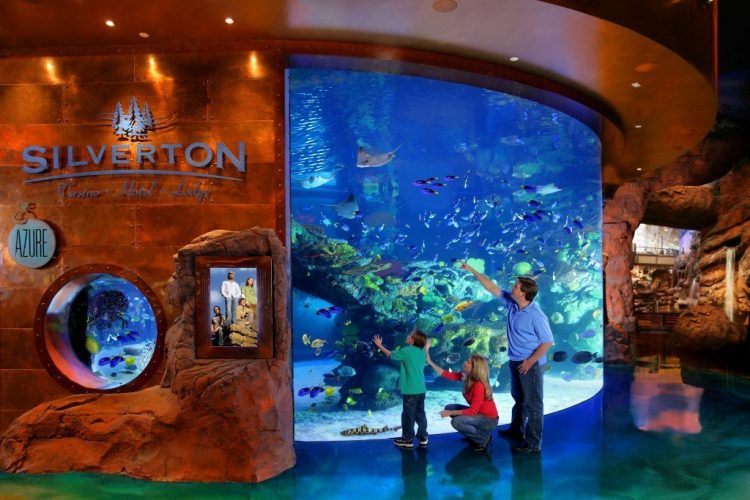 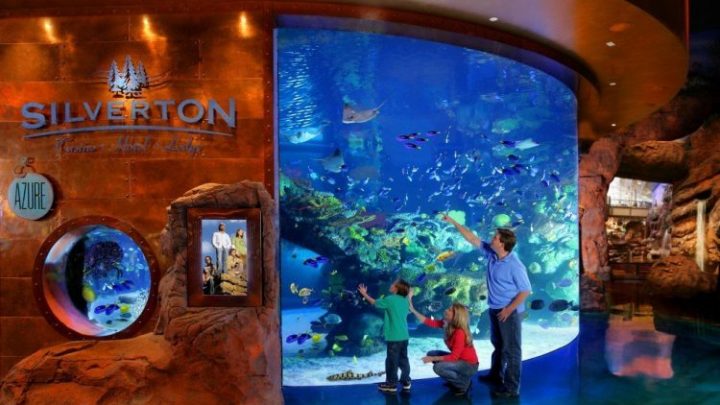 Everyone wants to swim with the sharks but always fear that it won’t be as safe as they would like. At Golden nuggets aquarium Las Vegas, your dream of swimming with the sharks without getting hurt can come true. Just slide down the water slide and there you’ll have 5 species of sharks waiting to swim with you in a 200,000 gallon water tank. The pool has three stories and is a luxurious one. It also has a variety of salt water fish with up to 300 different species. This pool attracts tourists from all over the state all year because it is heated when the weathers goes cold. All this makes this pool and the amazing water slide fun and super comfortable.

The management and staff at the Golden Nugget know how much people love sharks and that’s why they offer a special tour of the shark tank for those curious people who have thousands of questions in their mind. The Golden Nugget’s resident marine biologist will act as a guide for you on the tour of the 200,000 gallon tank till the end and will answer all the questions asked about the sharks or other fish. So, this tour can also prove to be an educational. The Biologist won’t be talking about the tanks and how they take care of it but he will surely give you enough information about sharks that you’’ll be able to narrate a documentary on sharks. You can also take a shark tooth with you as a souvenir at the end of the tour.

Tickets prices are also affordable. You can book your tickets for 30 dollars per head. The tour starts at 1:30 PM only on Wednesdays. Tickets are available at the hotel desk and also online.

Just behind ‘The Mirage’s’ counter is this beautiful aquarium located. Most of the space will be covered by guests and hotel employees helping the arriving guests. So, you’ll have to creat some space of your own and as soon as you manage to stand right in front of the glass, enthralling scenes are guaranteed. There are no live coral in the Mirage aquarium and is home of over 1000 coral reef fish. Rainbow gobys are the most popular of them all because they are full of colors and very pleasing to the eye.

The aquarium also has the ‘Percula Clown Fish’ and ‘The Blue Tang’ fish for all Finding nemo fans.  These fish are also very popular because all kids want to see ‘Nemo and Dory’ swimming right in front of their eyes.

The Mirage Aquarium has fish from all around the globe; Australia, Marshal Islands, Tonga, Hawaii,  the Red Sea, The Sea of Cortez and the Caribbean. Capacity of the tank is 20,000 gallon and there is a 4-inch acrylic glass between the fish and the tourists.

When you get enough of the aquarium ( Which is nearly impossible), you can visit the arboretum that is tropical jungle themed to take some splendid family photos

These were the best aquariums of Las Vegas. If you still haven’t decided where to go, just visit these amazing places and it’s a guarantee that you’ll be stunned.