Pony Express | The Route, The Riders, The Ruins Left Behind

What was the Pony Express Overview

The Pony Express was an American express mail service that used relays of horse-mounted riders. It was operated by Central Overland California and Pikes Peak Express Company.

During its 18 months of operation, the Pony Express reduced the time for messages to travel between the east and west US coast to about 10 days. It became the west’s most direct means of east-west communication before the first transcontinental telegraph was established (October 24, 1861), and was vital for tying the new U.S. state of California with the rest of the United States.

How Long Did the Pony Express Last 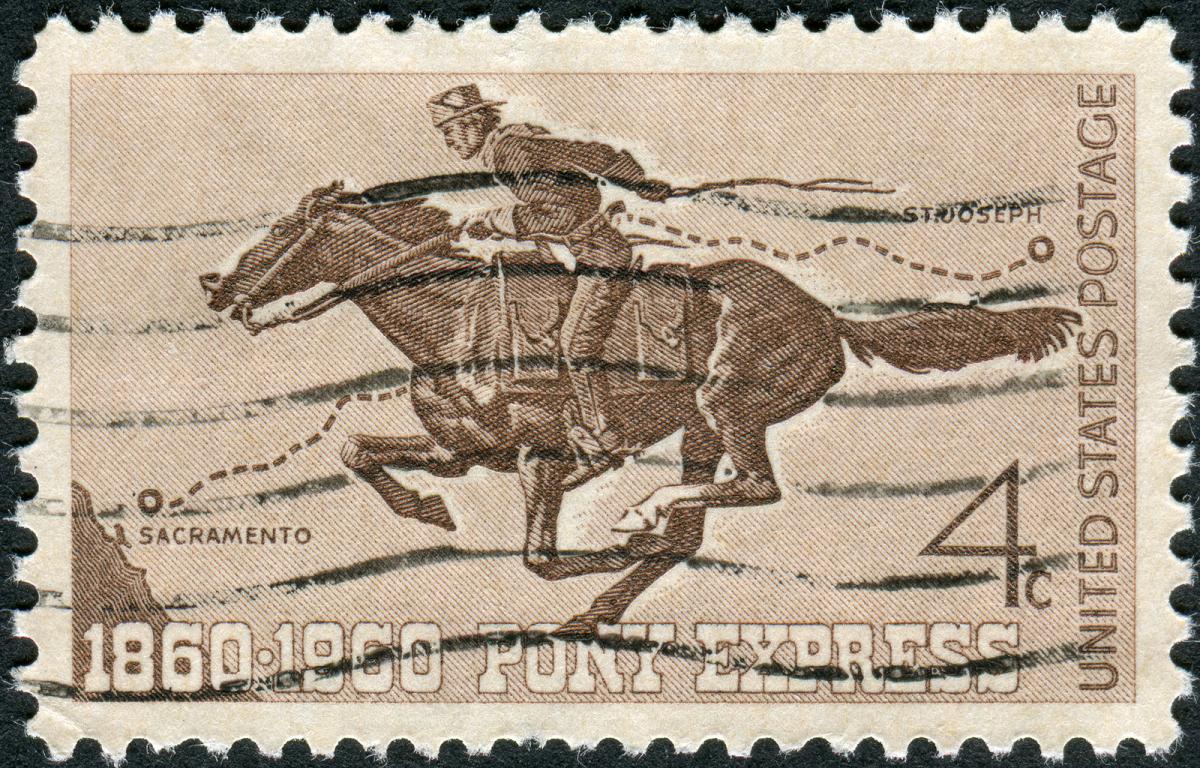 When Was the First Mail Delivered via the Pony Express

The first westbound Pony Express trip left St. Joseph on April 3, 1860, and arrived 10 days later in Sacramento, California, on April 14. These letters were sent under cover from the east to St. Joseph, and never directly entered the U.S. mail system. Today, only a single letter is known to exist from the inaugural westbound trip from St. Joseph to Sacramento.[27] It was delivered in an envelope embossed with postage (depicted below) that was first issued by the U.S. Post Office in 1855.

Who was the Most Famous Pony Express Rider?

In May 1860, Robert “Pony Bob” Haslam took off on the most legendary ride in Pony Express history. The 20-year-old was scheduled to make his usual 75-mile run from Friday’s Station east to Buckland Station in Nevada.

He came to the United States as a teenager and was hired by Bolivar Roberts, helped build the stations, and was assigned the run from Friday’s Station (State Line) to Buckland Station near Fort Churchill, 75 miles to the east. Perhaps his greatest ride, 120 miles in 8 hours and 20 minutes while wounded, was an important contribution to the fastest trip ever made by the Pony Express. The message carried was Abraham Lincoln’s Inaugural Address.

How Many Pony Express Stations Were There

The Pony Express route consisted of almost 200 stations that covered 2,000 miles throughout eight states, which were mostly in Nebraska, Nevada, Utah, and Wyoming.

Each rider generally rode 75 to 100 miles and changed horses every 10 to 15 miles with the entire route taking about 10 days to cover.

Below are the states on the Pony Express route, the number of stations, and how many miles within each state.

Are There Any Pony Express Stations Left

Most of the original Pony Express stations no longer exist or are in ruins. 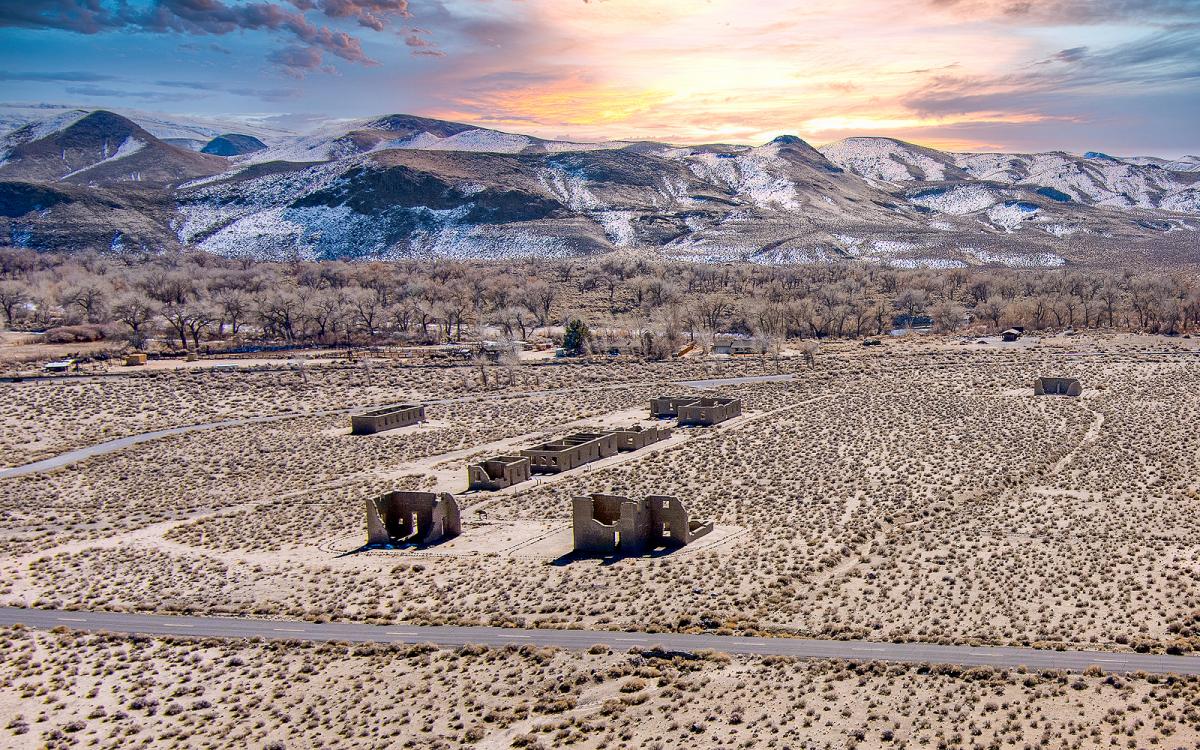 What Replaced the Pony Express?

Nineteen months after launching the Pony Express, it was replaced by the Pacific Telegraph line. The Pony Express was no longer needed. While it existed, the Pony Express provided a needed service but it was never quite the financial success it was hoped to be.

Where Did the Pony Express Begin and End?

From Missouri to California the Pony Express riders could deliver a letter faster than ever before. The Pony Express was in operation for only 18 months between April 1860 and October 1861. Nevertheless, the Pony Express has become synonymous with the Old West.

How Far Did the Pony Express Riders go in One Day?

Riders would travel 75 to 100 miles a day, switching horses every 10 to 12 miles. The fastest delivery in the history of the Pony Express was seven days and seventeen hours.

How Close Together Were Pony Express Stations?

Pony stations were generally located between 5 to 20 miles apart. The terrain and its effect on horse travel determined the number and the distance between stations. Stations that already existed for the stagecoach line were also used for “The Pony”. 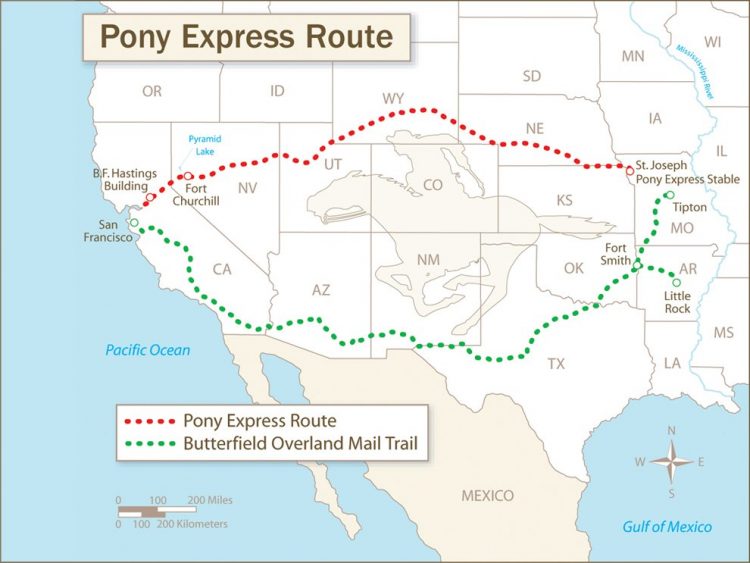 This route roughly follows today’s US 50 across Nevada and Utah.

Beginning at St. Joseph, Missouri, the approximately 1,900-mile-long (3,100 km) route roughly followed the Oregon and California Trails to Fort Bridger in Wyoming, and then the Mormon Trail (known as the Hastings Cutoff) to Salt Lake City, Utah. From there, it followed the Central Nevada Route to Carson City, Nevada Territory, before passing over the Sierra and reaching to Sacramento, California. From there mail was transferred to boats to go downriver to San Francisco. On a few instances when the steamer was missed, riders took the mail by horseback to Oakland, California.

Below are the Pony Express Stations located in the Southwest states of California, Nevada, and Utah. 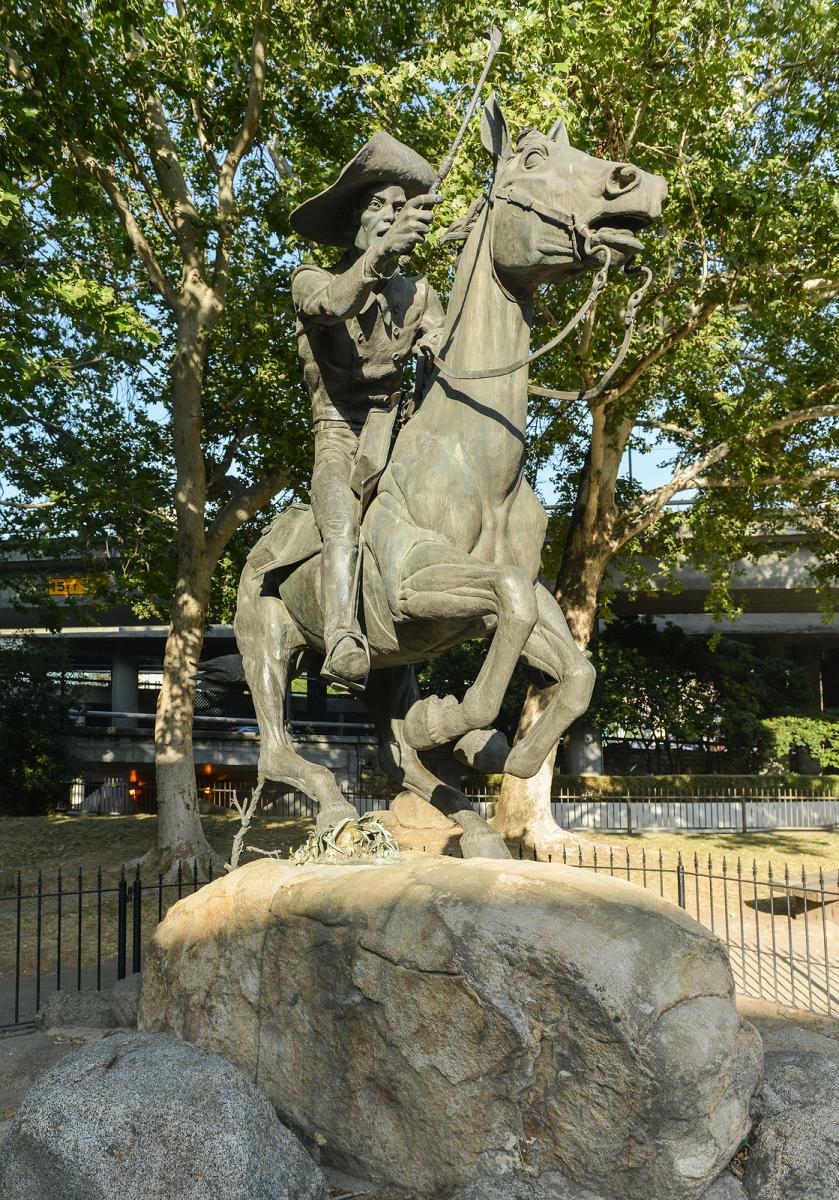 California’s gold was very important to the Union, so communication with the state was critical to keep it from seceding, along with the southern states.   The Pony Express helped to keep California in the Union by delivering President Lincoln’s March 4, 1861, inaugural address in 7 days, and 17 hours. 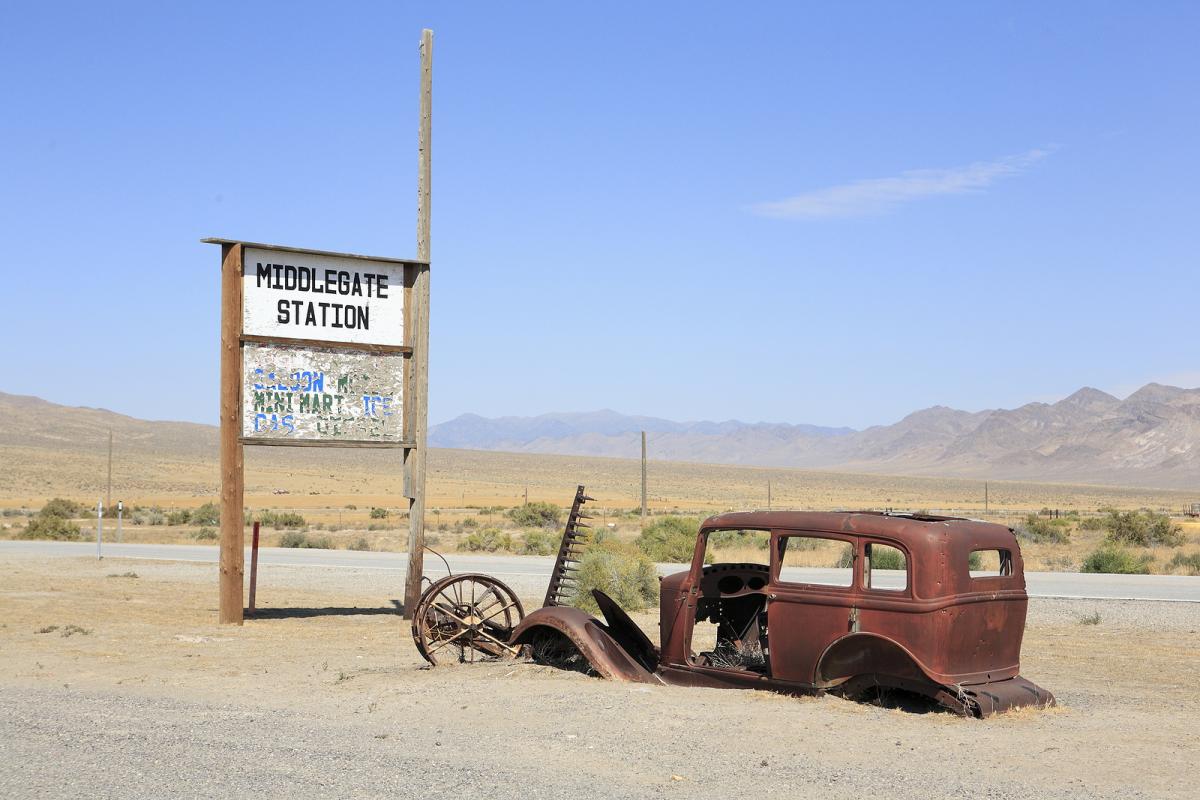 Middlegate Station, Nevada – Situated in between Fallon and Austin, with a population of 17.

About 80% of the Pony Express Trail in what is now Nevada is on national resource lands—available to the public.  These Pony Express miles were unforgiving and difficult for riders and station keepers, alike. 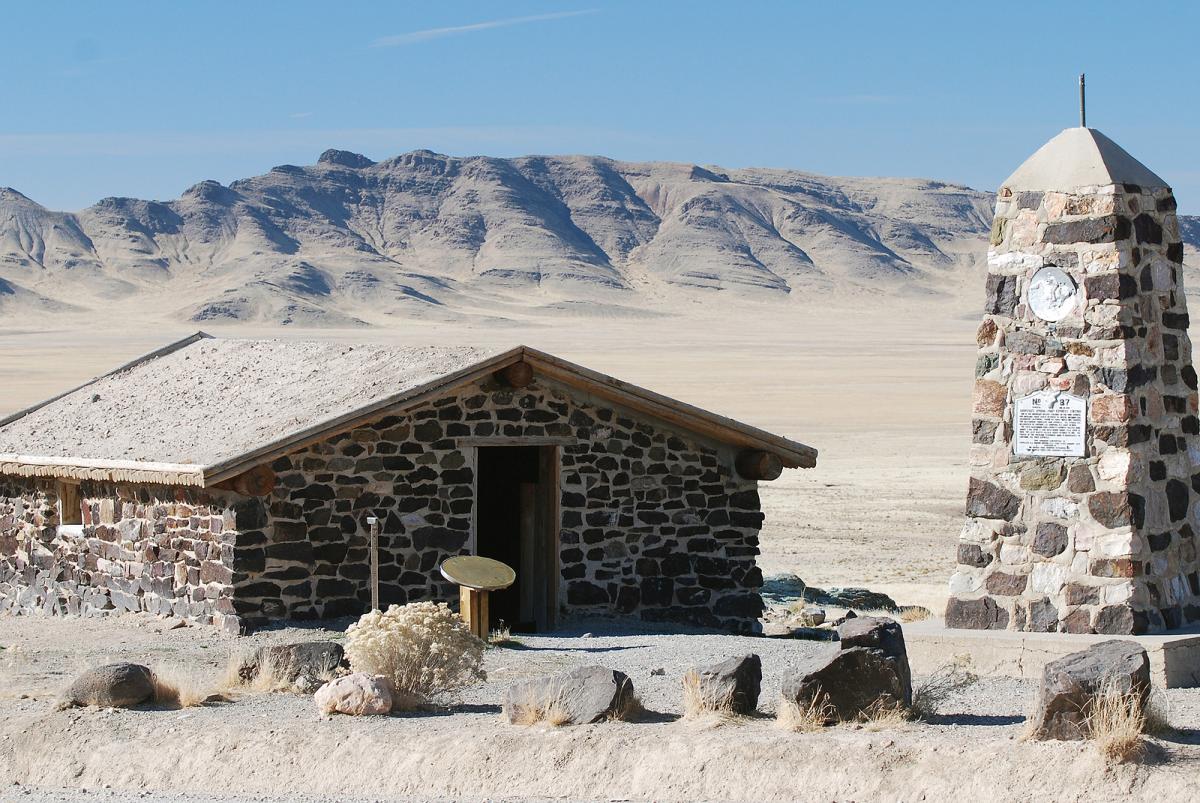 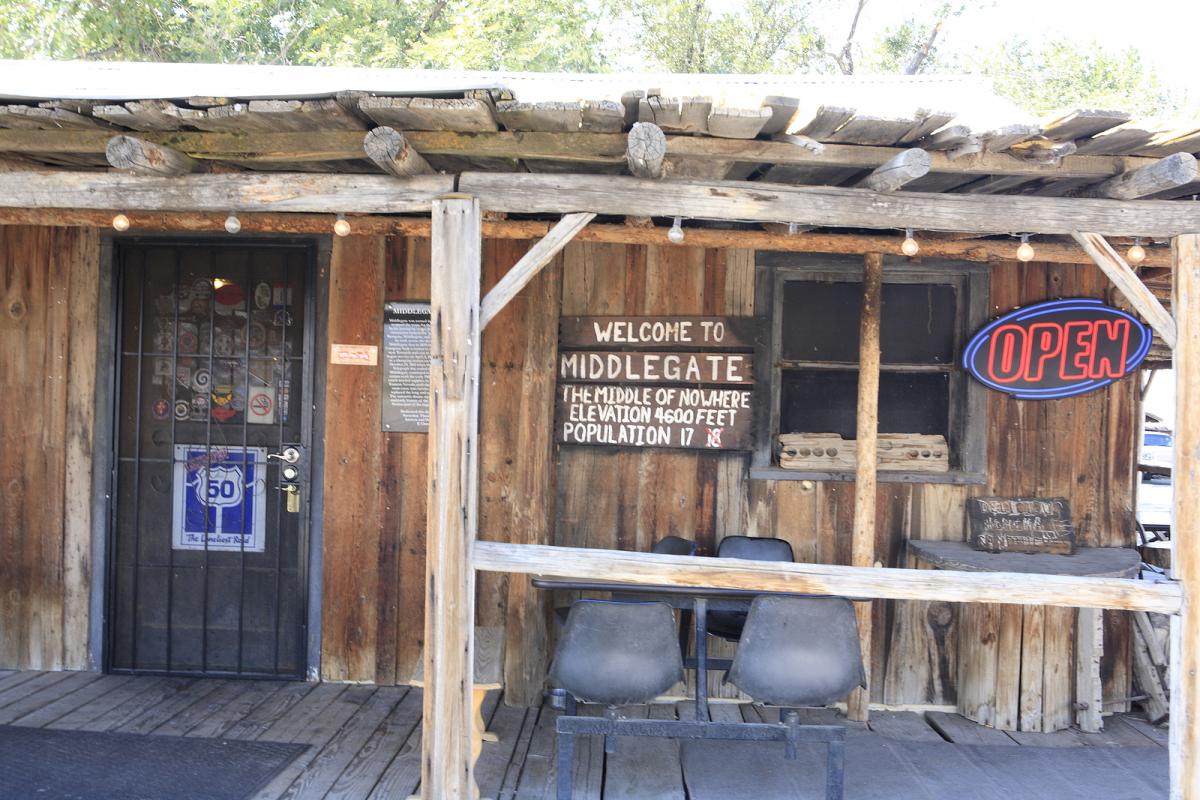 Middlegate Station, Nevada – Situated in between Fallon and Austin, with a population of 17.

I, … , do hereby swear, before the Great and Living God, that during my engagement, and while I am an employee of Russell, Majors, and Waddell, I will, under no circumstances, use profane language, that I will drink no intoxicating liquors, that I will not quarrel or fight with any other employee of the firm, and that in every respect I will conduct myself honestly, be faithful to my duties, and so direct all my acts as to win the confidence of my employers, so help me God.

The oath above was used to swear in Pony Express Riders.

There is not an “official” list of the Pony Express riders and the list below has been compiled from various sources from newspapers to family histories.

These brave riders were young men (boys) and grown men who had a sense of adventure and tackled inclement weather and harsh conditions. 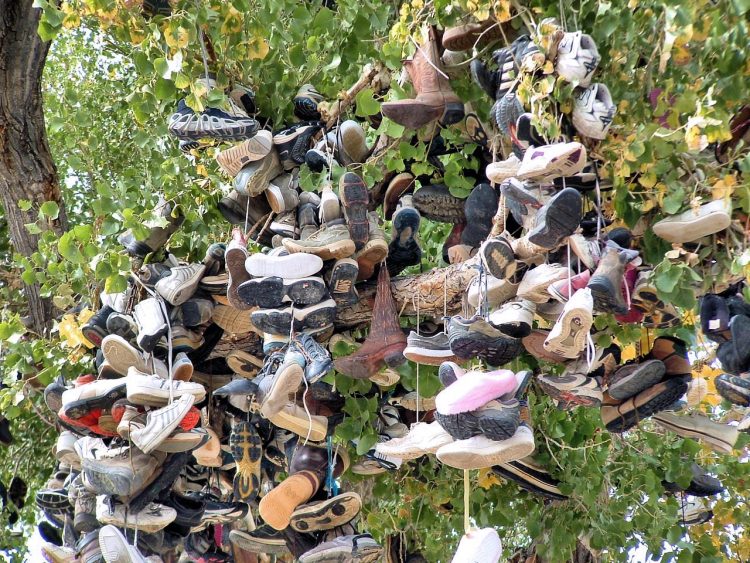