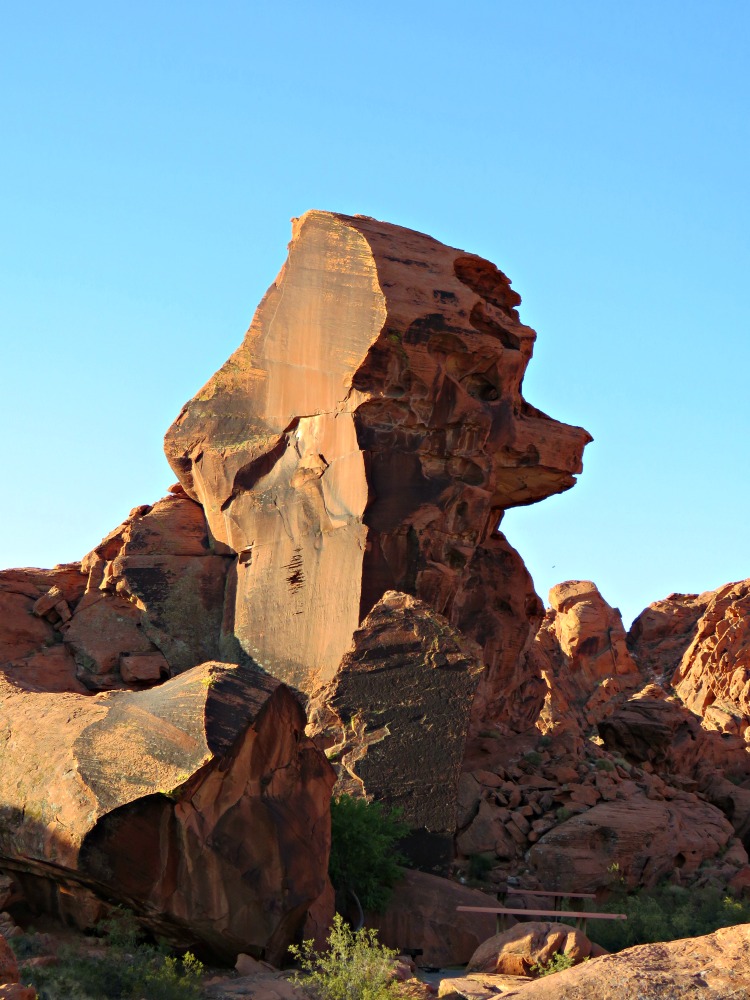 Poodle Rock at Valley of Fire

Poodle Rock at the Valley of Fire is located past the Arch Rock Campground.

Park at the campground exit to walk around to capture the Poodle Rock from different angles.

While not an “official” Valley of Fire geological formation, this rock formed from 10’s of 1,000’s of years is known by many as “Poodle Rock.”

For astrology and photography fans, set up a night shot with the stars behind it for an amazing scenery photo.

Poodle Rock at Valley of Fire