Located approximately 10 miles south of Las Vegas Boulevard and St. Rose Parkway in Henderson, NV, Seven Magic Mountains is one of the largest land-based art installations in the United States since the early 1990s. 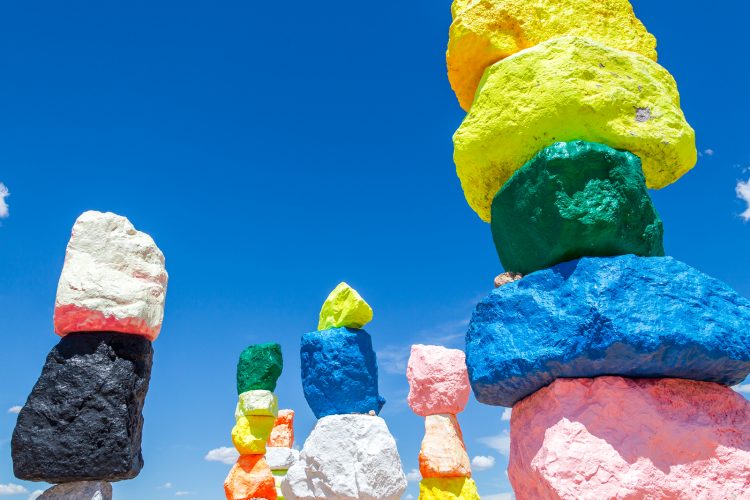 The colorful rock display was supposed to be around from 2016-2018 but the display was extended for another 3 years.

Ugo Rondinone, a renowned Swiss artist known for his colorful and large-scale displays, is the developer behind this exhibition located in the desert outside of Las Vegas, Nevada, featuring seven thirty to thirty-five-foot high dayglow totems comprised of painted, locally-sourced boulders with Jean Dry Lake as the backdrop. 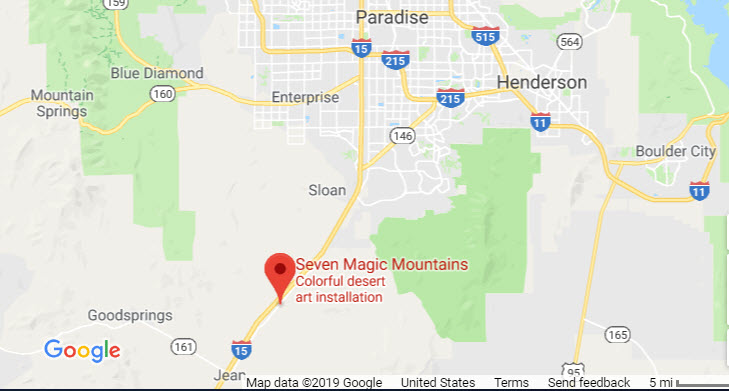 The display is free to the public. 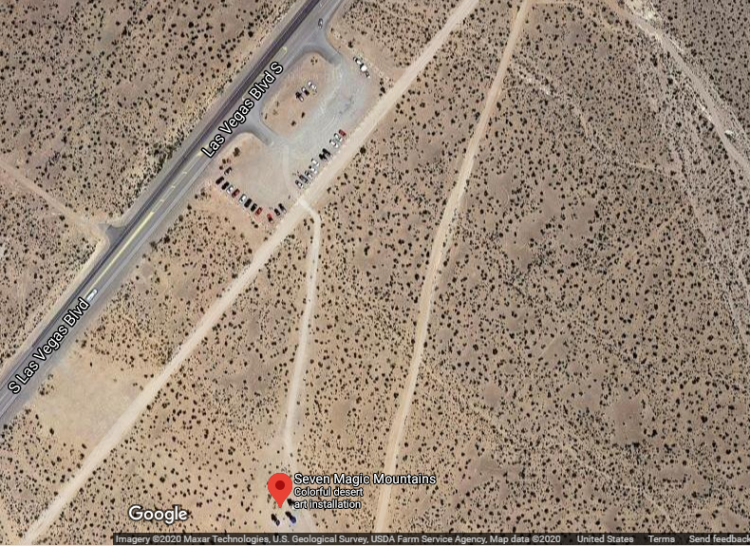 There is a small parking lot off of Las Vegas Boulevard South and then you will follow the trail to the art display.

Best Time of Year to Visit

Due to the location and lack of shade, it is recommended that you visit in the cooler months since Vegas summers area over 100 degrees and higher.

What to Take to Seven Magic Mountains

If you are heading to enjoy this display, be sure to pack enough water or electrolytes for your group. If you want to stay and enjoy the area, pack a lunch and cooler to take along for the trip.

And don’t forget your camera!

From our research, it appears that the area where the art display is located is outside of restricted airspace to fly a drone. Be sure to check your drone software/mobile app when you arrive to make sure you are “clear to fly.”