Wahmonie was a mining district in Nye County, Nevada.

The Hornsilver Mine was worked prior to 1905, but the Wahmonie name dates from 1928 when new discoveries were made. Activity in the district ceased by 1936.

Gold was not found in sufficient quantity to sustain the place, and the site was quickly abandoned with Wahmonie being the last large mining rush in Nevada.

The Population of Wahmonie Nevada

The Wahmonie district is on the southern slopes of Lookout Peak and extends south to the northern slope of Skull Mountain – on the eastern side of Jackass Flats west of Cane Spring, in what is now the Nevada Test Site. 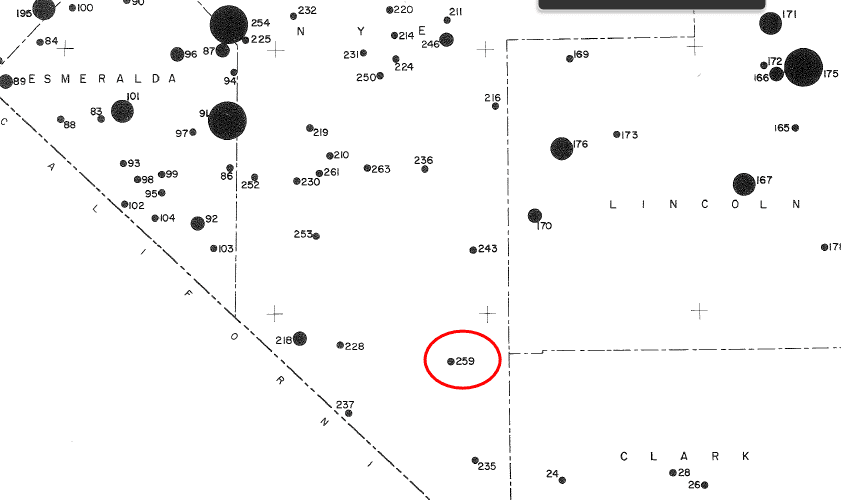 None at this time.