What is a Banded Rock Rattlesnake 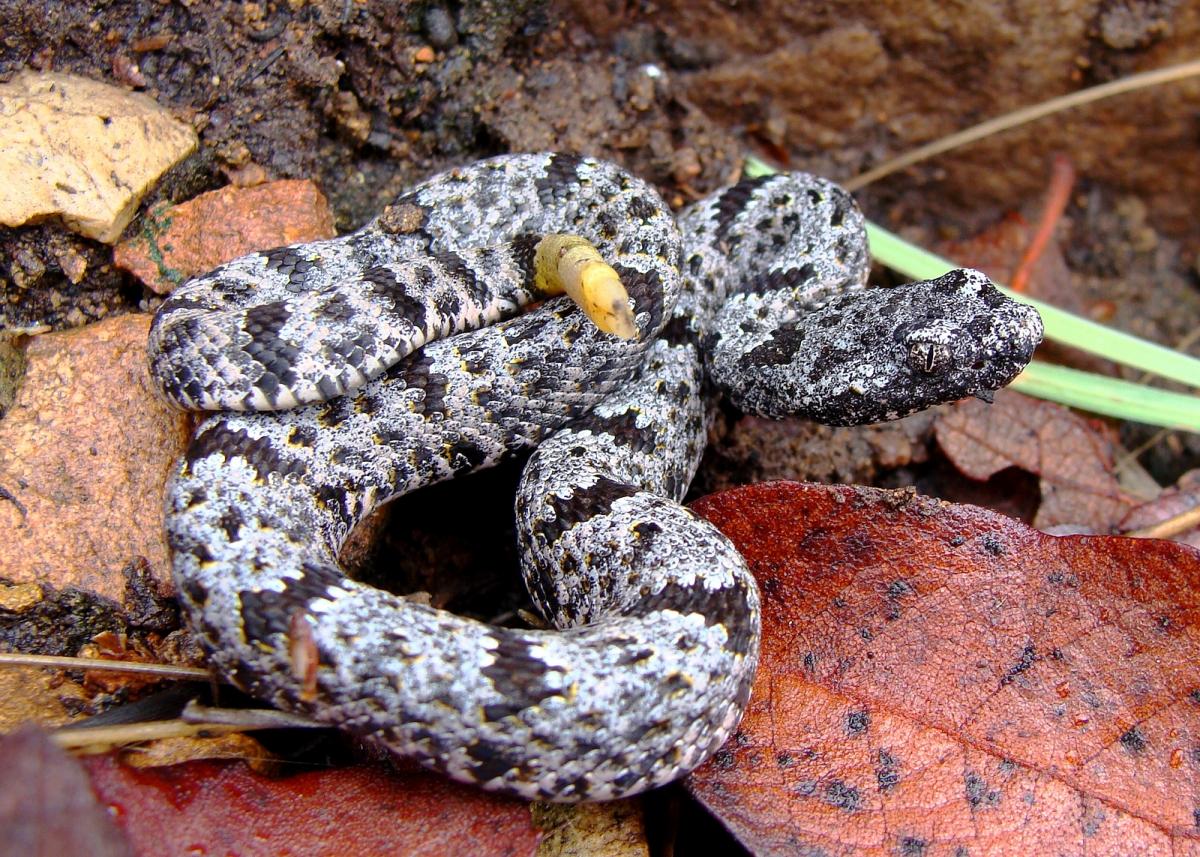 The Banded Rock Rattlesnake is a decently small but definitely fierce rattlesnake that lives in the American southwest and parts of northern Mexico. Maybe not super fierce because they prefer to spend their time hiding under rocks in canyons, as well as grasslands and pine forests. They also prefer to not use their rattle to bring attention to them but rather lay low and let their camouflage blend them into their surroundings.

The Banded Rock Rattlesnake are fast snakes that use thermal and vibration detection to see larger predators like humans or other mammals to ensure it can avoid them the best it can. In all reality, this snake is actually pretty docile as far as wild snakes are concerned but just because they would rather avoid confrontation, it doesn’t mean they won’t strike if they need to.

Banded Rock Rattlesnakes, like most other rattlesnakes, can inject venom into their victims which will cause havoc around the bite wound as well as deeper into the body if you’re unlucky. Their venom consists mainly of hemotoxins which causes blood to no longer act like blood. When hemotoxin is introduced into the body, red blood cells are destroyed causing widespread hemorrhaging, muscle damage, and even organ damage.

Now with all that being said, it sounds like a bite from this snake is horrible and while it can be nasty, it rarely gets bad enough to where it kills someone as long as they get immediate medical attention to treat the venom.

Thankfully Banded Rock Rattlesnakes venom is not nearly as potent as a Mojave Green Rattlesnake and they don’t pump nearly as much venom into you as a Western Diamondback Rattlesnake would but they should still be treated with respect and caution.

Every rattlesnake bite could lead to death if left untreated so don’t try to tough it out even if it’s from a “lesser” rattlesnake.

For a majority of the time, Banded Rock Rattlesnakes will be gray or light gray in color with dark gray or black bands that run the length of its body. Often times, you will see spotting in between the bands which can give it a speckled appearance, much like the Speckled Rattlesnake.

These snakes will have a small, triangle shape head with a narrow neck that leads to a medium sized, but thick, body.

Banded Rock Rattlesnakes will grow anywhere from 16 to 27 inches in length making it a small to medium sized rattlesnake. Some males have been known to reach lengths of 31 inches.

These snakes will prey on invertebrates, small mammals, birds and even other snakes.

Even though information is limited on Banded Rock Snakes mating habits, its thought that mating is in the summer months of July to late August. Females will give live birth to around 2 to 8 snakes at a time in the spring.

You can expect to find the Banded Rock Rattlesnake in the American southwest as well as northern and central Mexico.

In the U.S, you can find these snakes in southeastern Arizona, New Mexico, and western Texas.

What is a Banded Rock Rattlesnake