Cacti of the Southwest » What is a Barrel Cactus (Echinocactus grusonii)

What is a Barrel Cactus

One of my favorite desert plants is the Barrel Cactus. 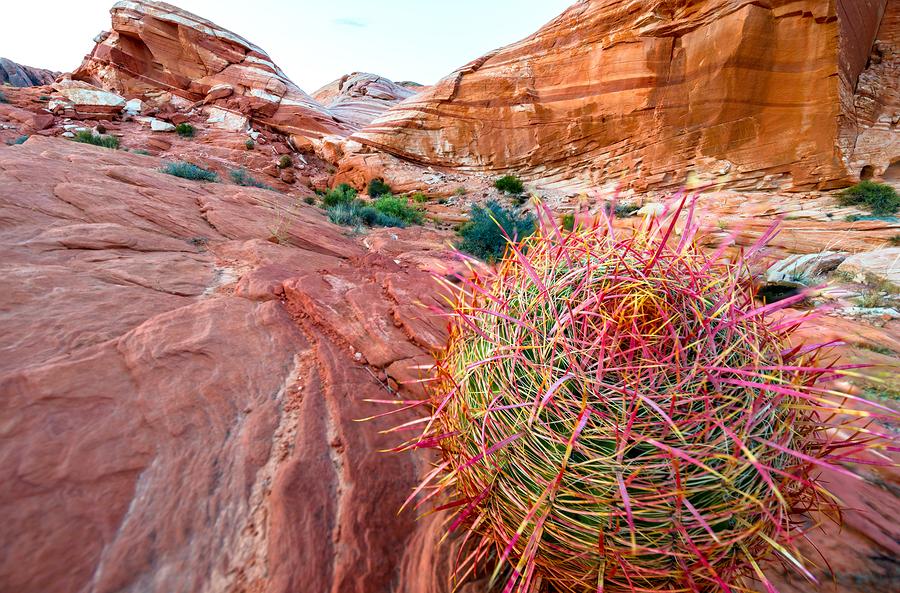 The ribs are numerous and pronounced, and the spines are long and can range in color from yellow to tan to red, depending on the age of the plant and the species.

Flowers appear at the top of the plant only after many years.

The barrel cactus can live to be over 100 years old.

Some species of barrel cactus reach over 3.3 feet in height at maturity and have been known to reach 9.8 feet in some regions.

As the flowers wilt away, small pineapple-shaped greenish fruit may form. Left untouched, the fruit has been known to last a full calendar year. The fruit can be easily removed but is not usually consumed because it is fairly dry and bitter.

Barrel cactus buds typically start to bloom in April with a bright yellow or orange flower.

The flowers only appear on the very top of the plant.

As the flowers begin to wilt in early May, they may change color.

A late summer desert rainstorm can produce a late bloom.

Barrel Cacti are found in the deserts of Southwestern North America with some of the largest specimens found in the Mojave Desert in southern California.

What is a Barrel Cactus

In novel and films, barrel cactus is shown as the answer to desert thirst but the slimy alkaline juice made by mashing the pulpy flesh really is not drinkable, except in extreme emergencies.

Woodrats sometimes live in the base, gnawing at the soft tissue while protected from enemies.

Indians used needles of this cactus as awls, and to apply tattoos.