What is a Black-tailed Rattlesnake

The Black-tailed Rattlesnake is a unique species of rattlesnake that lives in the southwestern United States and even in Mexico.

What makes this rattlesnake unique is its dark black tail which is where it gets its name from, for obvious reasons, and will often have a black line over its eyes leading to its mouth giving it a Zorro-style mask.

There are three subspecies, all of which live in the southwest deserts of the United States as well as Mexico. The only species that lives exclusively in Mexico is the Crotalus Molossus Oaxacus.

Like other rattlesnakes, the Black-tailed Rattlesnake is a venomous species that can inflict a nasty, but usually not fatal, bite if provoked.

Crotalus Molossus’s venom is only two-thirds as potent as the Western Diamondback Rattlesnake which is why it is substantially easier to survive a bite unless you’re a mouse or small animal. 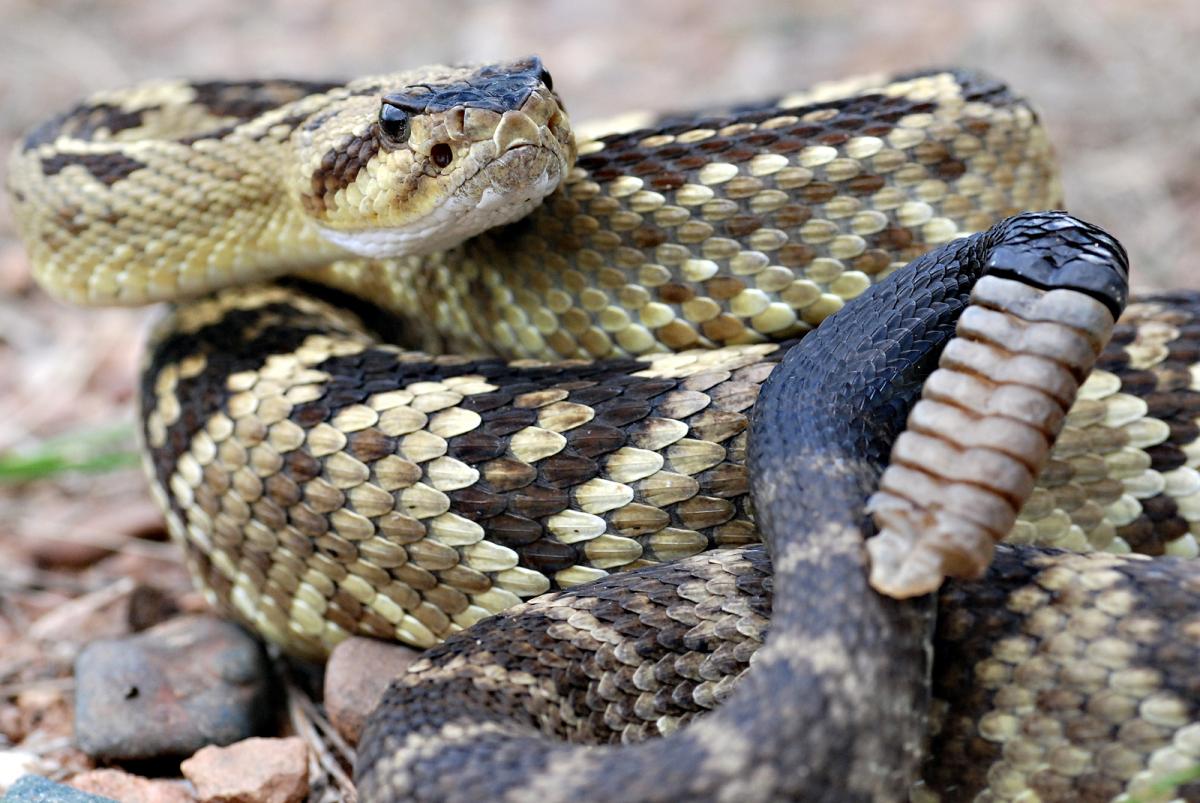 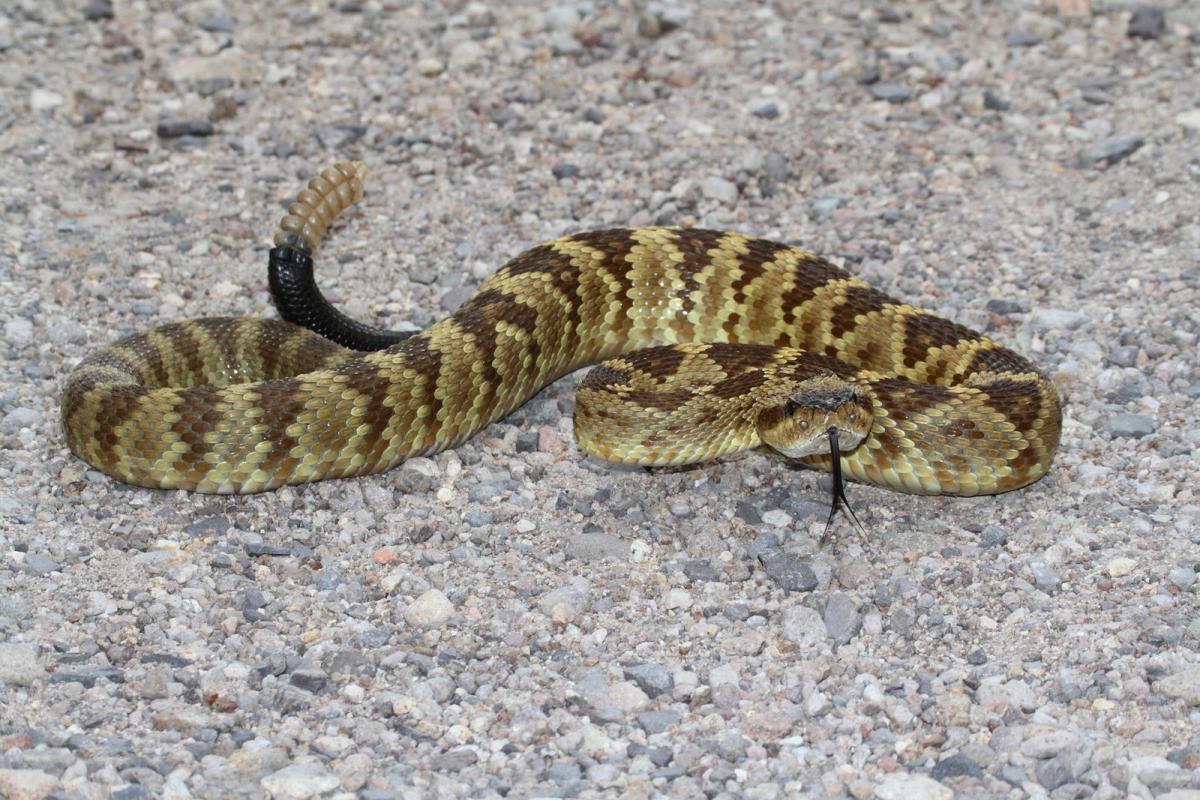 Black-tailed Rattlesnake (Crotalus molossus) coiled to strike in the desert

The Black-tailed Rattlesnake has bands that run down the entire length of its body which vary in color from various yellows, dark greens, and browns.

No matter which color combination you see on its body, it all eventually leads to the distinguished solid black tail.

The length for Black-tailed Rattlesnakes usually ranges from 30 inches all the way up to around 40 inches.

There have been instances where the snake has reached nearly 50 inches but those are rare to see.

The Black-tailed Rattlesnake is a carnivore that hunts rodents, birds, small mammals, and other small reptiles.

Breeding occurs during the spring with eggs hatching in the summer. If you stumble across a Black-tailed Rattlesnake nest, don’t expect to find any eggs because they are an Ovoviviparous snakes.

What that means is the female snake will hold the eggs inside of her until they are ready to hatch and then a live birth occurs. You can expect to find anywhere from 4 to 12 babies when a mother gives birth.

Once breeding is done for both the female and male snake, the male will often stay with the female snake to fight off any other competing males for a few days to ensure no other mating occurs.

Like other snakes once hatched, the babies will linger in the cave or nest for a day or two and then meander out into the world on their own 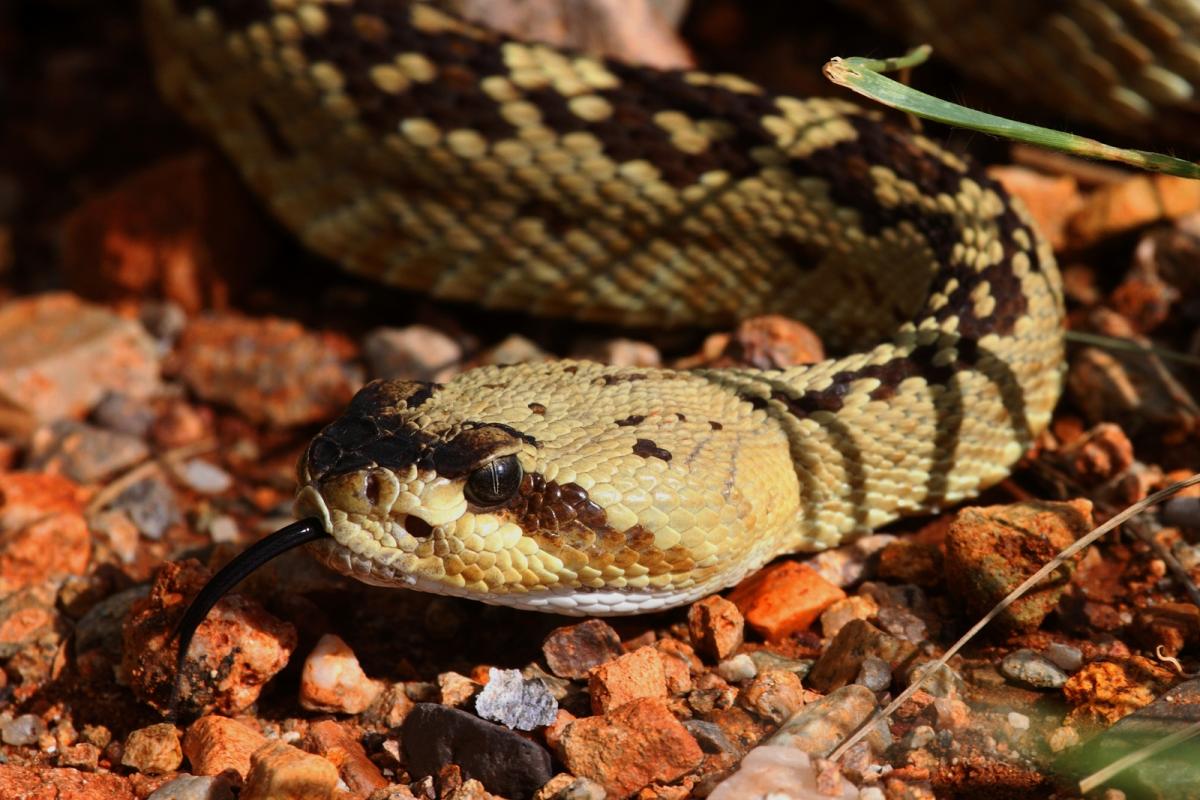 They are found in the American Southwest states of Arizona, New Mexico, Texas as well as most of Mexico.

As stated before, the Crotalus Molossus Oaxacus is the only subspecies of the three known that exclusively live in Mexico.

The Crotalus Molossus Nigrescens and the C. m. Molossus is found in both the United States and Mexico.

As of writing this, there are no national protections for the Black-tailed Rattlesnake as they are commonly found in the wild.

What is a Black-tailed Rattlesnake