Class: Aves » What is a Burrowing Owl (Athene cunicularia)

What is a Burrowing Owl

The Burrowing Owl is a small owl found in North and South America and while it shares excellent hearing and vision with other owls, the Burrowing Owl has some unique characteristics that help it stand out.

The first and most obvious difference between Burrowing Owls and other owls is that they will set up nests and roosts in the ground.

Burrowing Owls on the western side of the United States rely on burrowing animals, such as ground squirrels or desert tortoises, to make their homes as they are not able to dig one themselves.

Burrowing Owls in Florida don’t have to rely on other animals to dig their burrows. 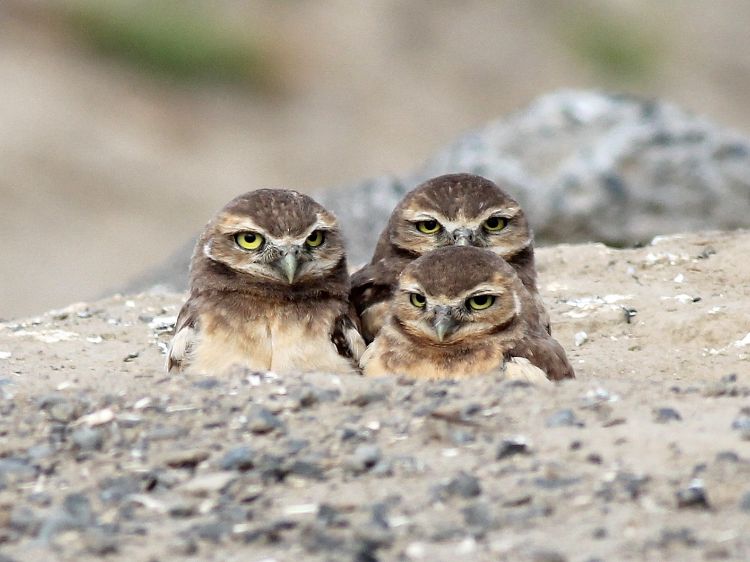 Three Burrowing Owlets peeking out of their desert home.

Another unique trait about these owls is that they are awake during the day and can be seen in the morning or in the afternoon sitting outside of their burrows. During the heat of the day, Burrowing Owls will retreat to their burrows which has also indirectly allowed them to have a higher tolerance to carbon dioxide than other birds. The reason for this is because gas tends to accumulate in their burrows unlike in a traditional tree nest where there is plenty of ventilation to carry the gas away.

Burrowing Owls are small and typically varying shades of brown and white with white eyebrows.

Upon reaching adulthood, the Burrowing Owl will have brown heads and wings with while specks or spotting covering most of their body.

Their Chests are mostly white with either brown spotting or a brownish heugh to them. Burrowing owls will weigh anywhere from 5 to 8 oz (140 to 240 grams).

Even though they like to chill out during the day, Burrowing Owls are like other owls in their hunting habits.

The prefer to hunt during dusk, dawn, or with the cover night and they primarily feed on insects and small rodents. Burrowing Owls have also been known to eat the fruit of prickly pear cactus as well as seeds. 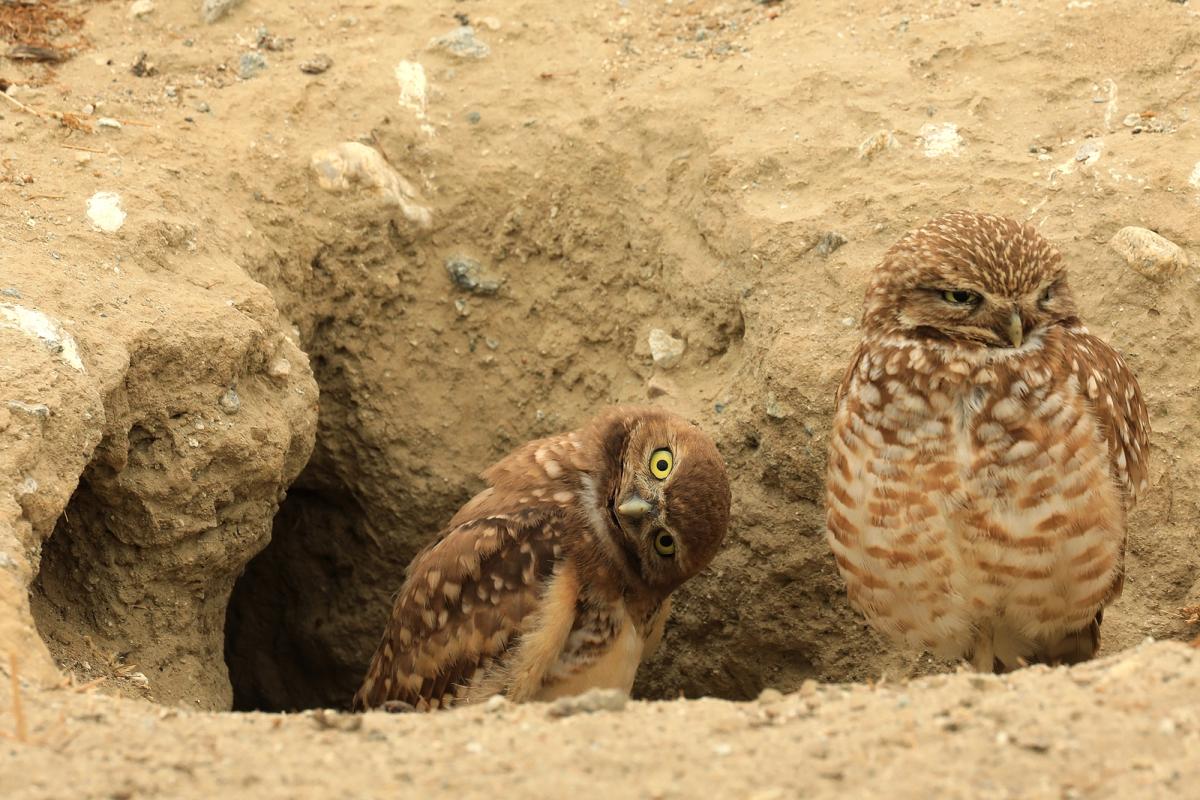 Juvenile Burrowing Owls in Southern California in Their Wild Habitat

Breeding season for Burrowing Owls begins in March and April and has the female laying an egg every day or two until she has laid around 9 eggs. This number can change to as little as 4 eggs and go all the way up to 12.

From there, the eggs are sat on and cared for by the female for nearly a month until the eggs hatch. The male Burrowing owl will bring the female food while she tends to the eggs and both parents will help feed the new born chicks for up to 3 months.

The Burrowing Owl is found in North, Central, and South America and even Canada depending on the time of year. Because of their vast distribution throughout the America’s, we will link a map showing where you can find them provided by birdsoftheworld.org

How Long do Burrowing Owl’s Live

Burrowing Owls tend to live around 6 to 8 years with the oldest known Burrowing Owl being 9 years old.

As of writing this, the Burrowing Owl population has been categorized under the least concern in the United States even though their population is decreasing due to habitat destruction of their burrows as well as the other animals who make their burrows for them. Burrowing Owls are federally protected by the Migratory Bird Treaty Act of 1918 in Canada, the United States, and Mexico. 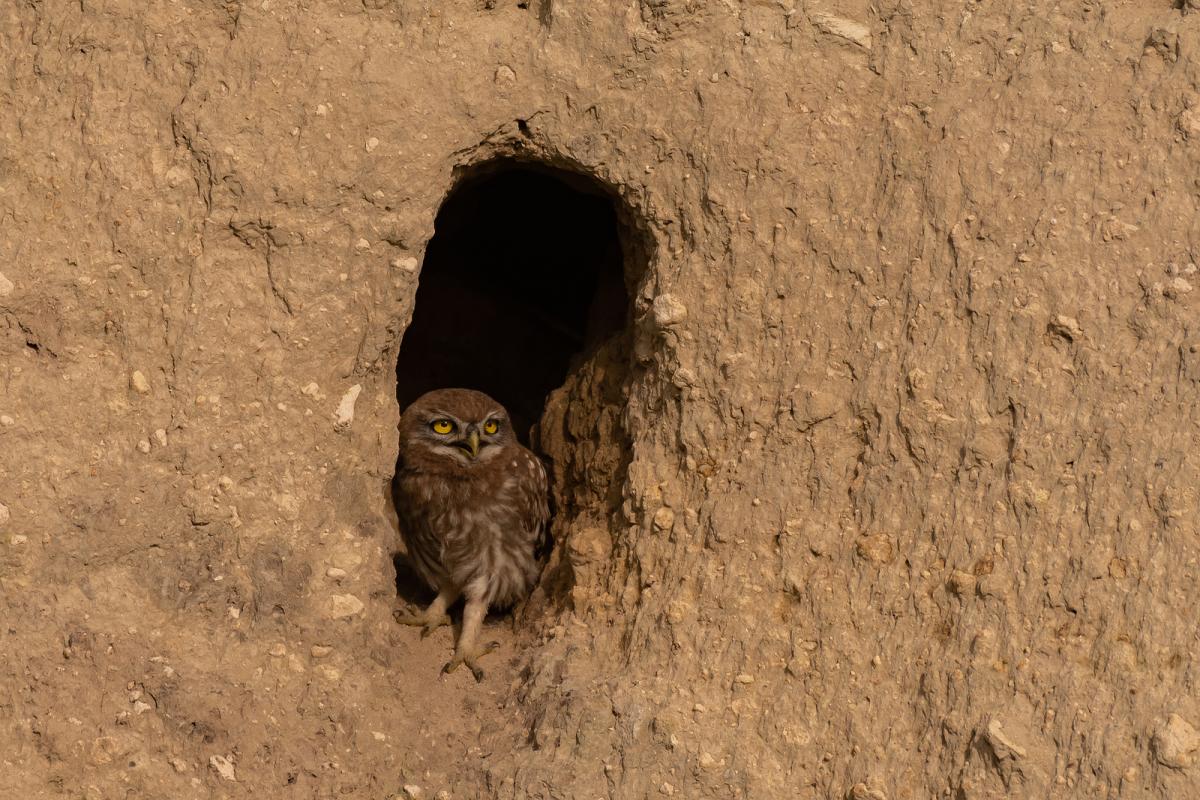 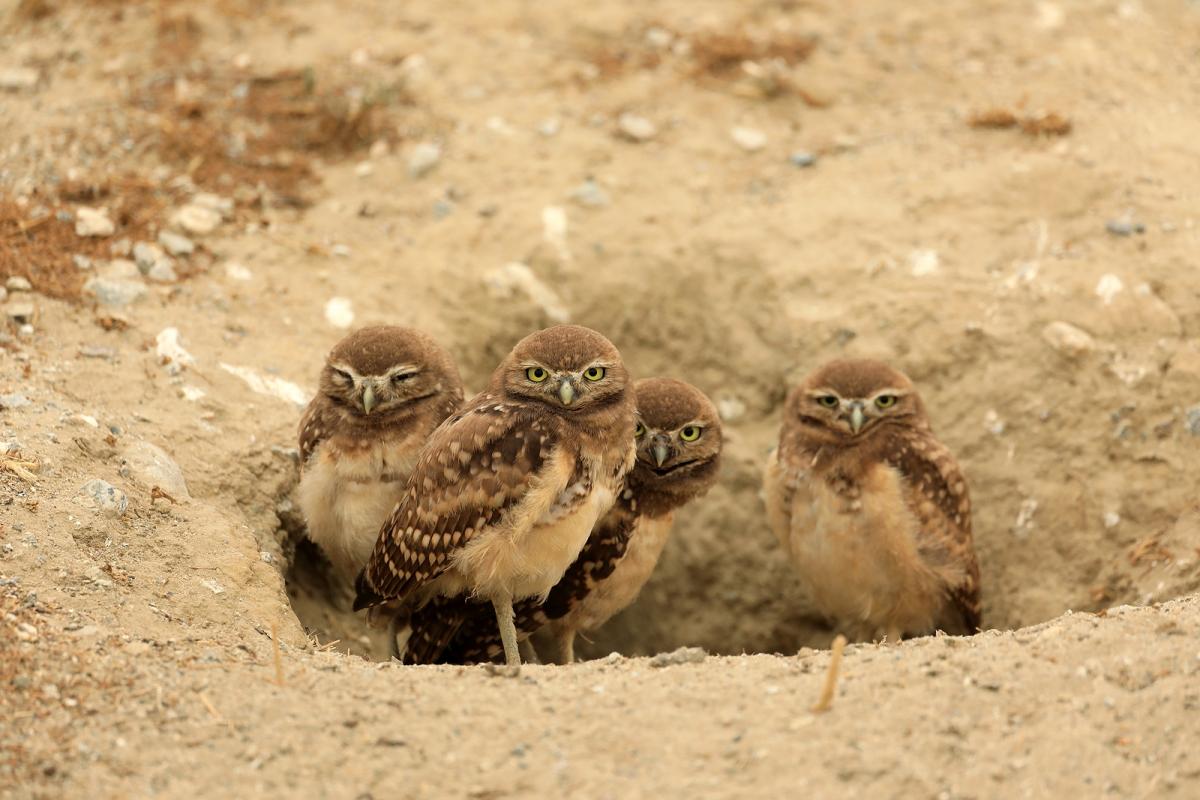 Juvenile Burrowing Owls in Southern California in Their Wild Habitat

What is a Burrowing Owl