What is a Colorado Desert Sidewinder

The last sidewinder on our list of the three subspecies of sidewinders found in the American Southwest is the Colorado Desert Sidewinder. While you may not find these snakes up in the forests of Colorado, these snakes thrive in the Colorado River Basin using their unique movement and hunting abilities to catch prey.

As you could’ve guessed, Colorado Desert Sidewinders move by using a side winding motion that sends the snake forward but at a diagonal or sideways angle. They do this because if they were to slither straight like most snakes, they would dig themselves a rut unable to climb up inclines of loose sand effectively, and could even end up accidentally buried.

While they can cover great distances across the sand, sidewinders actually find areas where rodents and lizards are common and bury themselves in the sand and wait. A lot of times, its prey sources can bolt faster than it can side wind so these snakes have turned to the art of ambushing.

Colorado Desert Sidewinders are rattlesnakes and because of this, are in fact venomous. While they primarily use their venom to immobilize small mammals, their bite can cause serious damage to humans if bitten and left untreated. It’s true that the three subspecies of sidewinders have less potent venom than their relatives, but that doesn’t mean their bite should be treated with any less urgency.

The hemotoxins they produce cause blood cells to rupture and muscles to break down near the bite which is more than enough reason to get help ASAP. If that wasn’t enough, hemotoxic venoms can cause organ damage if left to their own devices which could result in long-term side effects or even death. Again, if you get bit by a sidewinder and you get help you will survive an overwhelming majority of the time barring some freak allergic reaction. A sidewinder bite hasn’t officially killed anyone so it’s best to get help and not be the first. 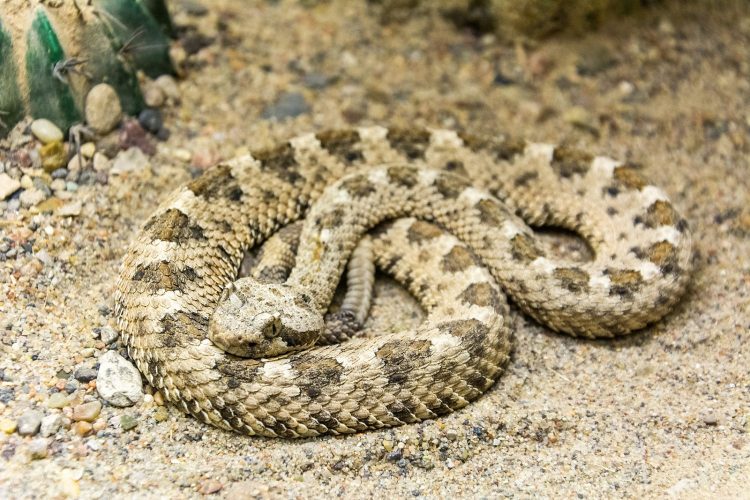 Colorado Desert Sidewinders are thick-bodied, small to medium-sized snakes. Their body follows the same shape and proportions as other rattlesnakes in that it will have a thin neck and tail and a body that thickens as you get closer to the middle of the snake.

Colorado Desert Sidewinders also have a triangle-shaped head but they have two scales that sit atop their eyes that point upward which other rattlesnakes don’t. These scales gave them the nickname, horned rattlesnakes. On their face, the snake will have two dark stripes that start under each eye and go all the way to the back of its jaw. 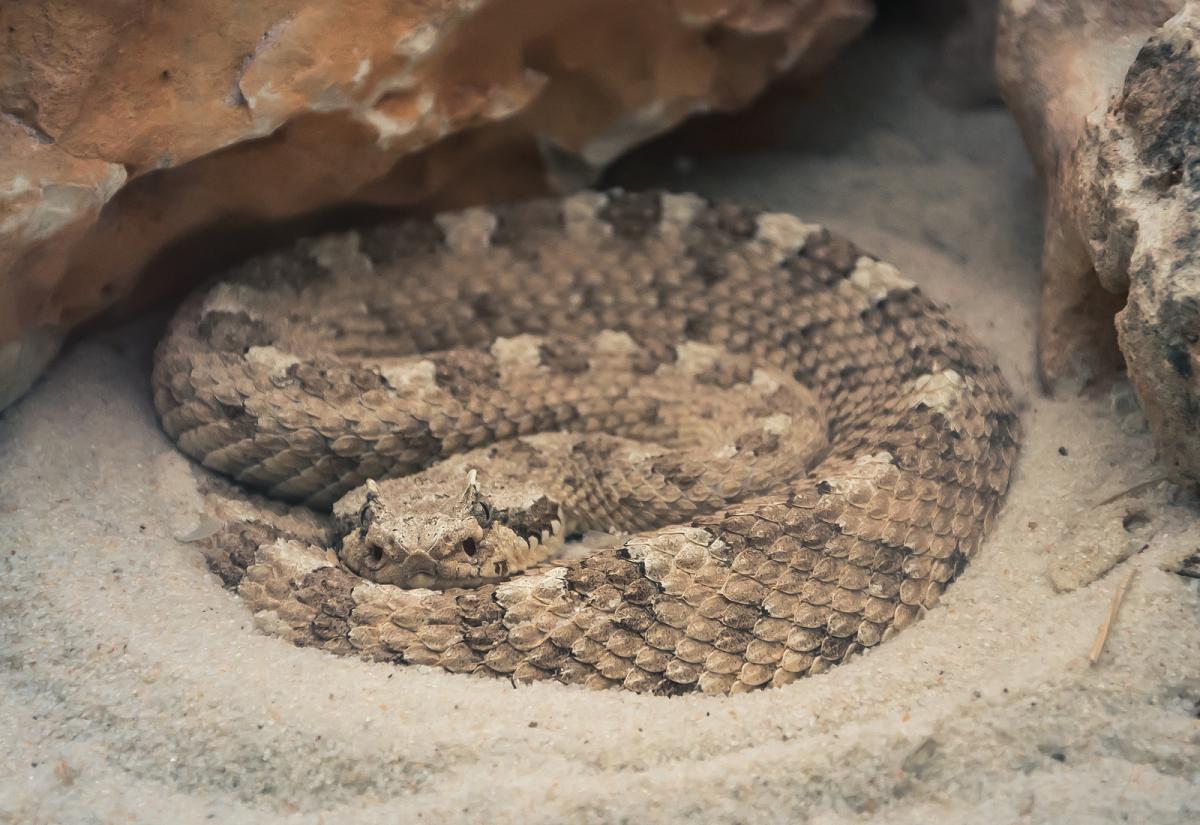 Colorado Desert Sidewinders will grow to be about 17 to 33 inches in length with baby sidewinders being about 7 inches long at birth.

These snakes hunt lizards and small mammals like the kangaroo rat where it ambushes its prey striking it with one bite and then following it until it eventually dies due to envenomation.

Colorado Desert Sidewinders breed every year and will usually start in the spring with females giving live birth in the summer and early fall. Around 2 to 18 snakes are had at once and will remain in their burrow for a few days until venturing off into the wild.

Oddly enough, Colorado Desert Sidewinders aren’t found in Colorado but they are found in southeastern California, southwestern Arizona, as well as Sonora and Baja California located in northern Mexico.

The Colorado part of its name like comes from its living near the Colorado River Valley.

As of writing this, the Colorado Desert Sidewinders population is considered to be stable.

What is a Colorado Desert Sidewinder