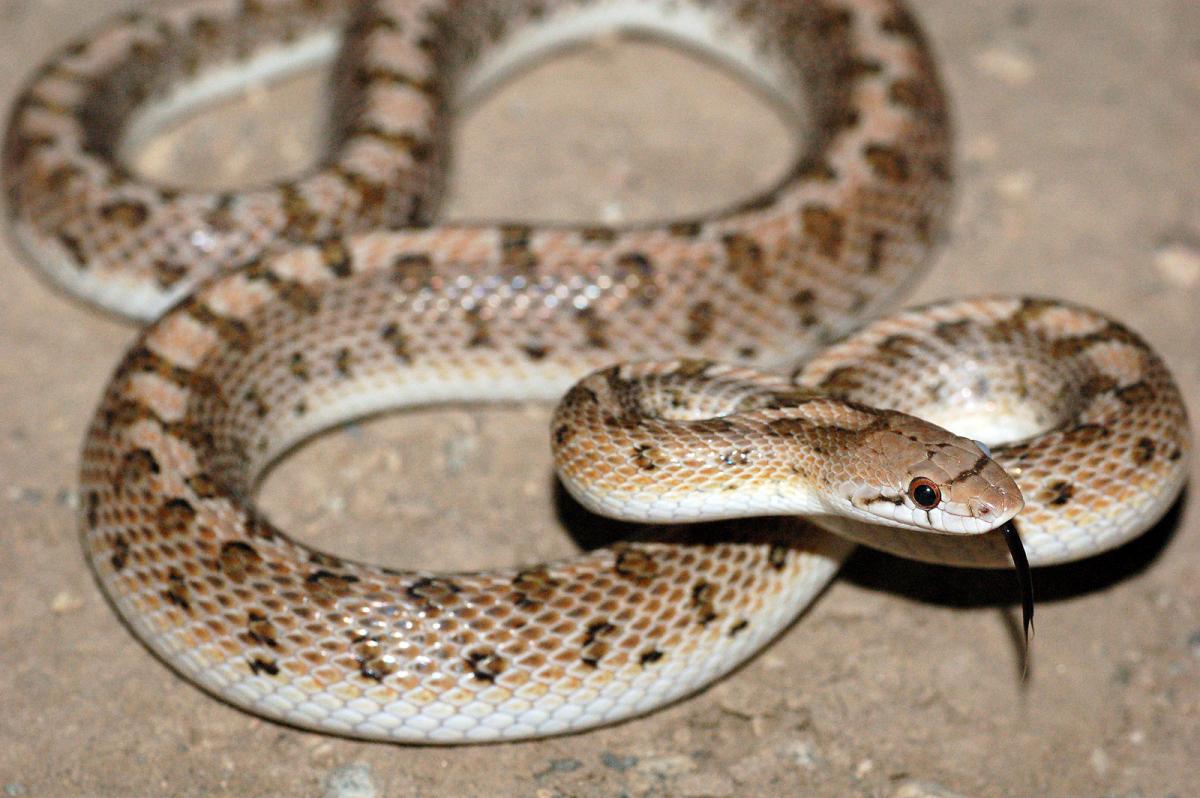 The Common Glossy Snake is a long and shiny snake found throughout the United States often times with washed-out coloration which is why you’ll hear it referred to as a Faded Snake every once and a while. The snakes are nonvenomous which is great news because they are found everywhere; 9 states as a matter of fact as well as Mexico.

Common Glossy Snakes are expert burrowers digging themselves a place to sleep during the day while waiting for the sun to go down so they can hunt. You will also find these guys in abandoned burrows made by other small mammals as well as under rocks. Being crepuscular and nocturnal snakes, Glossy Snakes stay active from dusk through the night hunting for food and looking for new places to potentially burrow.

Just in case you don’t know or don’t remember, there are three terms often used to describe when animals are active. Nocturnal is the one we’re probably all used to hear but there are two more that describe early morning and night as well as daytime, those being crepuscular and diurnal. Here’s a quick vocab lesson.

A generally calm snake, the Common Glossy Snake has found its way into the pet trade due to its ability to be handled by people, most of the time. There are times when the snake could bite you, but it will only bite if it’s provoked or threatened.

Common Glossy Snakes are medium to large-sized snakes depending on the subspecies. The coloration of these snakes is different shades of brown, gray, and tan with dark spots running down the length of their body. Their skin and scales are also smooth and glossy hence the name, Glossy Snake.

Glossy Snakes are often times confused with Gopher Snakes but a good way to tell the difference between the two is that Glossy Snakes will have a narrow, pointed head.

Common Glossy Snakes will grow anywhere from 30 to 70 inches in length with the average snake measuring in at around 3 to 4 feet long.

Common Glossy Snakes are polygynandrous when mating which is just a fancy way to say they have multiple mates. These snakes breed in the late spring to early summer with eggs hatching in the late summer to early fall. Female snakes will incubate the eggs for around 72 days and lay a clutch of around 3 to 23 eggs.

Common Glossy Snakes are found in different regions depending on the subspecies you are looking for. For the species as a whole, you can find them in California, Nevada, Utah, Arizona, New Mexico, Colorado, Texas, Kansas, and Oklahoma, as well as parts of northern, northeast, northwest, and central Mexico.

The Common Glossy Snake will live around 10 to 20 years.