Desert Animals » What is a Coyote (Canis lantras) 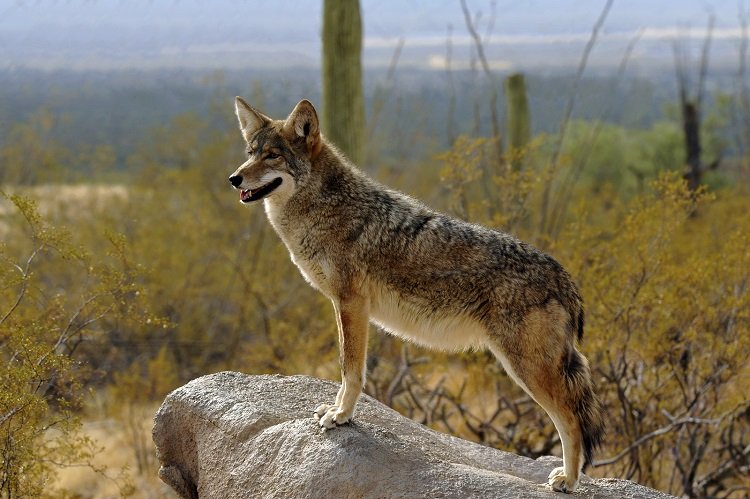 Runs with tail held down.

Originally found only in western states, now has been recorded in every state except Delaware.

Predator of old and sick animals; scavenger of remains of road kills.

Name means “barking dog” most vocal of all southwestern mammals.

Coyote is a major personality in Native American myths, depicted as a creator, a trickster, sometimes as a villain, seldom a hero.

Coyote in American Indian tales is much like the fox of Europe’s Aesop’s Fables. 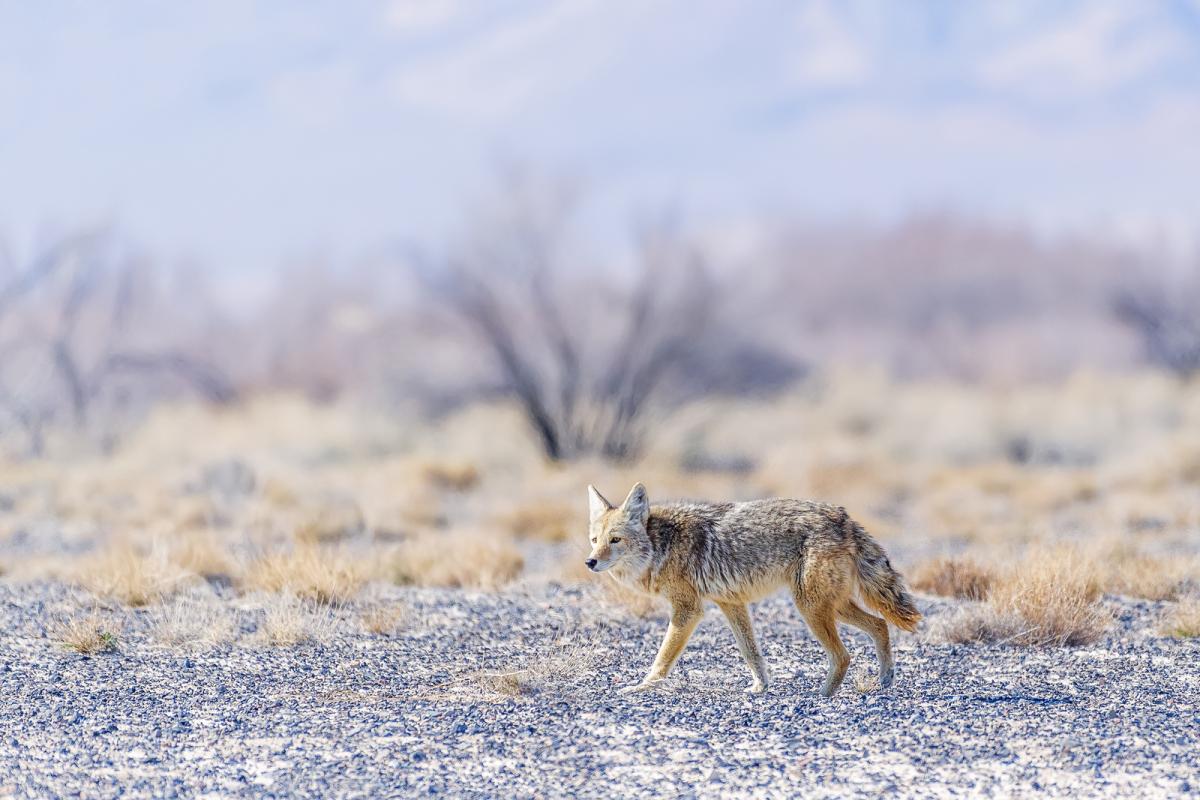