Class: Reptilia » What is a Desert Iguana (Dipsosaurus dorsalis)

What is a Desert Iguana 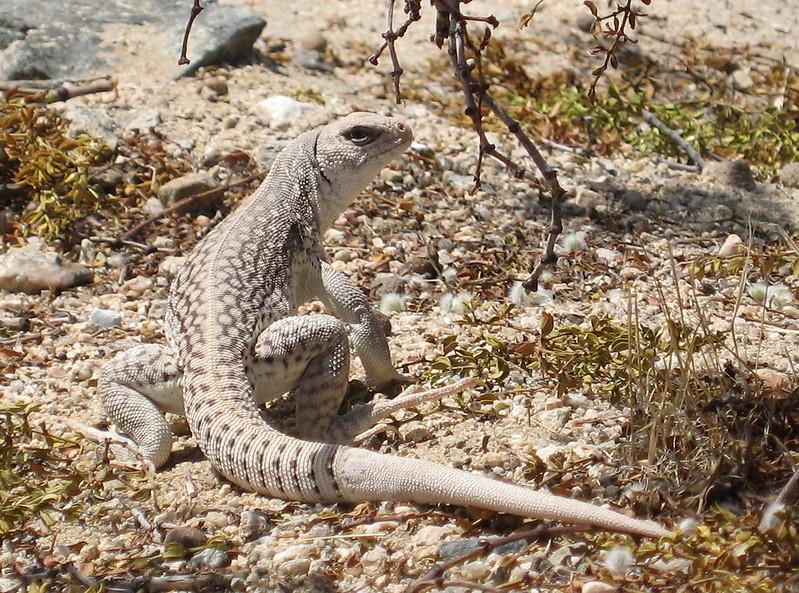 The desert iguana, also known as the Crested Lizard, (Dipsosaurus dorsalis) is one of the most common lizards of the Sonoran and Mojave deserts of the southwestern United States and northwestern Mexico.

They also occur on several Gulf of California islands.

A blunt head and a long tail, the desert iguana is a medium-sized lizard that grows to 24″ including the tail.

They are pale gray-tan to cream in color with a light brown reticulated pattern on their backs and sides.

Down the center of the back is a row of slightly-enlarged, keeled dorsal scales that become slightly larger as you move down the back.

The reticulated pattern gives way to brown spots near the back legs, turning into stripes along the tail.

The tail is usually around 1½ times longer than the body from snout to vent.

They are especially attracted to the yellow flowers of the creosote bush.

During the breeding season, the sides become pinkish in both sexes.

It is believed that only one clutch of eggs is laid each year, with each clutch having 3-8 eggs and the hatchling emerge around September. 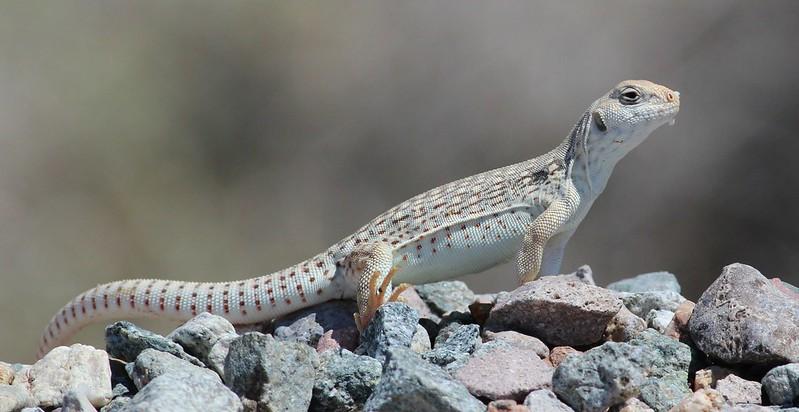 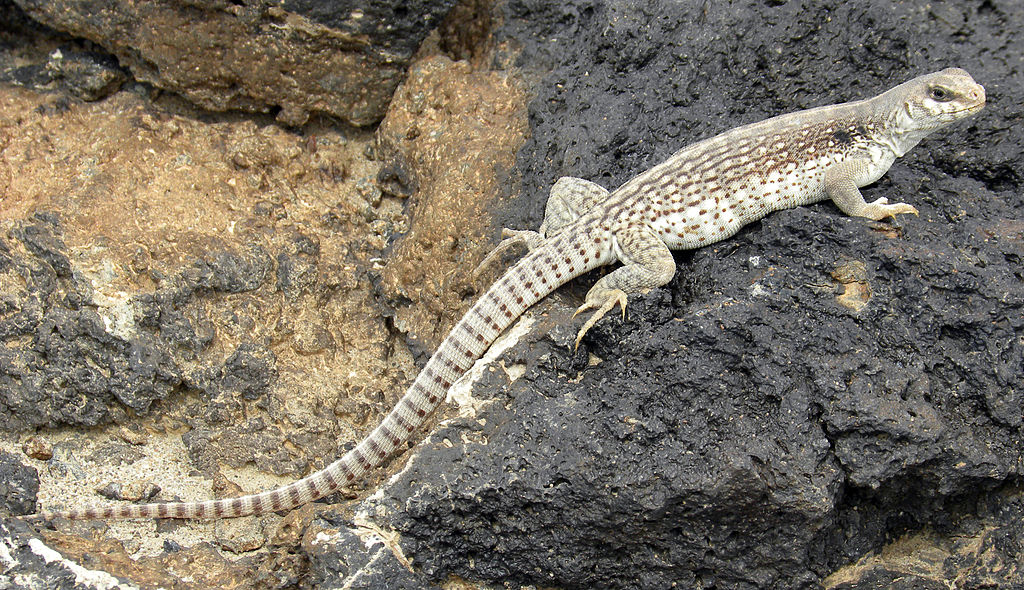 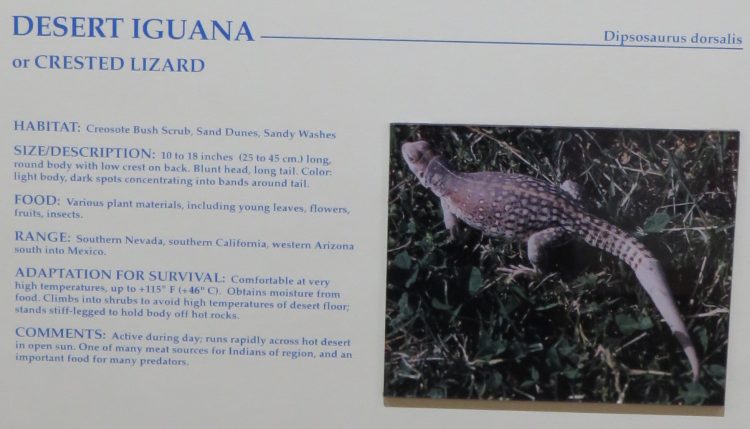 Climbs into shrubs to avoid high temperatures of the desert floor; stands stiff-legged to hold body off hot rocks.

Active during the day; runs rapidly across the hot deserts in the open sun.

One of many meat sources for Indians of the region, and important food for many predators.

What is a Desert Iguana