What is a Desert Night Lizard (Xantusia vigilis)

The Desert Night Lizard is a small thin lizard that roams around on desert floors, in Yucca plants, under rocks, and in crevices of the American southwest. Don’t let their name fool you; these lizards love the daytime. That’s right, the Desert Night Lizard is actually considered to be a diurnal animal meaning that it’s active when the sun comes out. These lizards are also crepuscular in nature which means they can be active during sunrise and sunset. During the summer heat of the desert, Desert Night Lizards may become nocturnal which is perhaps where their name comes from.

Another unique trait about these lizards is that they have been observed living in a family structure much like mammals and some birds. Young Desert Night Lizards will remain with their mom, dad, and any other siblings that have stayed around for years after they are born. While they live as a family, each lizard is usually responsible for feeding itself. 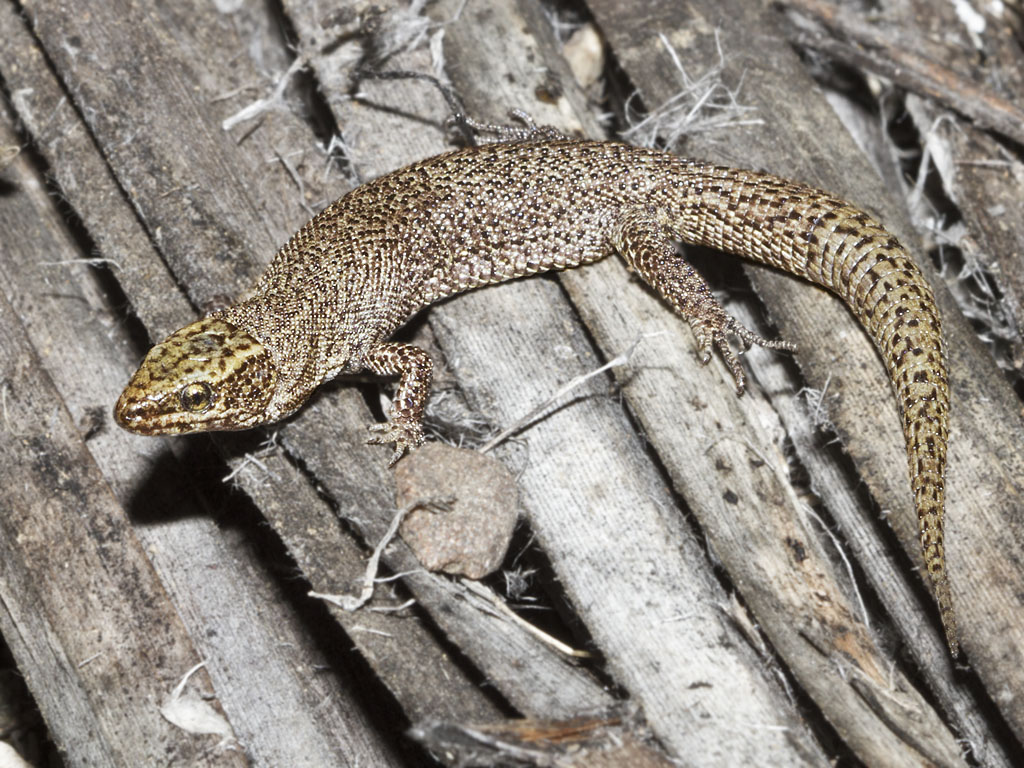 The Desert Night Lizard is small in size with bumpy skin and a tail that is nearly as long as its body. These lizards are typically olive, grey, or a yellowish brown but they can change their color on command to either darker or lighter. The spots on their body are either black or light brown that can sometimes line up on their back to create stripes. Their underside is typically white or off-white in color with a large-scale pattern.

Desert Night Lizards grow to be around 1.5 to 2.75 inches in body length not including their tail. Their tail is about the same size of their body which means these lizards can grow up to 5ish inches in total length.

Desert Night Lizards live exclusively in the American southwest states with a small population existing near the Arizona-Mexico border. In the United States, you can find these lizards in southern Nevada, southern California, parts of southern Utah, and the western border of Arizona.

As of writing this, the Desert Night Lizard has a stable population which means that there are no federal protections for the reptile.