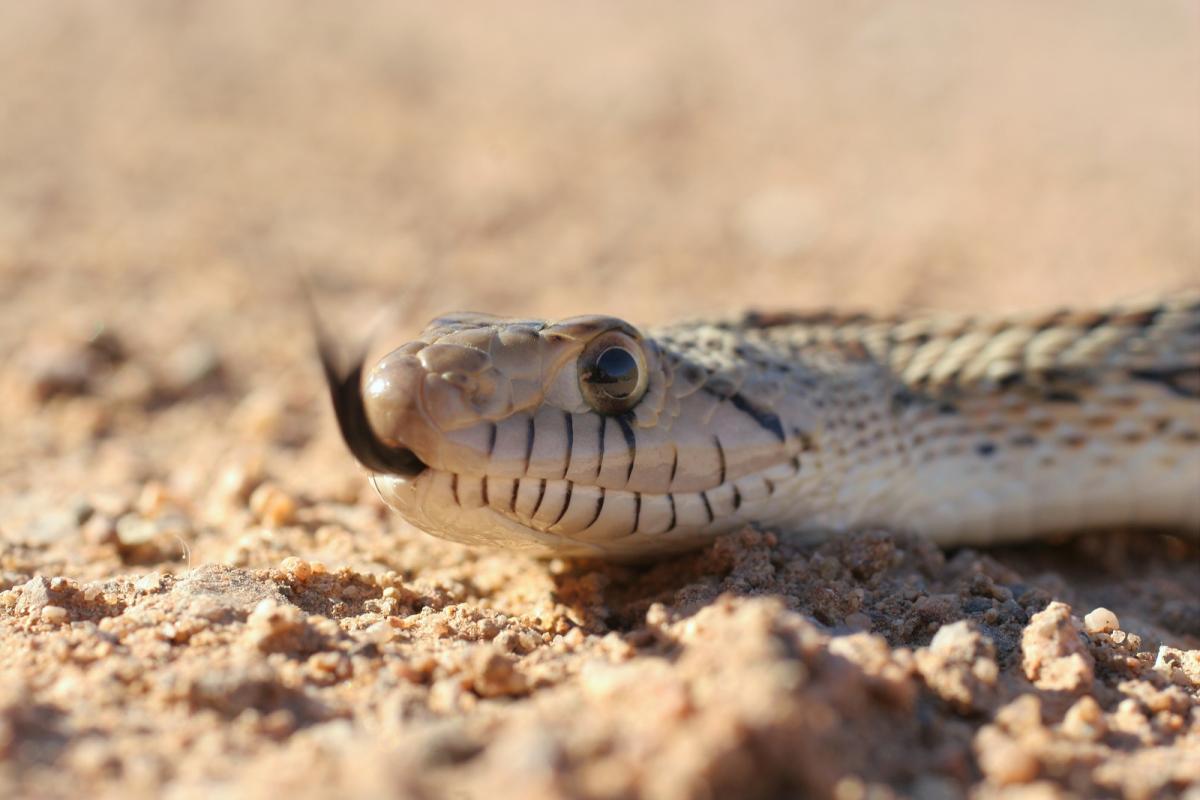 What is a Gopher Snake Overview

The Gopher Snake is a large, relatively common snake that lives throughout a majority of the United States.

While they can be intimidating due to their size, they are a nonvenomous species of snake which means if you get bitten by one, the worst thing you’ll hopefully have to worry about is the pain and finding something to cover the wound with.

When threatened, the snake can inflate its body to appear bigger while also flatting its head to resemble a rattlesnake to scare off would-be predators. 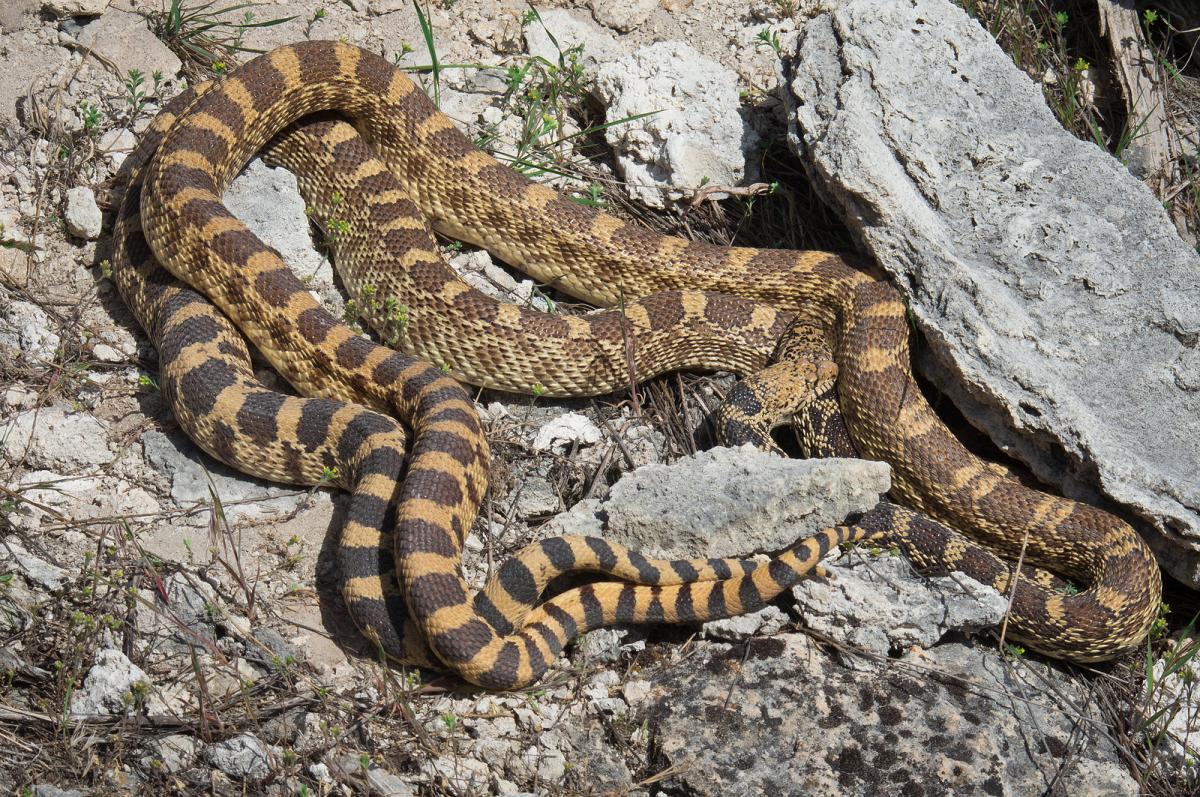 They are large snakes that can often be mistaken for a rattlesnake at a glance but an easy way to tell that it’s not a rattlesnake, besides the lack of rattle, is the size and shape of its head. They have a narrow head whereas the rattlesnake has a more rounded triangular shape.

Their coloring and patterns differ depending on which subspecies you find but for the most part, they will be a combination of different shades of browns, yellows, tans, and reds with the occasional white coloration showing up from time to time.

They tend to follow a pretty general pattern of dark rectangular splotches on their back with smaller spots running down the length of their body.

They typically grow anywhere from 4 feet all the way up to 9 feet in length.

Like most snakes that live in the Southwest, they are carnivorous which means that their diet is only, or mostly, meat and like to eat a variety of small animals including birds, lizards, a variety of bugs, pocket gophers, and even eggs laid by birds.

They lay eggs during the warmer months of the year from June to August with the eggs taking about 60 to 80 days to hatch.

For example, the Pacific Gopher Snake lives primarily on the west coast in California and Oregon where as the Bullsnake lives more in the central states like Nebraska, Oklahoma, and even Montana.

Because there are 7 subspecies, we will not be putting everywhere each can live specifically in this section but we will include it in the subspecies category.

There are currently no protections as of this writing.