Class: Reptilia » What is a Great Basin Rattlesnake (Crotalus lutosus)

What is a Great Basin Rattlesnake

Like all vipers, the Great Basin Rattlesnake is a venomous snake so every bite should be treated with extreme urgency as it can have serious consequences even if bites are rarely fatal.

While not as celebrated as their cousin the Western Diamondback Rattlesnake, the Great Basin Rattlesnake shares many of the cool traits like having heat-sensing pits to help them hunt, the Jacobson’s organ to let them taste and smell the air, and a rattle tail that can shake 60 to 90 times a second when threatened. 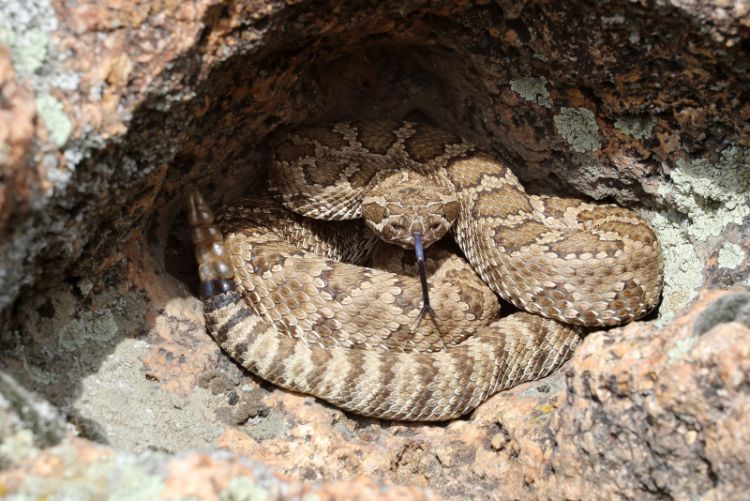 The Great Basin Rattlesnake is is a thick snake with a traditional triangle shaped viper head and a segmented rattle on the end of it’s tail. The snake will typically match the color of it’s surroundings and be either light brown to brown, light yellow, or pale grey.

Their back is marked with large dark splotches that get lighter in color towards the center running the length of it’s body. The sides of their body will have smaller splotches that follow the same coloration as the ones on their back.

The Great Basin Rattlesnake’s underside is usually a solid, more pale color that follows the main color of the snake.

The Great Basin Rattlesnake will grow anywhere from 16 to 64 inches long and will usually be around 3 to 4 feet in length.

Great Basin Rattlesnakes have a generic snake diet of small mammals, rodents, mice, birds, reptiles, and amphibians. They are also known to eat insects if given the opportunity 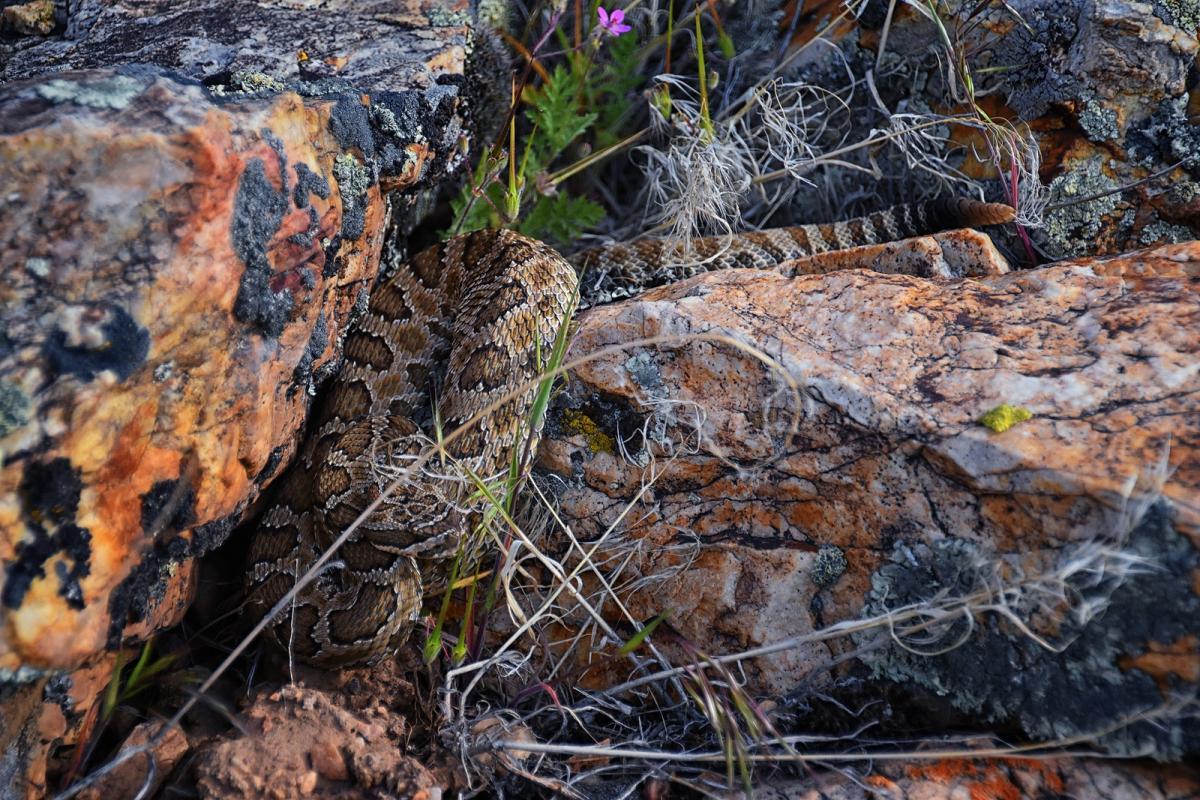 Great Basin Rattlesnakes are ovoviviparous, like the Black-tailed Rattlesnake or the Speckled Rattlesnake we wrote about, which means that they have eggs, they just don’t lay them. Instead, the snake will incubate the eggs inside her body and give birth to live young ranging from 4 to 21 young.

Breeding season occurs in the spring and the young are born from August to October.

You can occasionally find these snakes in the northwest tip of Arizona but the vast majority of the time you will find them in the 5 states previously listed.

While they aren’t an endangered species, rattlesnakes are protected animals in all National Parks making it illegal to torment or harm them.

They are also a protected species in Utah and Idaho which means that you can not harm the snake without permission from the state. The only exception to that rule is if human health and safety are endangered like being attacked.

What is a Great Basin Rattlesnake

Previous Post: « Reptiles (Details and Classification of Reptiles in the Southwest)
Next Post: What is a Midget Faded Rattlesnake (Crotalus concolor) »