Blue Heron » What is a Great Blue Heron (Ardea herodias_

What is a Great Blue Heron

The great blue heron (Ardea herodias) is a large wading bird in the heron family Ardeidae, common near the shores of open water and in wetlands over most of North America and Central America, as well as the Caribbean and the Galápagos Islands.

It is a rare vagrant to coastal Spain, the Azores, and areas of far southern Europe. 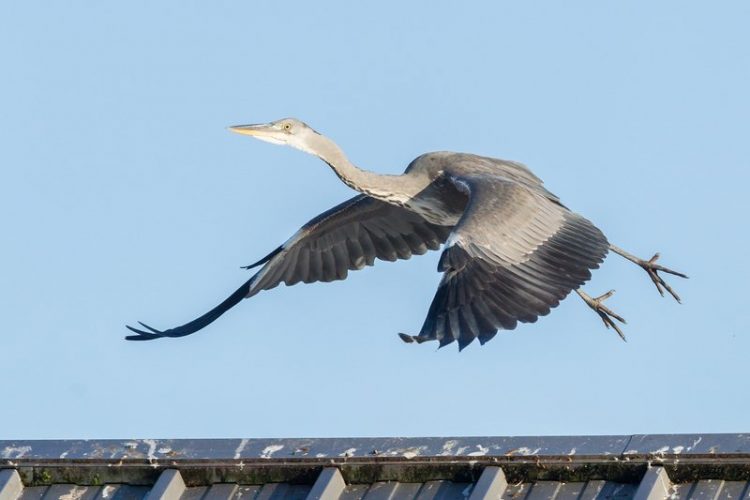 The great blue heron is the largest heron native to North America.

Notable features of great blue herons include slaty (gray with a slight azure blue) flight feathers, red-brown thighs, and a paired red-brown and black stripe up the flanks; the neck is rusty-gray, with black and white streaking down the front; the head is paler, with a nearly white face, and a pair of black or slate plumes runs from just above the eye to the back of the head.

Herons locate their food by sight and usually swallow it whole.

The great blue heron is found throughout most of North America, as far north as Alaska and the southern Canadian provinces in the summer. In winter, the range extends south through Florida, Mexico, and the Caribbean to South America.

Birds east of the Rocky Mountains in the northern part of their range are migratory and winter in the coastal areas of the Southern United States, Central America, or northern South America.

From the Southern United States southwards, and on the lower Pacific coast, they are year-round residents. However, their hardiness is such that individuals often remain through cold northern winters, as well, so long as fish-bearing waters remain unfrozen (which may be the case only in flowing water such as streams, creeks, and rivers).

The Great Blue Heron can adapt to almost any wetland habitat in its range. It may be found in numbers in fresh and saltwater marshes, mangrove swamps, flooded meadows, lake edges, or shorelines. It is quite adaptable and may be seen in heavily developed areas as long as they hold bodies of fish-bearing water. 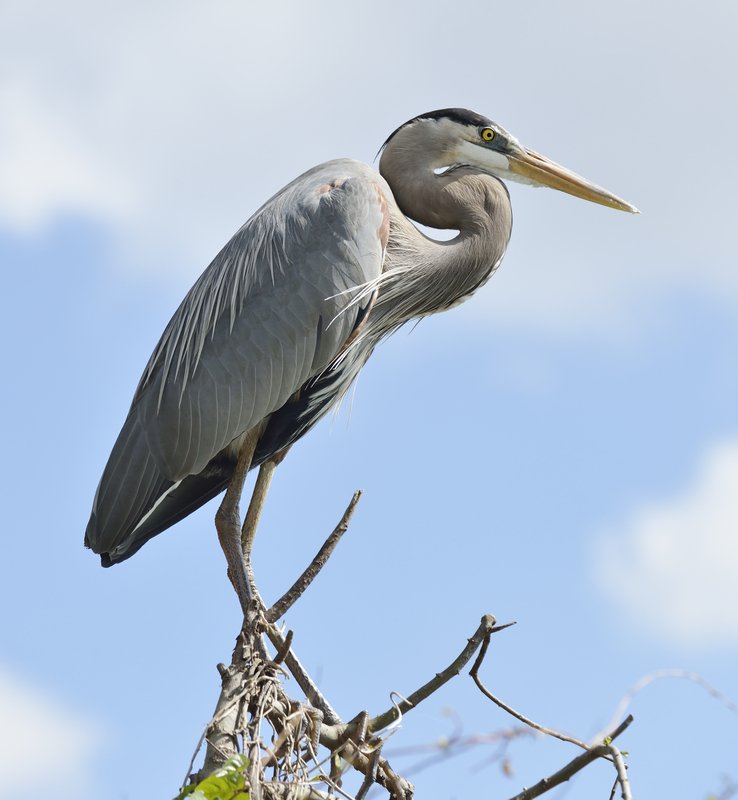 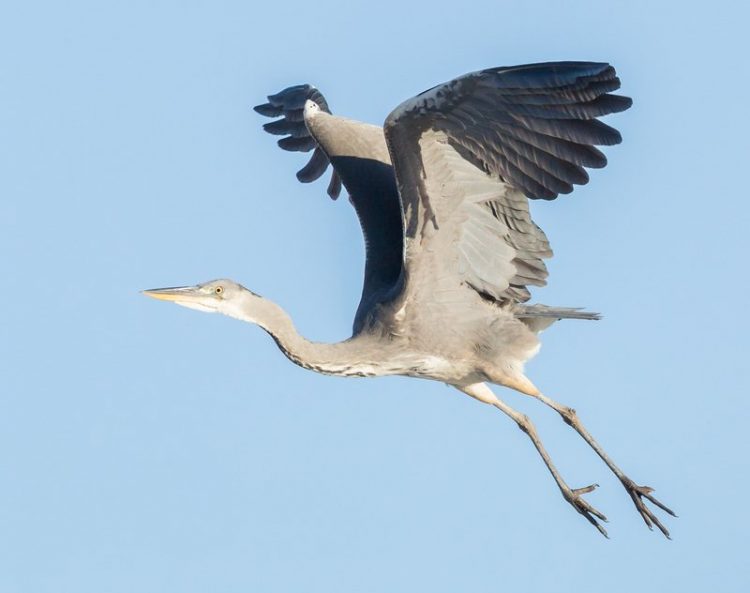 Great blue heron taking off from a roof, blue sky 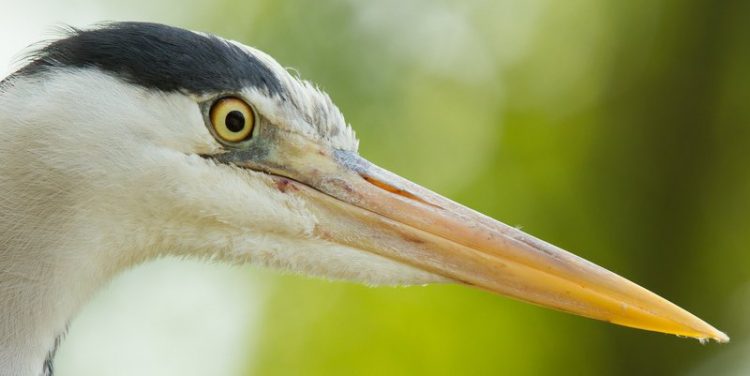 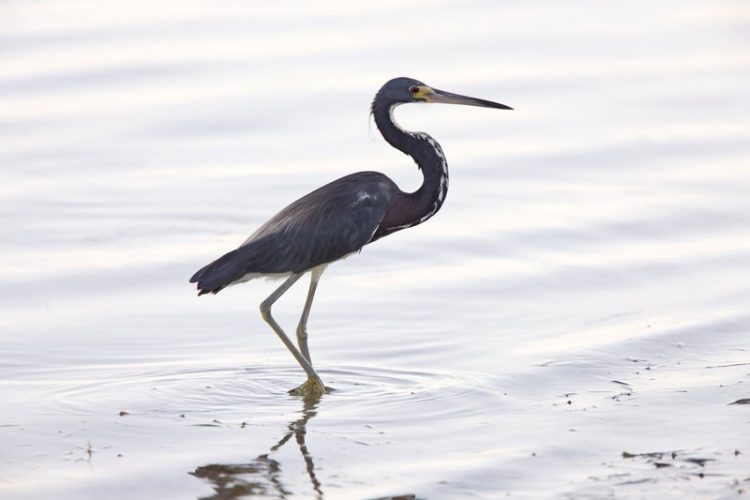 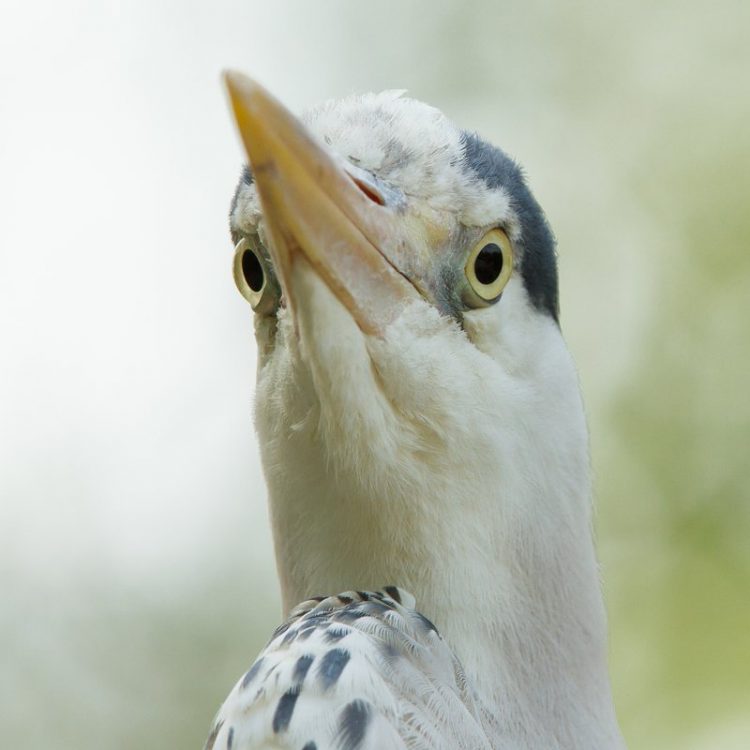 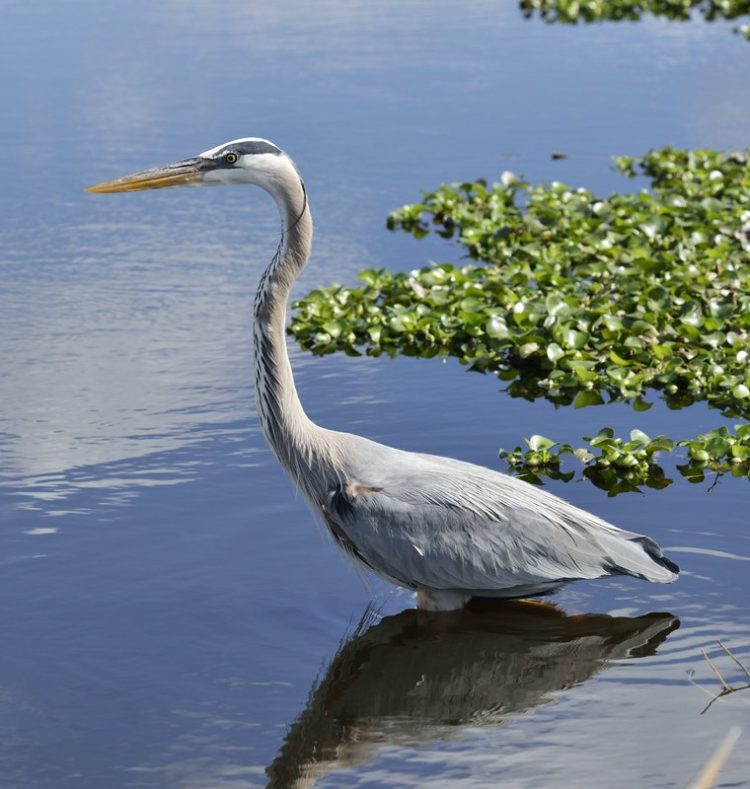 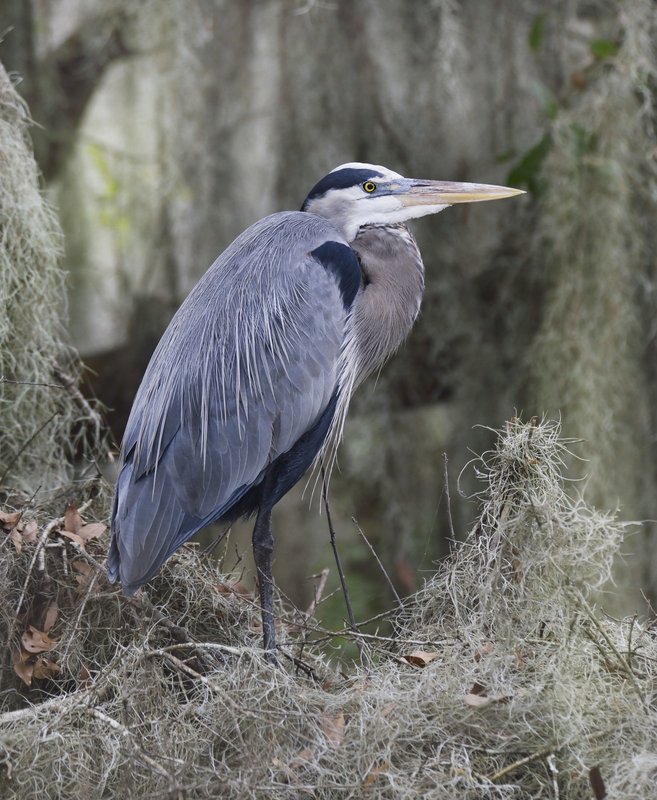 What is a Great Blue Heron