Class: Amphibia » What is a Great Plains Toad (Anaxyrus cognatus)

The Great Plains Toad is a large species of toad that is native to central North America and can be found as far north as Canada and as far south as Mexico. The toads will spend a lot of time underground burrowing or laying in wait for the weather and temperatures to be just right so they don’t dry out or freeze to death. During the winter, Great Plains Toads will burrow beneath the frost line in the ground to avoid freezing to death. Burrows are made by the toads using their hind legs by backing into a hole and pushing debris or dirt out of the way.

If you are looking to find a Great Plains Toad, be sure to check around dusk to dawn during the spring and summer as these are the times when they are more willing to unburrow. You won’t have to worry about chasing one down to look at it because like most toads, their movement isn’t very fast when they hop around.

When threatened, these toads will either use the secretion on their back to deter predators or even grow in size. They achieve this by inflating their lungs, which increases the size of their body causing their head to go down as well as pushing their eyes into their sockets. The main reason why a Great Plain Toad would bubble up in defense is to try and make it harder for something to wrap its mouth around it, mainly hognose and other snakes. 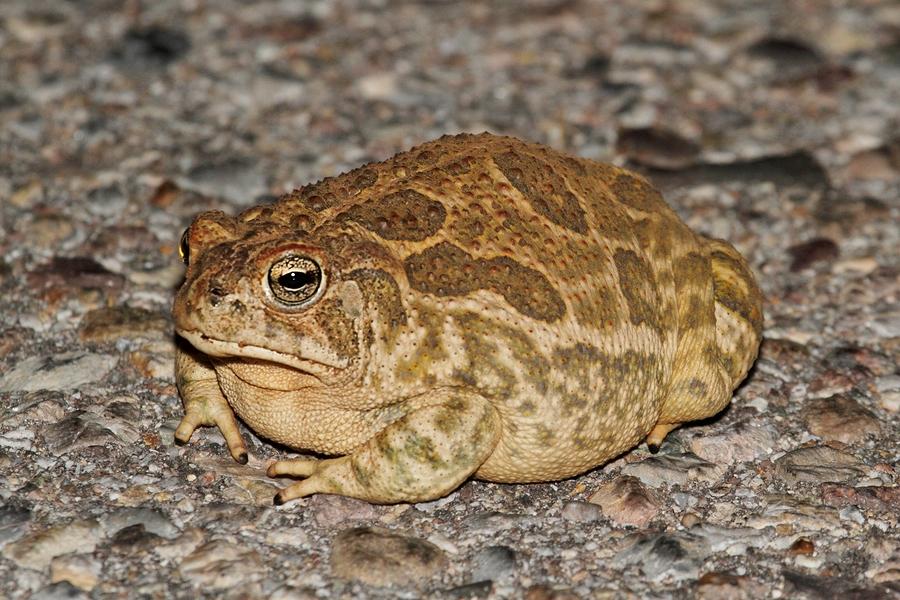 Great Plains Toad (Anaxyrus cognatus) on a road in Arizona

As stated before, the Great Plains Toad is decently large as far as toads go and they have that quintessential toad look of a round, bumpy body with two front legs positioned behind their eyes and two bent rear legs which they use to generate power to jump.

These toads are typically grey, brown, or green in color with dark splotches all along their body. The blotches are outlined by a lighter color leaving the inside of the blotch to be dark and covered with warts. Oftentimes, you will find a thin stripe that runs down the back of the toad. The underbelly of the toad is pale, white, cream, or a muddy yellow in color without any spotting on it.

The Great Plains Toad grows to be around 2 to 4.5 inches in length from snout to their butt. When they start out as tadpoles, they will be around 1 inch in length and black in color.

Great Plains Toads love to eat a wide range of bugs and use their sticky tongue to grab prey and bring it back to its mouth to eat. Some of the insects and bugs these toads like to eat include ants, flies, cutworms, and centipedes.

Great Plains Toads will only breed after rain storms which means the mating season is typically around spring to summer. Breeding will take place in shallow pools and once the eggs are ready, female toads lay them at the bottom of these shallow pools, preferably a pool with little to no current. Female toads can lay anywhere from 1,342 to over 40,000 eggs at a time with the average being around 11,000 eggs.

After around two days from being laid, the eggs will hatch releasing thousands of tadpoles into the pool they were laid in. It takes about a month and a half for a tadpole to start its metamorphosis and turn into a full-sized toad.

Great Plains Toads can be found in every country in North America but they predominately live in the United States. In Canada, you can find them in Manitoba, Alberta, and Saskatchewan. If you’re looking for these toads in Mexico, you can find them in Chihuahua, Durango, San Luis Potosi, and Coahuila.

As for the United States, the Great Plains Toad can be found in central, western, northern, and southern America with the Pacific Northwest and east coast stretching outside of their known ranges. As for the specific states you can find them in, these toads live in:

As of writing this, the Great Plains Toad is not endangered and does not have any known federal or state protections as their populations are stable. 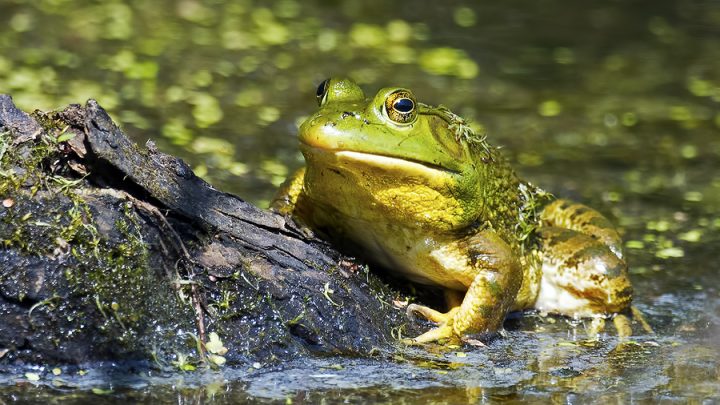 Amphibians in the Southwest