Class: Reptilia » What is a Hopi Rattlesnake (Crotalus viridis nuntius)

What is a Hopi Rattlesnake 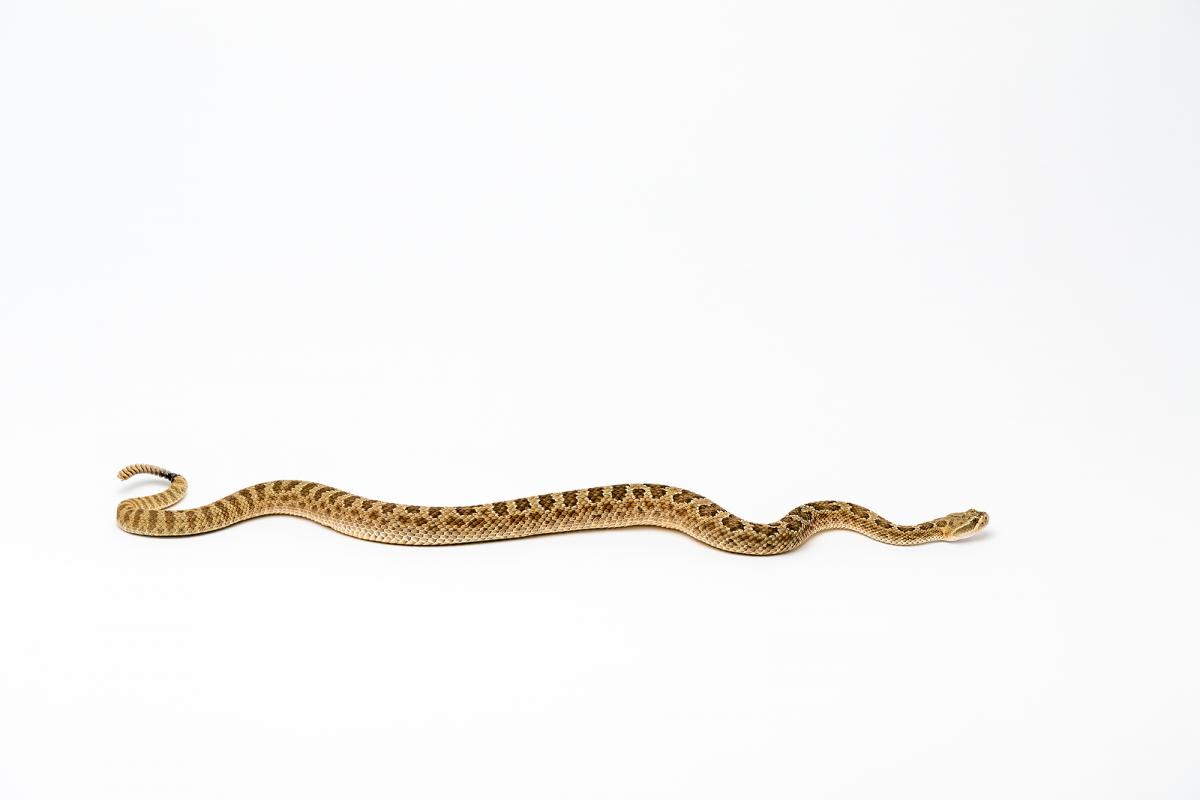 Hopi Rattlesnakes are small to medium sized snakes found in a small portion of the southwestern United States only spanning 3 states.

Like other rattlesnakes, the Hopi Rattlesnake is venomous and potentially very dangerous, if not potentially lethal, to humans.

Their venom is a combination of hemotoxins, neurotoxins, and myotoxins that require antivenin administered as soon as possible to effectively, and safely, combat it. While it may have three different types of toxins in its venom, the Hopi Rattlesnakes venom is considered hemotoxic which means it’s particularly good at breaking down blood cells and causing muscle damage.

These snakes can be found around dusk to dawn looking for food while spending the rest of their time under rocks or animal burrows waiting for the mid day heat to leave. The good thing is that the Hopi Rattlesnake is not overly aggressive which means it will try its best to avoid you but if you don’t listen to its warnings, it will act accordingly and potentially bite you. Just because it may have a cooler temperament than other rattlesnakes, it doesn’t mean it’s afraid to bite you.

The name Hopi comes from the Native American tribe that lived in the area called the Hopi who were thought to be descendants of another, older tribe called the Anasazi. The Hopi would use these snakes in ceremonies to ask for the blessing of rain.

The taxonomy of the C. viridis group is a matter of debate, many considering the various subspecies to be nothing more than locality variations.

While they may not be a stout rattlesnake, they still do have a triangle shaped head that all rattlesnakes do. On their face, you will often times find a dark band that stretches across its eyes to the back of its jaw.

As far as coloration is concerned, the Hopi Rattlesnake are typically gray, pink, desert tan, or an orange brown with dark blotches of brown, sometimes outlined in black, running down the back of their body to their tail.

Hopi Rattlesnakes will grow to be around 15 to 24 inches in length with baby snakes reach around 7.5 inches when born.

Like pretty much every rattlesnake in the southwest, the Hopi Rattlesnake feeds primarily on lizards and small mammals like rodents and mice.

Breeding season for these snakes begins in the spring with females giving live birth to 4 to 6 young in the early fall.

When born, baby Hopi Rattlesnakes are nearly identical in coloration as an adult so just imagine a full sized snake, just shrunk down really small.

These snakes are found in northwestern New Mexico, north east Arizona, and even in the far far southeastern side of Utah.

How Long do Hopi Rattlesnakes Live

On average in the wild, Hopi Rattlesnakes will live to be around 11 years old.

What is a Hopi Rattlesnake