In 1889, the life zone concept was developed by C. Hart Merriam (an American zoologist, mammalogist, ornithologist, entomologist, ecologist, ethnographer, geographer, naturalist, and physician – he was commonly known as the ‘father of mammalogy’, a branch of zoology referring to the study of mammals) as a means of describing areas with similar plant and animal communities. 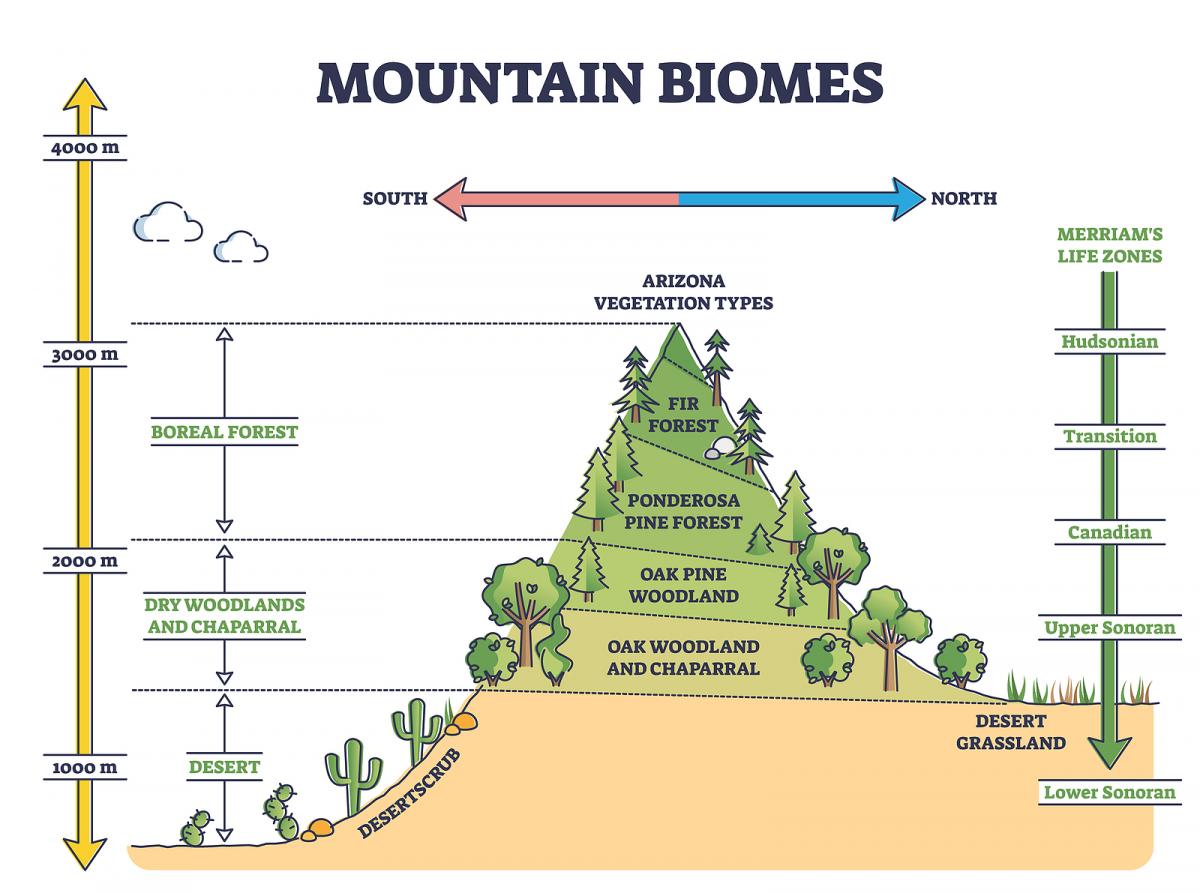 The life zones that Merriam identified, along with characteristic plants, are as follows:

The Canadian and Hudsonian life zones are commonly combined into a Boreal life zone.

This system has been criticized as being too imprecise. For example, the scrub oak chaparral in Arizona shares relatively few plant and animal species with the Great Basin sagebrush desert, yet both are classified as Upper Sonoran. However, it is still sometimes referred to by biologists (and anthropologists) working in the western United States.