Class: Reptilia » What is a Long-nosed Leopard Lizard (Gambelia wislizenii)

The Long-nosed Leopard Lizard is a large lizard found in North America that can be found basking in the sunlight during the day. These lizards are considered to be diurnal which means most, if not all, of their activity, occurs when the sun is out. This includes hunting, mating, or just relaxing while waiting for something to cross its path.

When something does cross the path of the lizard that is considered dangerous, it will run to the nearest bush and press or flatten its body into the ground until the perceived threat is gone. Like all lizards, the Long-nosed Leopard Lizard has the ability to detach its tail if the situation calls for it allowing the lizard a chance to flee to safety while the tail flops around distracting the predator. If you happen to see these lizards running away from something, you will notice that can sprint on its hind legs at great speeds. 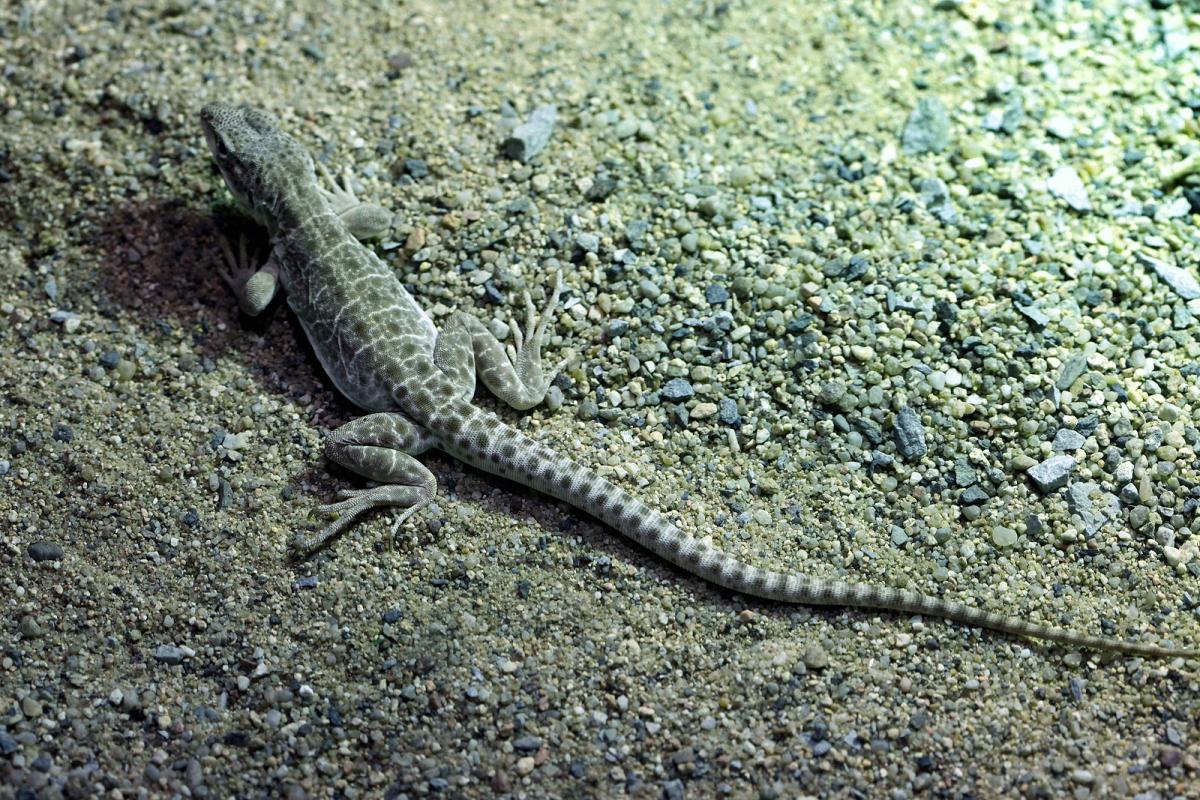 The Long-nosed Leopard Lizard is a large-headed, long-tailed, fast-moving lizard with spots that appear all over its body until you get closer to the end of the tail where they eventually turn into bands. These spots are dark or brown in color but can vary depending on which color it is at any given moment.

Long-nosed Leopard Lizards have the ability to be either dark or light when they want which can turn the spots, or most of the rest of them, into a different shade than normal. When they are juveniles, these lizards can have bright red spots on their body as well as some yellow spots on their legs.

As for their base body color, Long-nosed Leopard Lizards can be gray, brown, cream, or yellowish tan depending on which color phase they are in. When in the darker phase, spots become a little harder to see and stripping can be easier to see as they tend to stick out in contrast to dark skin. During mating season, female lizards will develop reddish-orange spots while males will develop a pink chest and throat.

These lizards have somewhat blunt noses even though they are called long-nosed lizards. Compared to other lizards, their nose is decently short but the Long-nosed Leopard Lizard has a cousin in California called the Blunt-nose Leopard Lizard which has an even shorter or more blunt nose. The reason it’s called a long nose is to help set them apart from the blunt nose. While they may have a smaller nose, these lizards have a tail length that is almost twice their body length.

Long-nosed Leopard Lizard can reach around 3.75 to 5.75 inches in body length. Including their tail, these lizards can grow up to 13 to 15 inches.

Long-nosed Leopard Lizards’ mating season lasts from May to June with eggs being laid sometime between June and July. Once the eggs are laid, it will take around a month to a month and a half for them to hatch which means you can find baby lizards running about in July or August.

Female lizards will lay around 3 to 6 eggs at a time depending on where they live.

Being a western-dwelling species, Long-nosed Leopard Lizards can be found in Oregon, California, Idaho, Nevada, Arizona, Utah, Colorado, New Mexico, and Texas, as well as parts of northern Mexico and the Baja Peninsula.

As of writing this, the Long-nosed Leopard Lizard is not federally protected as its population is considered to be stable.