Class: Reptilia » What is a Midget Faded Rattlesnake (Crotalus concolor)

What is a Midget Faded Rattlesnake

Tiny in size, the Midget Faded Rattlesnake is a smaller species of venomous pit vipers but don’t let their size fool you, these snakes can be more lethal than other species of rattlesnakes twice their size.

Most rattlesnakes in the western United States have venomous bites that mostly contain a toxin called hemotoxin. In short, a hemotoxin is a toxin that destroys red blood cells in the body which is bad for surrounding tissue and organs. While this is bad, it’s still pretty treatable.

The Midget Faded Rattlesnake has venom that contains mostly neurotoxins which means the toxin will target the nervous system of the bite victim. For those who may not know or have forgotten, your nervous system controls your entire body and allows your organs to function.

For this reason, neurotoxin-rich venoms are generally considered the most dangerous and lethal for humans causing organ failure and even brain damage if treatment is given as fast as possible.

Now with all of that said, back to the little guy.

The Midget Faded Rattlesnake, while potentially deadly and definitely dangerous, is a reclusive and arguably peaceful species of rattlesnake that would rather blend into its surroundings with its natural camouflage than stand and fight anything in its territory.

Now with that being said, they will attack humans if they feel threatened so it’s best to give the Midget Faded Rattlesnake some space if you encounter one in the wild. 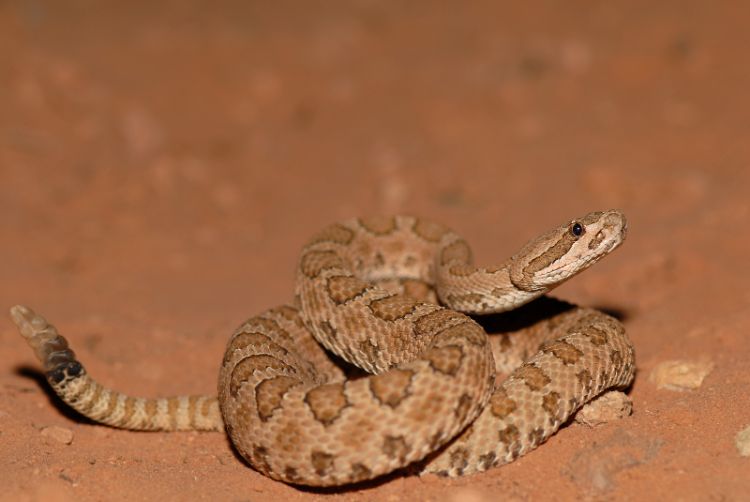 As stated before, they are on the smaller side of the rattlesnake family so if you see one in the wild, just take your average rattlesnake body type and shrink it down a little.

The snake will still have a thick body that narrows towards the tail and head as well as the classic triangle shape head that all rattlesnakes have. On the head, the snake will have stripes that extend to the back of its jaw and meet up with the patterns that run the length of the snake’s body.

As far as coloration goes, this is where they get the second part of its name. This snake will be faded brown, tan, off yellow, reddish, or even slightly pink. The Midget Faded Rattlesnake also has splotches that run the length of its body that eventually turn into bands once you reach the tail.

The splotches are dark on the outside, usually black or dark brown, and gradually get lighter as you get closer to the center. When they are born, the Midget Faded Rattlesnake has pronounced coloration and patterning but it eventually fades as the snake starts to mature becoming harder and harder to see.

The Midget Faded Rattlesnake usually stops growing around 20 to 24 inches in length with the rare one reaching upwards of 30 inches.

While the Midget Faded Rattlesnake may have unique venom, it doesn’t really have a unique diet to show for it.

The snake will eat a traditional diet of small mammals, lizards, and birds.

Breeding season is May and can go into the summer months of July or August. The female snake will give live birth sometime in August to September. The female Midget Faded Rattlesnake will typically give birth to 3 or 4 babies but there have been rare instances of up to 7 babies born at once.

The Midget Faded Rattlesnake only lives on the western side of the United States in the  Colorado and Green River Basin of Utah, Colorado, and Wyoming with extremely rare, but not officially confirmed, siting in north Arizona.

While these snakes are not federally protected because they are considered a stable species, The Midget Faded Rattlesnake does have protections based on the state they are found in.

In Wyoming, they are a protected species and require the Wyoming Game and Fish Department to handle and remove snakes that may be causing issues. 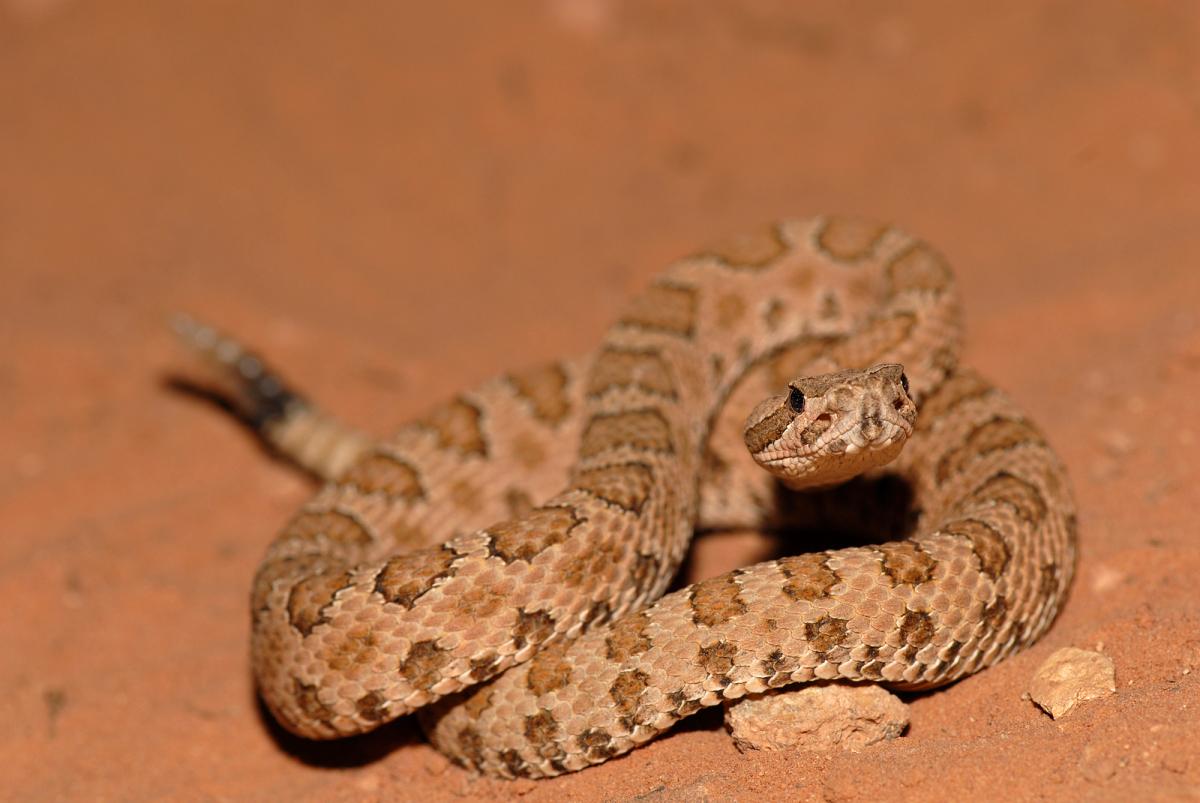 The midget faded rattlesnake is a small rattlesnake found in parts of the western United States.

What is a Midget Faded Rattlesnake