What is a Mojave Desert Sidewinder

The Mojave Desert Sidewinder is one of three subspecies of sidewinders that lives in the American southwest as well as northwestern Mexico.

Sidewinders are a type of pit viper related to the rattlesnake and while they both have rattles, sidewinders sound a little different. In ordinary rattlesnakes, like the Western Diamondback or Panamint Rattlesnake, the noise their tails make when they shake them sounds a lot like if you took a rattle and just shook it extremely hard. In sidewinders, the rattle tends to have more of a buzz or hum. Besides their slightly different sounding rattle, sidewinders have another unique trait that helps them stand out against the backdrop of other rattlesnakes, and its all in how they move.

As you could’ve guessed, Mojave Desert Sidewinders move by using a side winding motion that sends the snake forward but at a diagonal or sideways angle. They do this because if they were to slither straight like most snakes, they would dig themselves a rut unable to climb up inclines of loose sand effectively, and could even end up accidentally buried.

While they can cover great distances across the sand, sidewinders actually find areas where rodents and lizards are common and bury themselves in the sand and wait. A lot of times, its prey sources can bolt faster than it can side wind so these snakes have turned to the art of ambushing.

Because Mojave Desert Sidewinders are a type of rattlesnake, they possess venom that they use to immobilize prey. Even though their venom is not as potent or delivered in mass quantities like with the Western Diamondback Rattlesnake, it still has the potential to cause extreme damage or even death if left untreated.

A very smart rule of thumb when out in the desert to live by is to treat every rattlesnake bite like its from the most venomous snake out there, even if its from a “lesser” rattlesnake. There is no point in trying to tough it out, seek medical attention immediately. 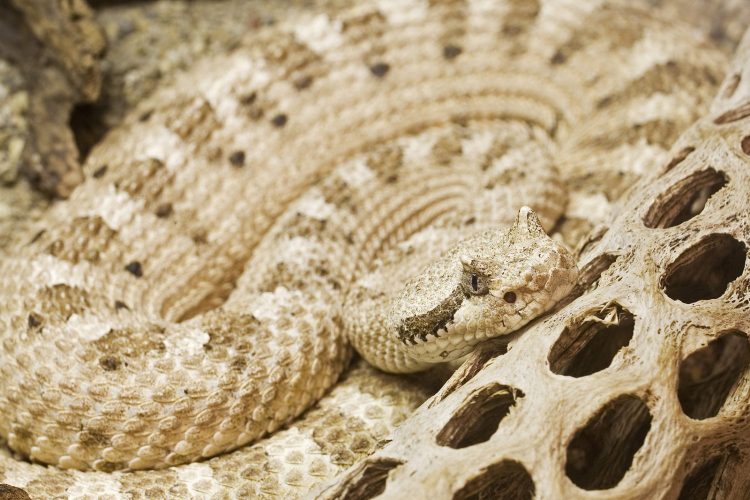 Mojave Desert Sidewinders are a small to medium sized snake with females growing to be larger than males.

Their coloring matches their environment being gray, light brown or tan, cream, or a yellowish brown. The snake is also has dark splotches on its back with smaller splotches or dots on its side.

The Mojave Desert Sidewinder has a triangle shaped head with two dark stripes that start at their eye and stretch all the way to the back of their jaw. Like other sidewinders, this snake has two scales above its eyes that point up giving it the appearance of having horns.

Mojave Desert Sidewinders will grow anywhere from 17 to 33 inches in length with baby sidewinders being around 7 inches at birth.

Mating season for the Mojave Desert Sidewinders begins in spring with live young being born in the summer to early fall. Female snakes will give birth to around 2 to 18 young at a time with an average of around 10.

Living in the deserts of the southwest United States, Mojave Desert Sidewinders can be found in southeastern California, southern Nevada, western Arizona, and southwestern Utah.

In Mexico, these snakes live in western Sonora as well as the eastern side of Baja California.

Mojave Desert Sidewinders have a relatively short life for a snake, at least for females. On average, female snakes will live to be about 5 years old while the males may live to be up to 13.

As of writing this, the Mojave Desert Sidewinder has a stable population and is listed as a least concern species by the IUCN. 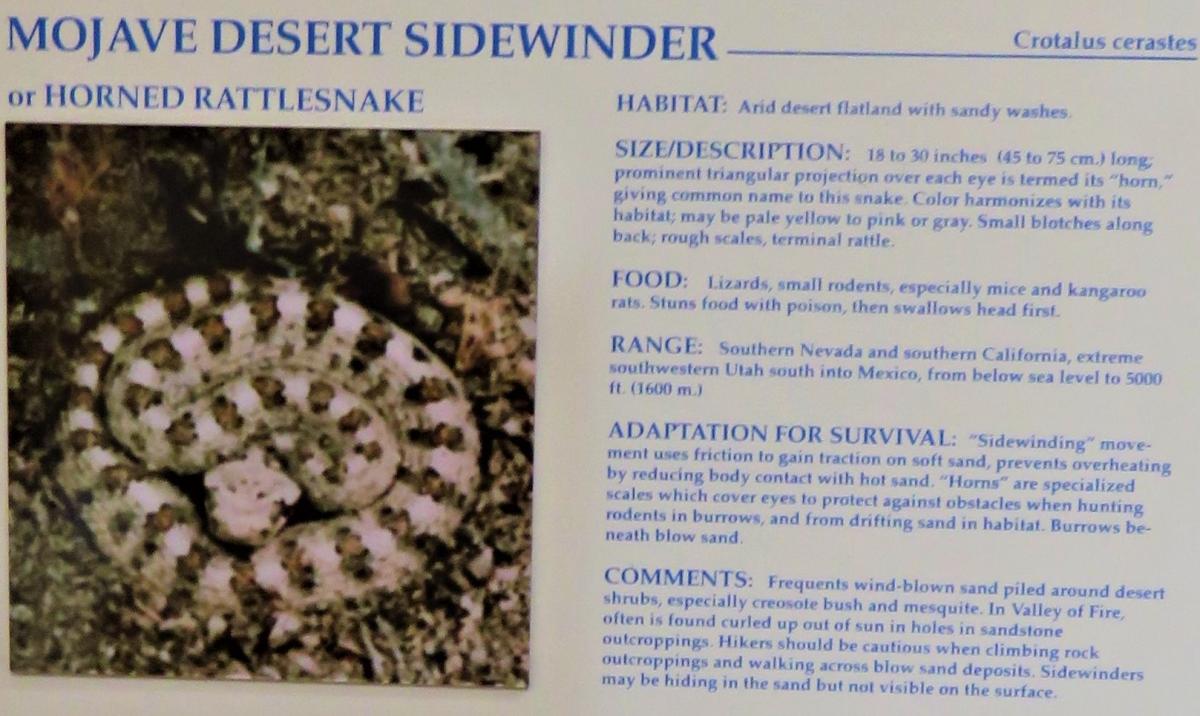 What is a Mojave Desert Sidewinder