Class: Insecta » What is a Monarch Butterfly (Danaus plexippus) 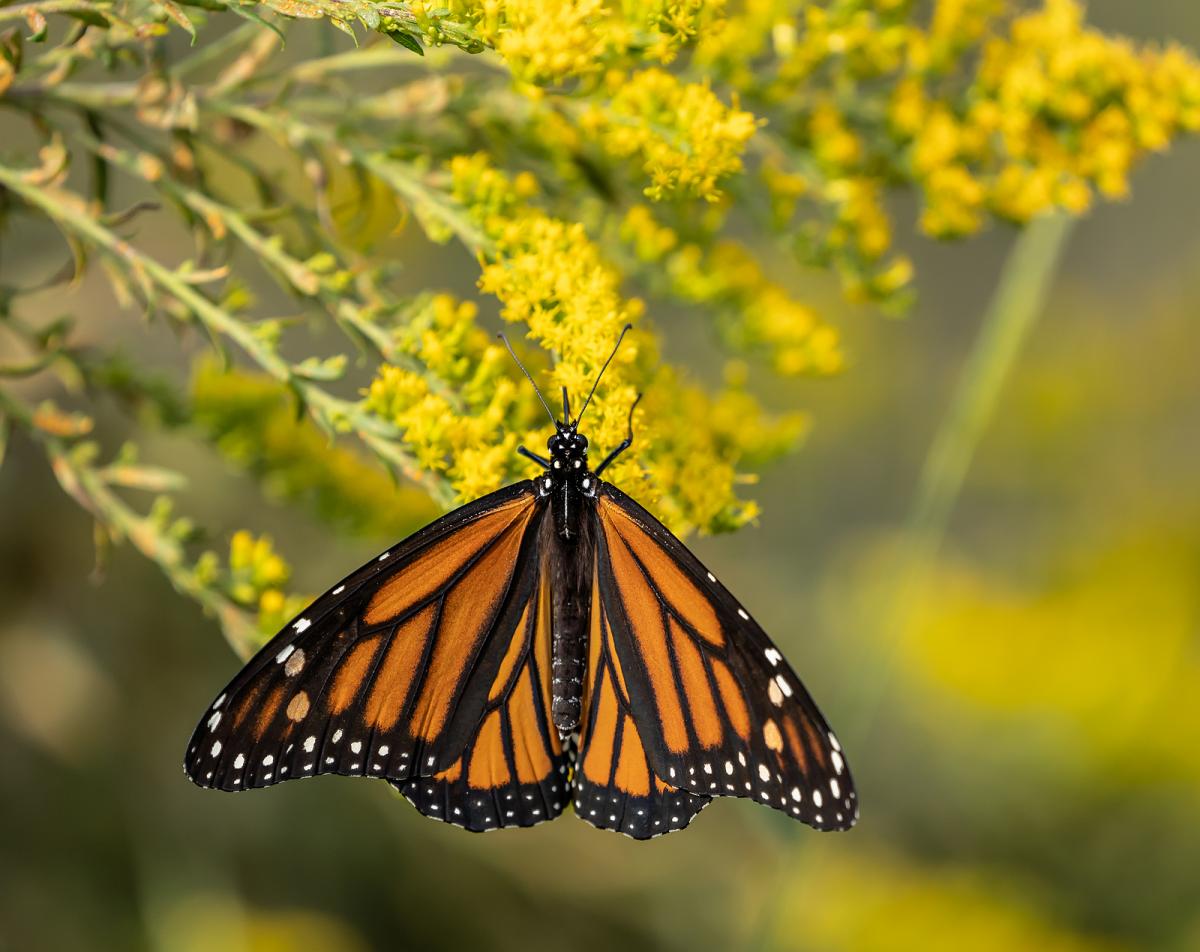 In North America, these butterflies are known for their great yearly migration where hundreds of thousands of them will fly from northern and central United States as well as southern Canada all the way to Mexico and Florida. If you are on the west coast, you may see this migration end in southern California.

Click here to learn more about Butterflies and Moths in the Southwest.

Subspecies of the Monarch Butterfly

Monarch Butterflies have three species and six subspecies with two color morphs which include:

Monarch Butterflies have two sets of wings on either side of the abdomen that will have black borders all around them with white spots. On the inside of the borders, you will find a vibrant orange color with black veins stretching from border to border on each wing.

Male Monarch Butterflies will have two black spots near the back of the lower set of wings and females will not. Under the wing, the color goes from vibrant orange to more of a muted or pale orange.

Female Monarchs are bolder in color with thicker veins.

Adult Monarch Butterflies have a wingspan that ranges from 3.5 to 4 inches in length

Monarch Butterflies eat different things depending on what stage of life they’re at. As larvae, they will only eat milkweed. Once they reach the adult stage in their life, these butterflies will eat nectar from a variety of plants including milkweed, thistles, alfalfa, lilac, and many more. 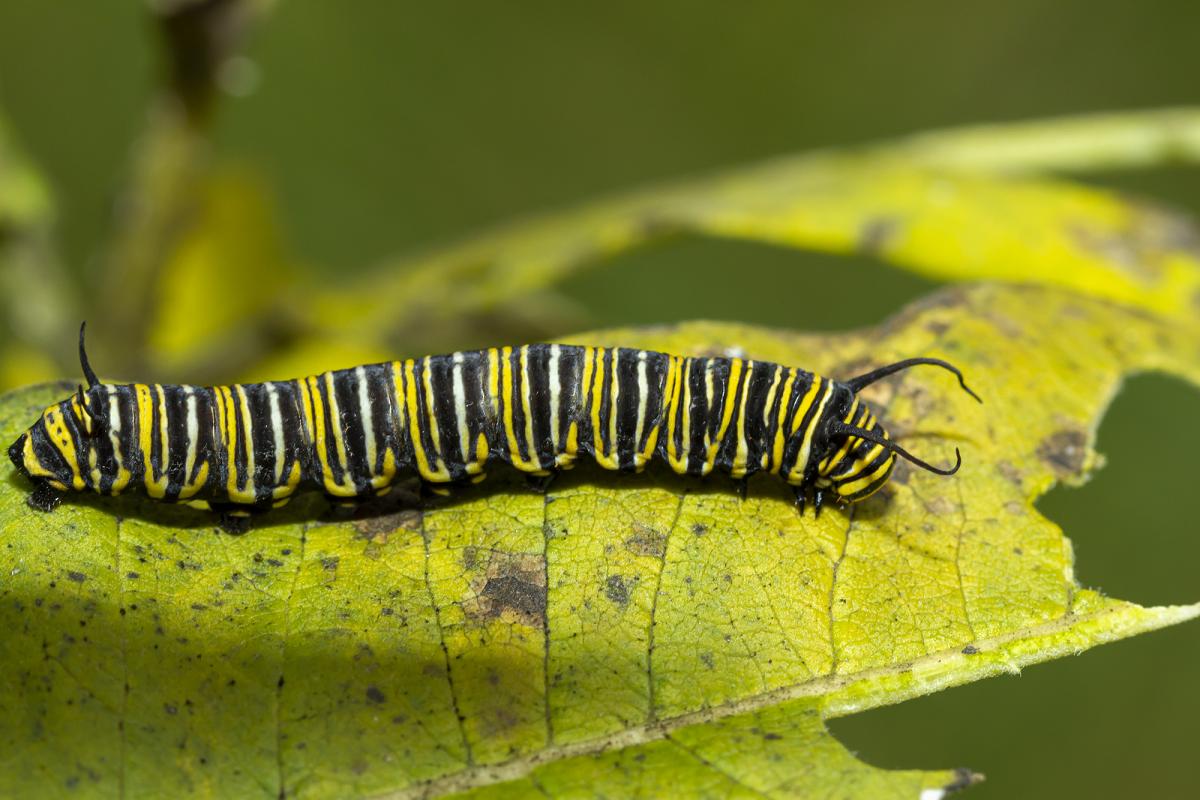 Close-up macro image of a danaus plexippus (monarch) caterpillar on a milkweed leaf in the forest at Shenandoah National Park. This is a cute insect with yellow black stripes and black antennas.

As you can imagine, the third generation follows the same steps as the previous two in laying eggs for the next generation just months after they were laid which typically occurs in July and August. The fourth and final generation is born in September to October where instead of dying in roughly six weeks, will go on to live for up to 9 months as they migrate down to warmer climates. 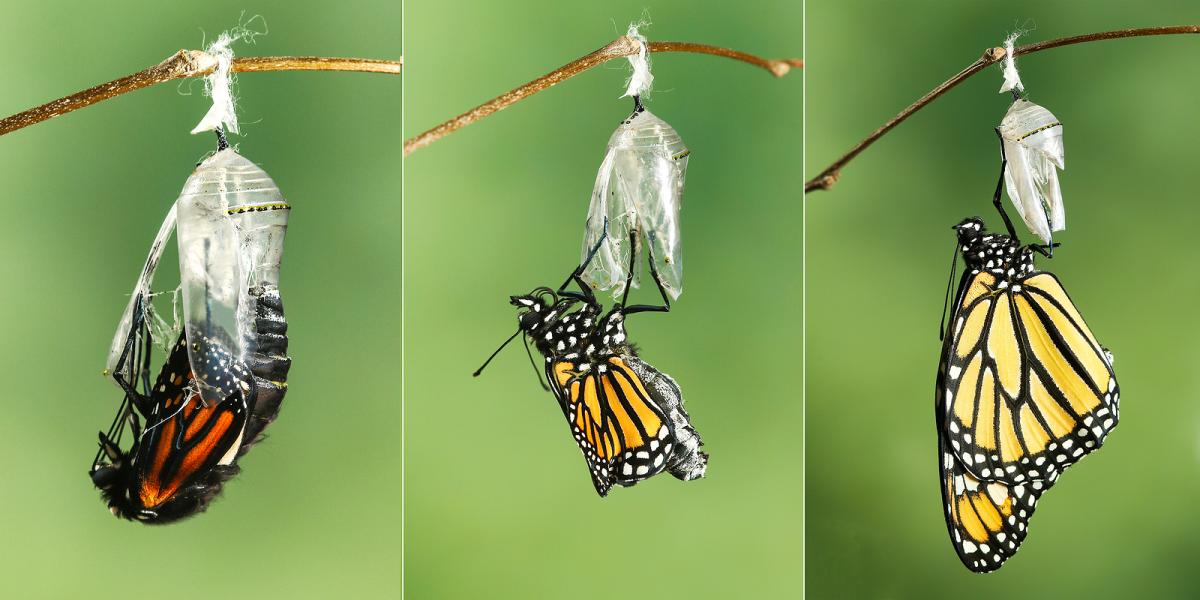 Monarch Butterflies live pretty much everywhere on the North American continent stretching from southern Canada all the way down to northern South America. Monarchs also make homes in the Caribbean and in the south Pacific islands of Papua New Guinea, Australia, New Zealand, the Solomon Islands, and New Caledonia. If that wasn’t enough, you can also find Monarch Butterflies in Portugal, the Azores, the Canary Islands, Madeira, and Gibraltar.

How Long do Monarch Butterfly Live 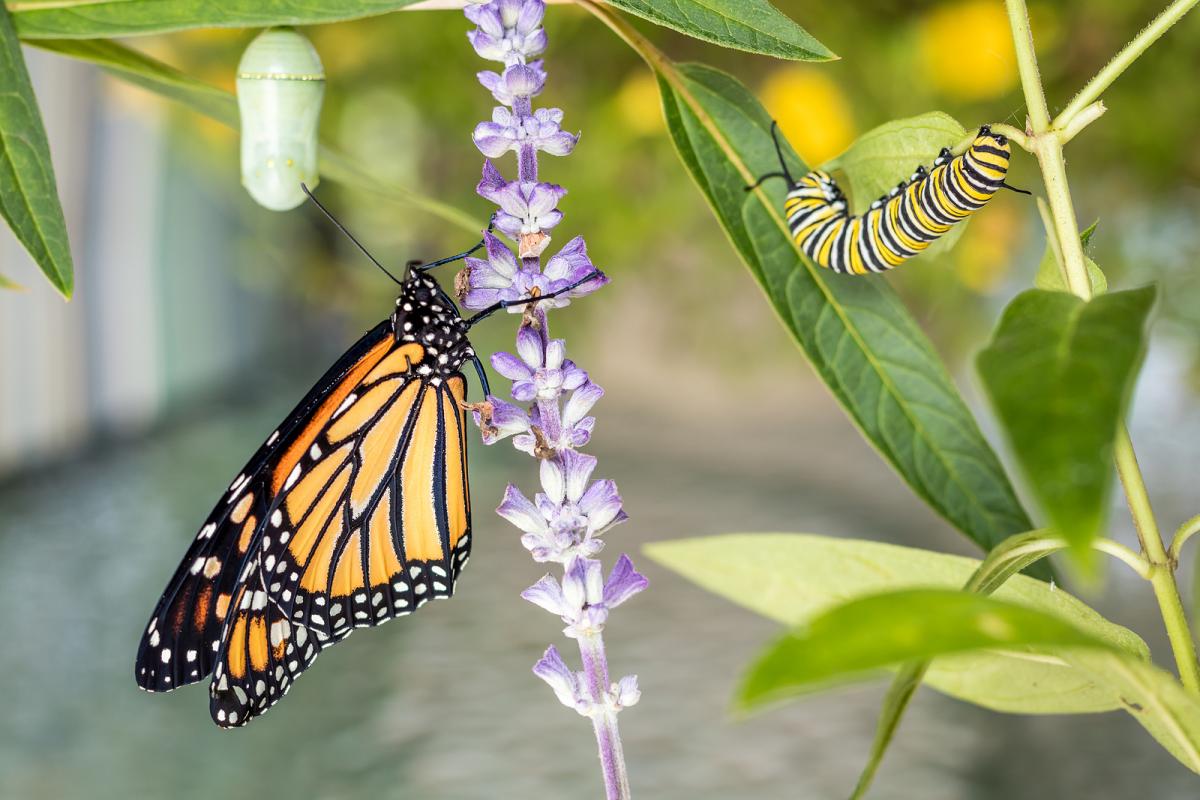 As of writing this, Monarch Butterflies aren’t federally protected even though they have just been put on the IUCN Red list as an endangered species.