Class: Reptilia » What is a Ridge-nosed Rattlesnake (Crotalus willardi)

What is a Ridge-nosed Rattlesnake 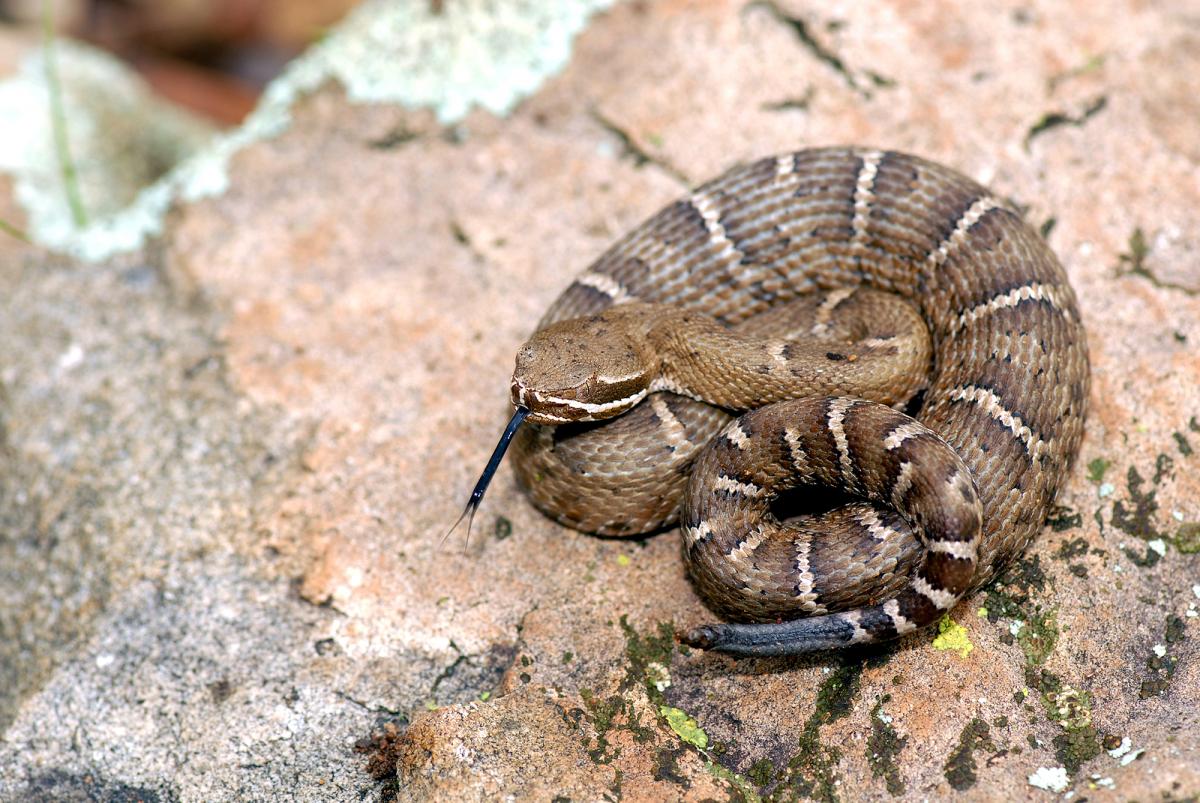 A young Arizona ridge-nosed rattlesnake from the Canelo hills of southeastern Arizona.

The Ridge-nosed Rattlesnake is a venomous rattlesnake that lives primarily in Mexico as well as a couple of southwestern states.

This rattlesnake is rather small and is one of the newest rattlesnakes discovered in the United States, which lives high in the mountains and woodlands which makes human encounters with the snake rare. As stated before, these snakes are venomous so even though there’s a good chance you’ll never run into one, you should always be careful when walking around their habitat.

Their venom is primarily a hemotoxin dominant venom which means a bite from them could cause bleeding disorder, muscle damage, and even death if you’re unlucky and don’t take the bite seriously. Even though there haven’t been any recorded deaths because of a Ridge-nosed Rattlesnake bite, the wound can potentially get out of hand and should be treated with urgency. 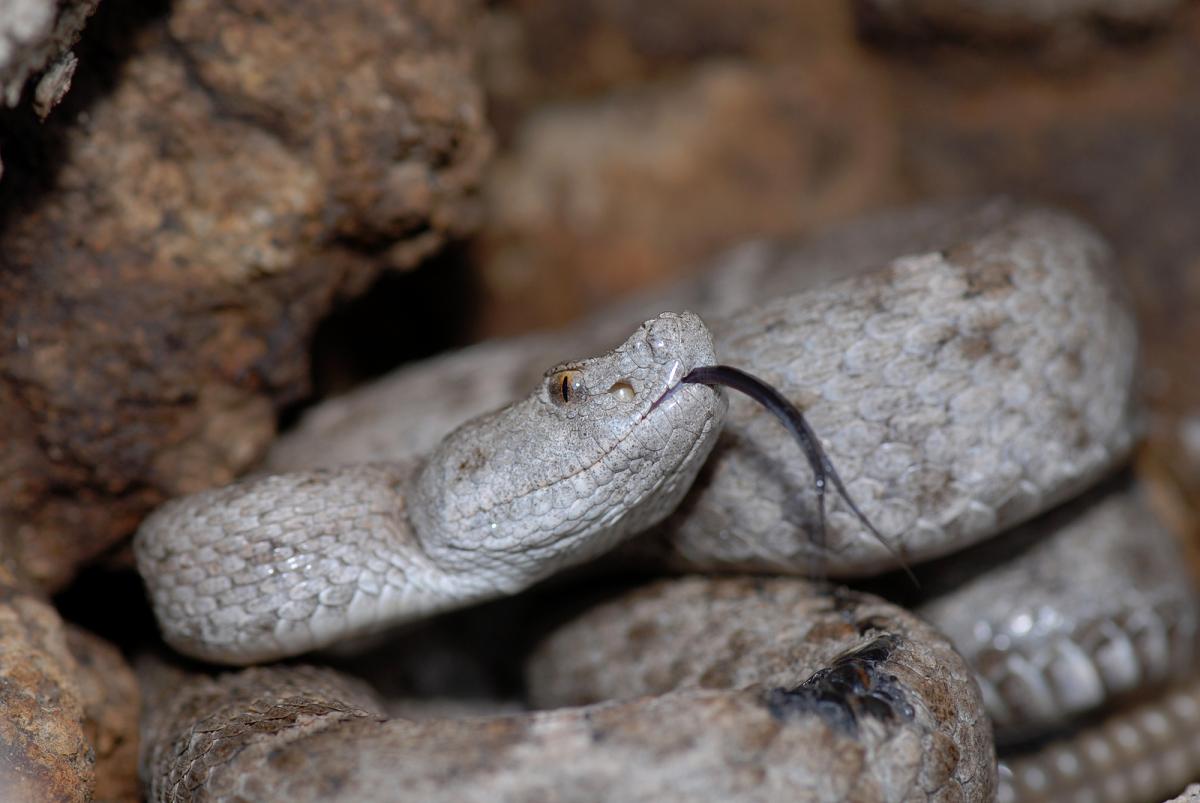 The New Mexico ridge-nosed rattlesnake is a federally protected species in the United States.

This snake’s scientific name is Crotalus willardi and while many animals are named after scientists, this snake’s name comes from Tombstone businessman, Frank Cottle Willard.

The subspecies Crotalus willardi willardi is the state reptile of Arizona and as such is named the Arizona Ridge-nosed Rattlesnake.

A young Arizona ridge-nosed rattlesnake from the Canelo hills of southeastern Arizona.

Even though these snakes tend to be small, their bodies still follow the standard rattlesnake shape of having a thin, but short, tail and neck with a thick body as you travel towards the center. Their heads are long and triangle in shape and have an edge, or ridge, on them leading up to their nose that is turned up, giving it its name

Often be brown, dark brown, or even a reddish brown with white facial stripes that usually lead up to the ridges on each side of its nose, but this varies depending on the subspecies. They will also have white or light bands that run the length of its body with spotting towards the middle and bottom of the snake.

They are on the smaller side when it comes to body length only measuring 12 to 24 inches in length, including the tail, on average.

Ridge-nosed Rattlesnakes are ambush predators that wait for their prey to walk within striking range. That prey usually consists of small mammals, lizards, centipedes, and birds. Typically, the young are the ones that feed on large centipedes and once they become adults, they stick primarily to mammals and birds.

Following the trend of most rattlesnakes, they are ovoviviparous which means it gives live birth rather than laying eggs. Mating begins in the late summer and continues into the early fall with the gestating period lasting around 4 to 5 months. After gestation is done, female snakes will give birth to 2 to 9 snakes at a time in the late summer of the next year.

The Ridge-nosed Rattlesnake can be found in southeastern Arizona and New Mexico as well as the Chihuahua and Sonora regions of Mexico. 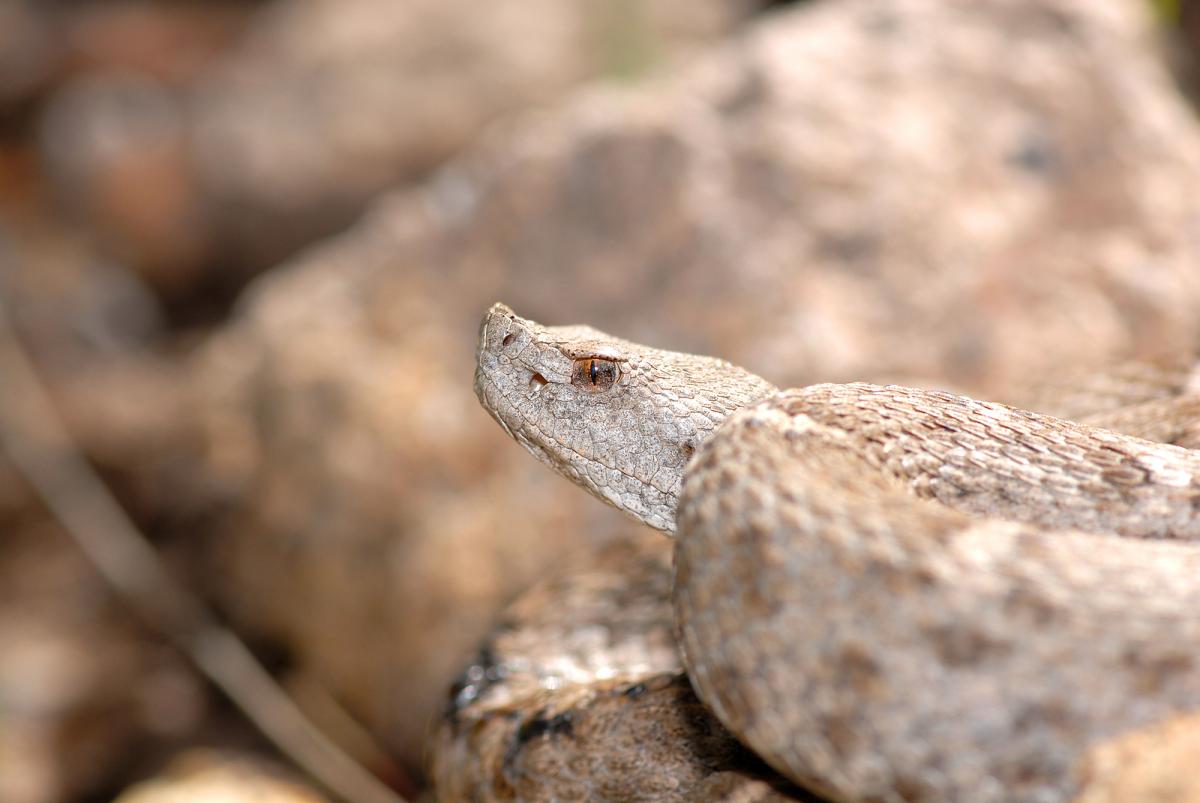 The New Mexico ridge-nosed rattlesnake is on the federal endangered species list.

As of writing this, they are considered to have a stable population according to the IUCN.

4 of the 5 subspecies are also considered to be stable with the New Mexico Ridge-nosed Rattlesnake being considered an endangered species and listed as threatened.

What is a Ridge-nosed Rattlesnake