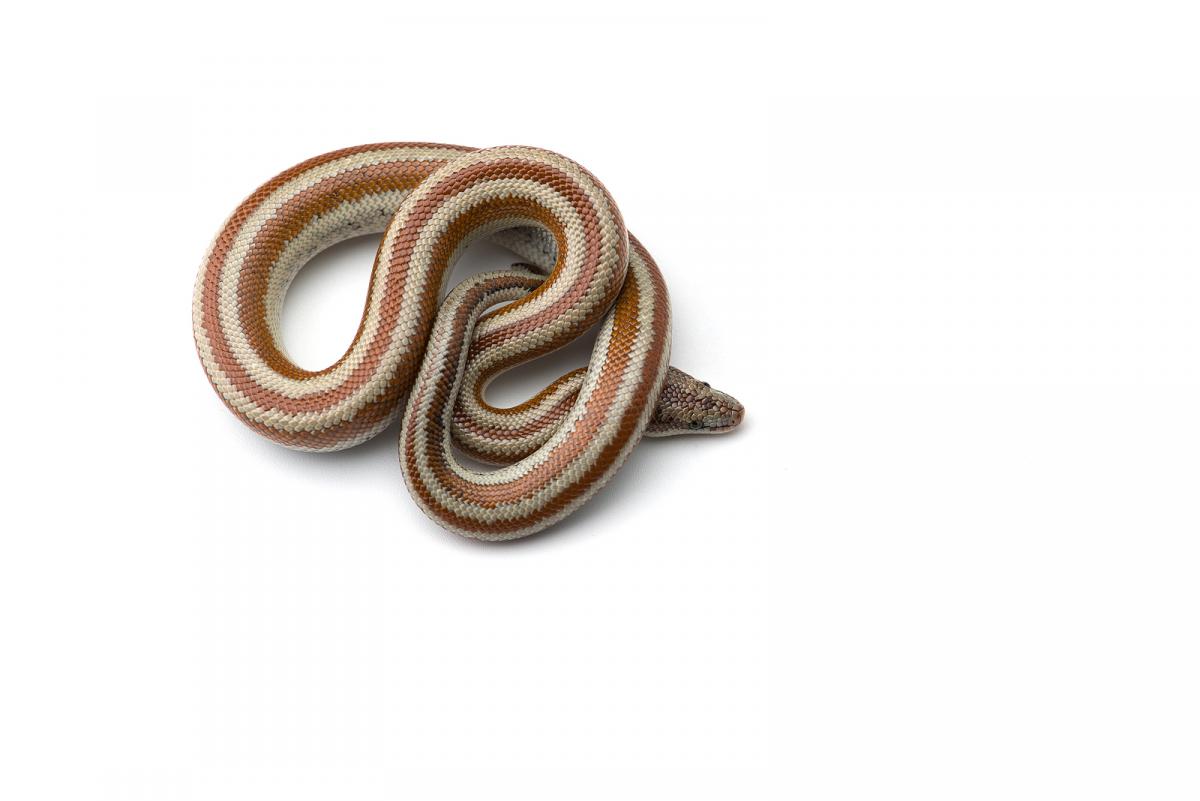 The Rosy Boa is a docile snake found in the American Southwest and is one of three boa species native to the United States. The other species include the rubber boa and desert rosy boa and all of these snakes are nonvenomous. These heavy-bodied snakes can be found in deserts, canyons, and shrublands, as well in riparian zones which are the pieces of land that exist alongside rivers, streams, lakes, or any other body of water.

Scientists and taxonomists have had a hard time classifying this snake species with some suggesting that they fall in line with the rubber boas genus of Charina rather than Lichanura. Furthermore, the species L. orcutti was thought to be a subspecies of L. trivirgata but DNA testing has determined that these snakes are in fact a species of their own.

Rosy Boas are a smooth scaled snake with a head that is ever so slightly wider than its neck. These snakes are can be gray, brown, cream, white, or tan with three stripes that run down the length of their body. The stripes can be brown, reddish brown, red, tan, or copper in color but are never the same as the base color.

Rosy Boas can grow to be around 17 to 44 inches in length with baby snakes being around 10 to 14 inches. Adult snakes will usually stay under 3 feet in length.

These snakes are carnivorous and eat other small snakes, amphibians, birds, and rodents. Because they are nonvenomous, Rosy Boas rely on constriction as their method of killing which means they wrap around their prey and slowly squeeze them to death via suffocation. The initial squeeze is used to position the snake’s body and from there they squeeze a little tighter every time their prey exhales.

Breeding season for Rosy Boas is usually around October to November when female snakes will have 3 to 14 live young. These boas are viviparous which means that they have young that grow inside of them instead of being ovoviviparous like rattlesnakes which have their eggs hatch inside of them.

Rosy Boas can be found in southern California, western Arizona, as well as parts of the Baja peninsula. You may get lucky and see these snakes in southern Nevada but for the most part they stick to those main two states.

As of writing this, the Rosy Boa isn’t a protected species but it is facing habitat destruction due to human activity. The IUCN believes that this species is somewhat protected from some habitat destruction other snakes are facing due to them preferring rocky terrain that isn’t usable for housing or farms.