Class: Aves » What is a Snowy Egret Bird (Egretta thula) 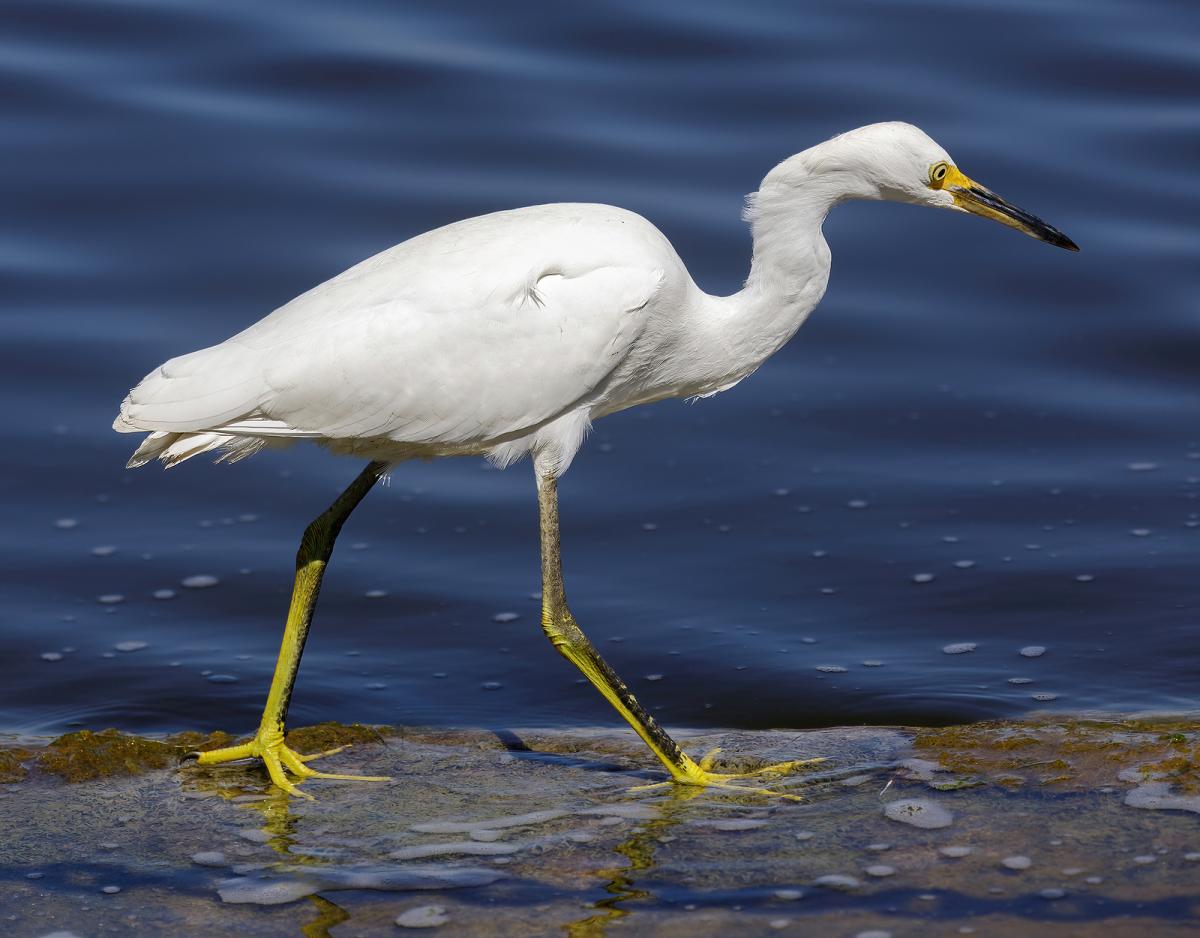 The Snowy Egret is a heron that is small in size, compared to other herons, and was hunted to the brink of extinction in the 1800s by plume hunters who killed the birds for their impressive and long breeding plumes. These plumes were put into hats as a fashion statement but in 1910, the plume trade ended helping the Snowy Egrets population rebound.

Found in and around water, the Snowy Egret can be seen wading through the shallows looking for food. Even though their preferred method of hunting is to stand still and wait for their prey to get within striking distance, these birds have been known to chase their food if need be. Snowy Egrets are also known to feed in open fields, following closely behind livestock as they graze and kick up bugs for the birds to eat. 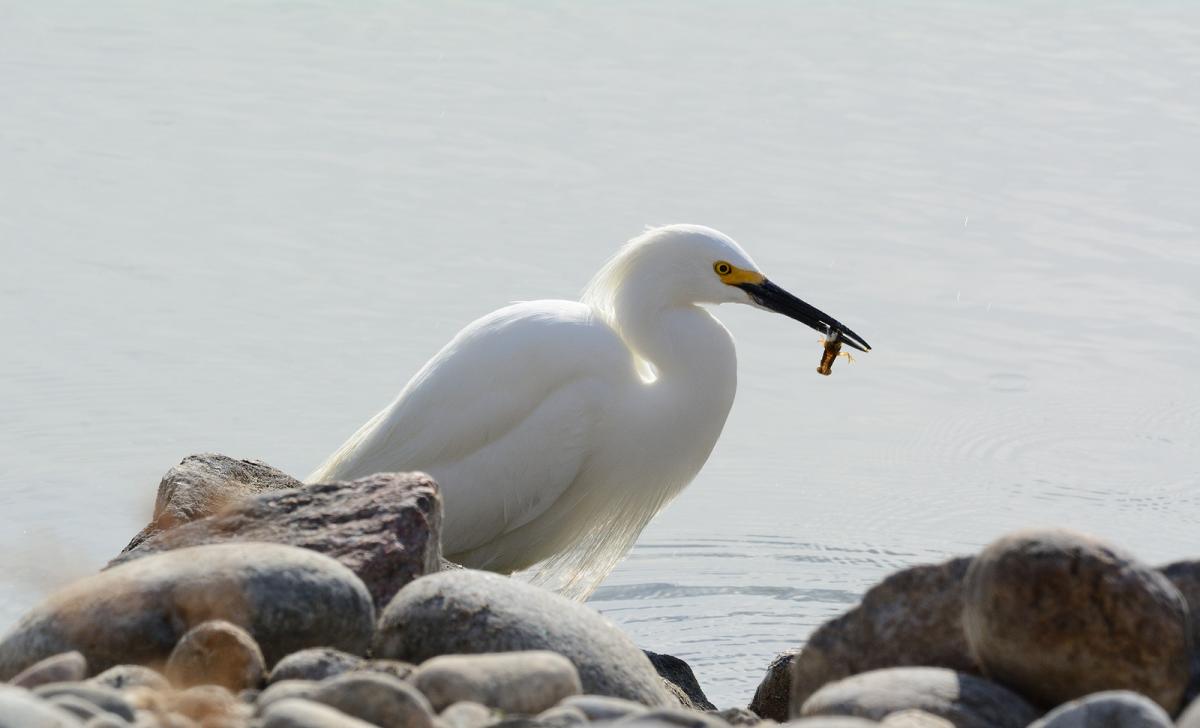 Snowy Egrets are medium size bird but is considered to be small as far as egrets or herons go. They have long, slender necks with thin black bill that has a yellow patch between their eyes and the bill. That patch is called a lore and it’s basically the region between the eyes and nostrils of birds, reptiles, and amphibians.

The Snowy Egret, as you can imagine, is covered in pure white feathers from head to tail. Their legs are black in color with yellow feet that starts around the ankle if birds even have those. Younger Snowy Egrets will have a greenish tint to their legs that will eventually turn black as they get older.

The length of the Snowy Egret from head to tail is around 22 to 26 inches long. Their wingspan can reach nearly 40 inches from wingtip to wingtip. 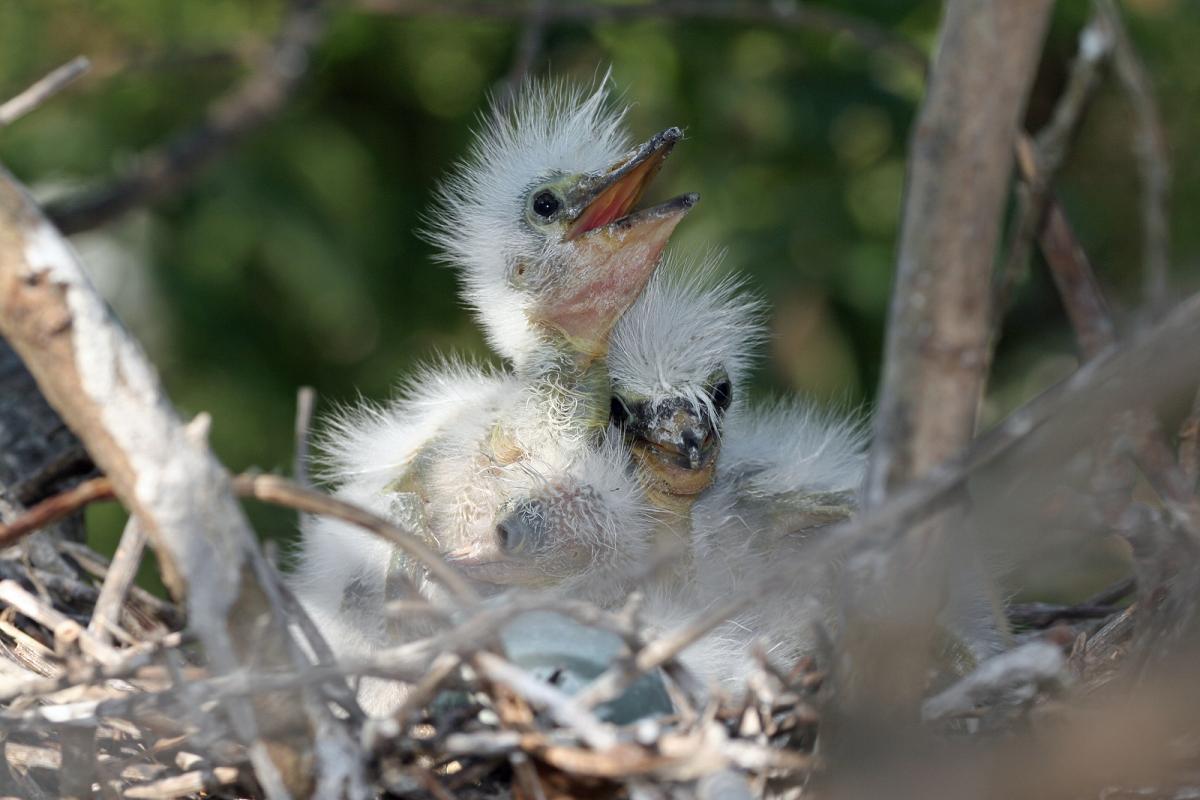 Snowy Egrets will nest and breed in colonies with other bird species in the spring with only one partner. In order to attract a partner, the Snowy Egret claims his territory to build a nest and then does a mating display where the male will raise his bill, bob up and down, call, and dive into the water. Once the female has selected the male, she will finish building the nest to her liking with twigs, grass, moss, and anything else the male can bring back.

Female Snowy Egrets will lay up to 6 eggs at a time which will take around 24 days to hatch. After the eggs have hatched, the baby birds are fed by both parents until the baby is ready to leave the nest, which happens in about 22 days.

Snowy Egrets can be found in north, central, and south America with a majority of them living in south America year-round. There are populations that live along the east coast wrapping all way around to the southern tip of Texas in the Gulf of Mexico in the United States. On the west coast, California is one of the few states that also has a year-round population that can be found in southern California, central California, and along the coast all the way up into northern California.

While they were once protected federally due to hunting practices, the Snowy Egret population has recovered enough to be put on the least concern list by the IUCN and continues to trend upward.