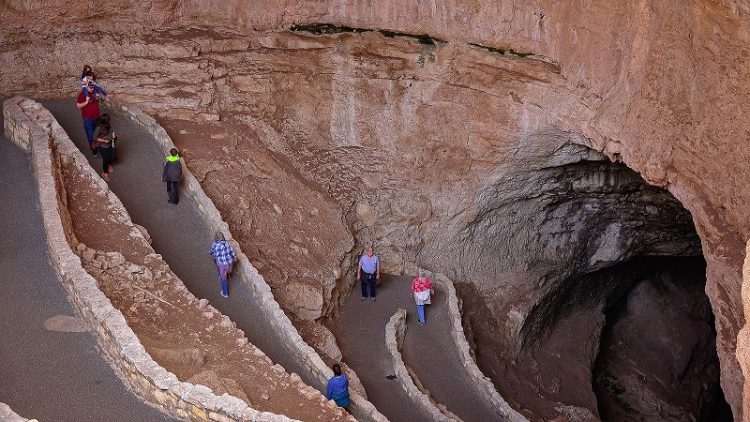 What is a Switchback

In hiking, there are many terms out there describing what kind of trail or terrain you’ll be hiking over and one of the more common terms is switchbacks.

Switchbacks exist to allow you to hike up the side of a mountain or hill without having to go straight up the middle.

You will know when you’ve hit a switchback by the way the trail makes its trademarked shape of what can only be described as a snake while it’s moving. What I mean by that is switchbacks will take you back and forth across the mountain with a moderate incline in a giant repeating S pattern all the way until you get to the top.

In some cases, you can cut up the middle of switchbacks but that isn’t advised because one, it’s much harder to climb and two, the park services may have laid down netting to prevent rocks from falling down on hikers on the path.

Walking on the webbing or tethers could weaken the support they give so it’s best to just stay on the trail that’s marked. 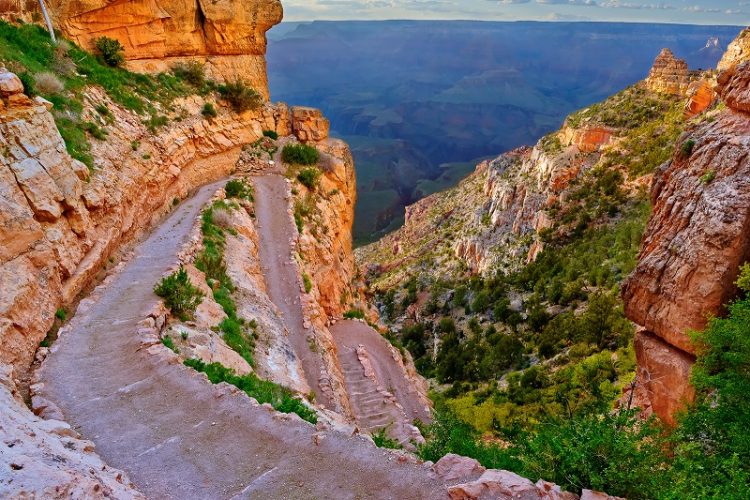 A view of the Grand Canyon near sunset from the top of the twisty and switchbacking South Kaibab Trail. The bluish haze in the background is from smoke and pollution drifting into the canyon from California and Nevada.If you’re looking for examples of a switchback hike then look at Mary Jane Falls on Mt. Charleston. While that hike starts out on a generic straight path, it eventually has you take switchbacks in order to ascend the mountain to get to the sometimes flowing waterfall. 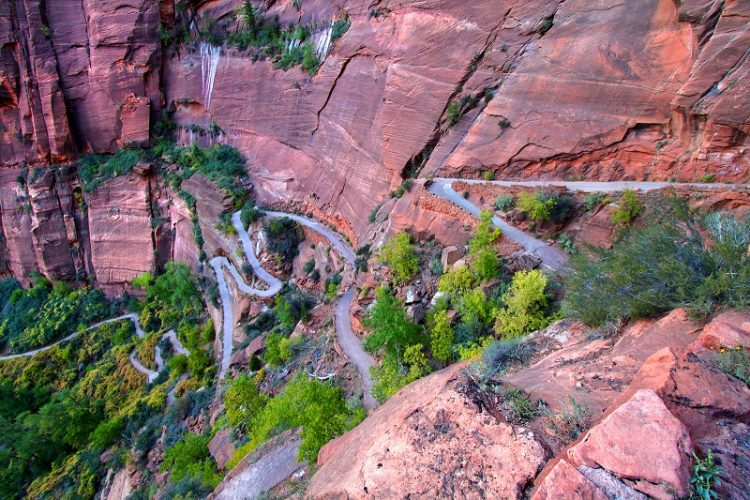 Switchbacks of the Angels Landing Trail wind down the walls of Zion Canyon in Utah.

Another one is the famous Walter’s Wiggles which consists of 21 steep switchbacks to get to the top of Angel’s Landing at Zion National Park in Utah. 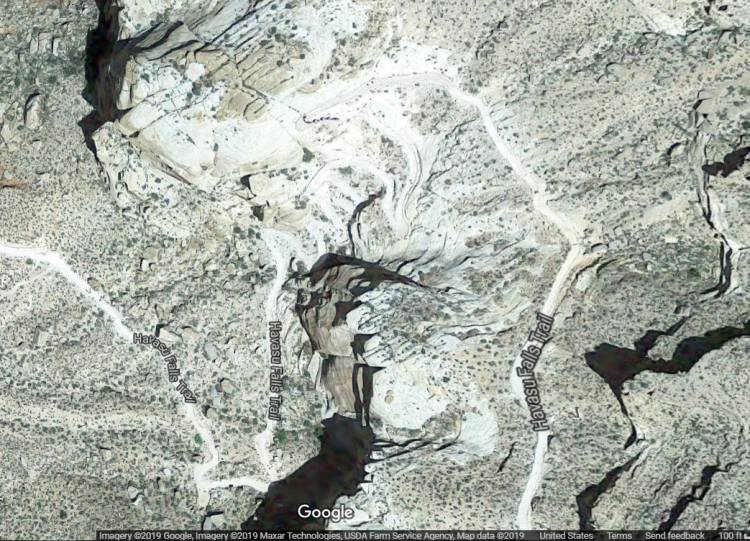 The beginning, or end depending on which way you’re coming from, of the Havasupai trail, also consists of switchbacks but these will be a bit harder than Mary Jane Falls because of the extra weight from camping gear.

What is a Switchback