Class: Reptilia » What is a Texas Night Snake (Hypsiglena jani)

What is a Texas Night Snake 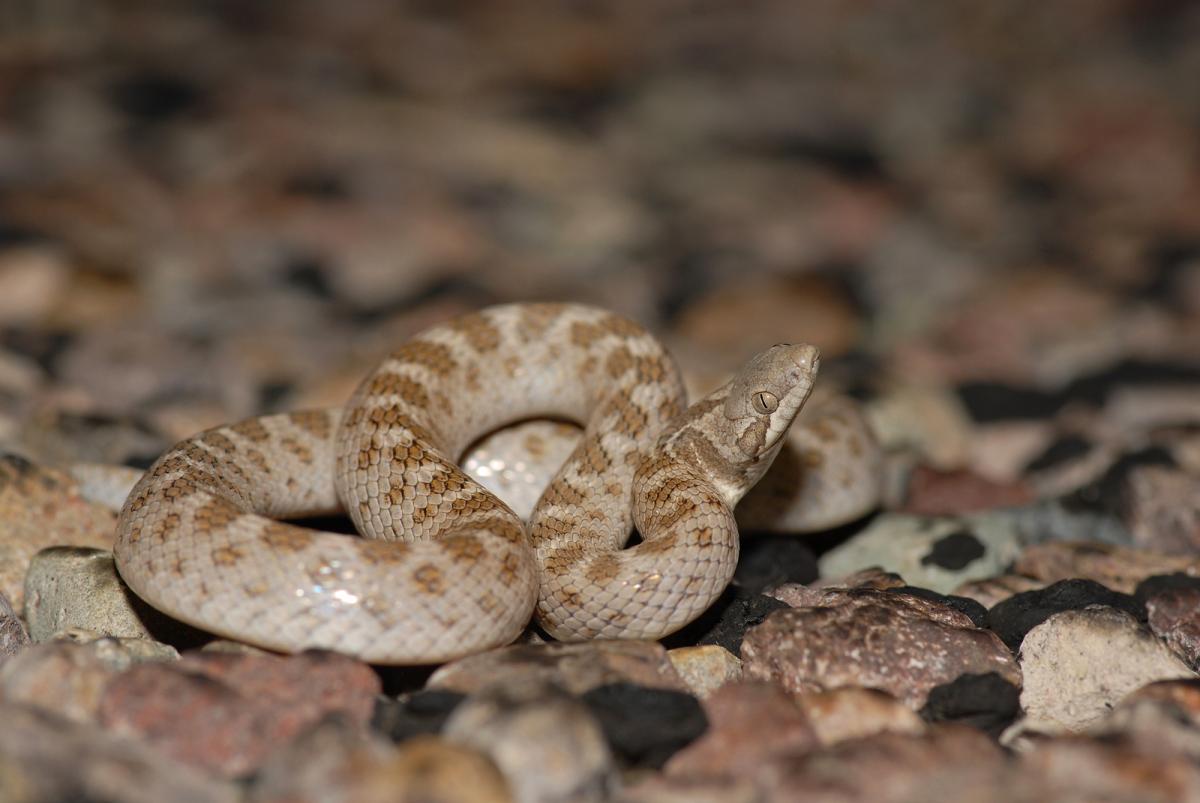 The Texas Night Snake is a species of snake that belongs to the Colubridae family which has the most snakes in its classification in the world sitting at around 250 snakes. These snakes can be found in the southwestern United States as well as parts of Mexico.

While a lot of snakes in the southwest can produce nasty venoms, the Texas Night Snake is in fact able to produce venom, but its not dangerous enough to cause any harm to humans. If bitten by these snakes, you can expect to have some localized swelling and pain but not much past that, baring some freak allergic reaction. You should always clean the bite site to reduce infection risks and if you think you may be one of the unlucky few to have worse than mild symptoms, seek out medical advice.

Texas Night Snakes are pretty docile around humans and try to run and hide rather than stick around and try to figure out what we’re doing in the area. You can expect to find these little guys under rocks, in fallen over trees, or hidden amongst debris.

As stated before, the Texas Night Snake is a small snake with a decent size, uniform thickness to it. What I mean by that, since that really isn’t the best scientific explanation, is that its not robust and thick like a Western Diamondback Rattlesnake but it’s also not thin like a Southwestern Blackhead Snake, it’s somewhere in between in relation to its length.

These snakes will usually be light gray or tan with dark brown splotches running down its back. The scales of this snake tend to be smooth with a white stomach.

Their heads kind of blend into their necks, in terms of size differences, with two dark lines under each eye.

Texas Night Snakes will grow anywhere from 10 to 16 inches in length with a record of 20 inches.

Mating season for the Texas Night Snake will begin in spring with eggs taking around 8 weeks to incubate.

According to the IUCN, the Texas Night Snake is considered to be in the least concern category and its population considered stable

What is a Texas Night Snake