Class: Reptilia » What is a Twin-Spotted Rattlesnake (Crotalus pricei)

What is a Twin-Spotted Rattlesnake

The Twin-Spotted Rattlesnake is a small pit viper living in the American southwest as well as parts of Mexico. If you hope to find one, you’ll have to look in the mountains and high desert because they typically only live at elevations between 6,000 and 10,000 feet.

Being a rattlesnake, the Twin-Spotted Rattlesnake is venomous although its bite is not lethal, most of the time anyway. These snakes’ venom is classified as hemotoxic which means that when it bites something, the surrounding blood cells, muscles, and tissue start to break down. If left untreated, this can lead to necrosis, further muscle damage, and even death if you have a bad enough reaction to it.

Given their small size, the Twin-Spotted Rattlesnake is not likely to bite humans as we are considered to be large predators but even if you are bitten, don’t take it lightly. Again, a bite from these is rare and its venom is not the most potent, but don’t risk it and get it checked out.

You don’t want to be the first recorded death because of arrogance. 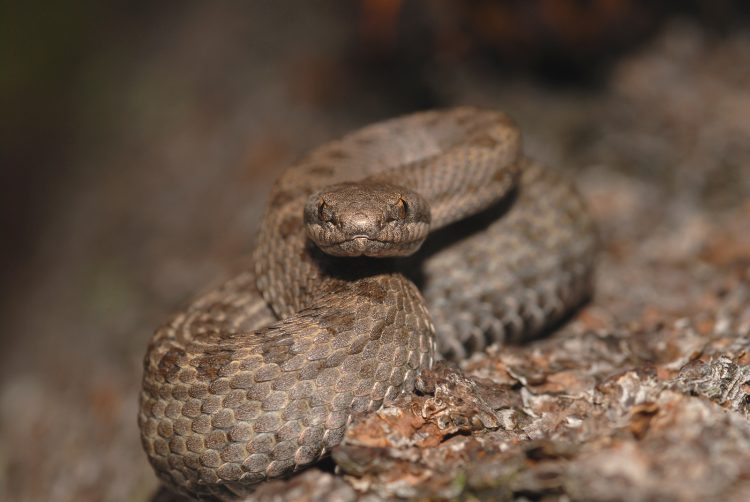 The twin-spotted rattlesnake is a small venomous reptile found in the mountains of Arizona and Mexico.

As stated before, the Twin-Spotted Rattlesnake is a small snake that has a triangle-shaped head and rough scales. On their head, two dark lines start at the snake’s eyes and go all the way to the back of their jaw.

These snakes have a coloration that matches their surroundings to help it blend in which is usually brown, tan, or gray. The patterns on the snake help give it its name by having two nearly identical rows of spots or blotches running down the length of the snake on either side of its back.

Twin Spotted Rattlesnakes will grown to be around 12 to 24 inches in length with a maximum recorded length of 26 inches.

These snakes are active in the daytime and prey on lizards and small mammals. 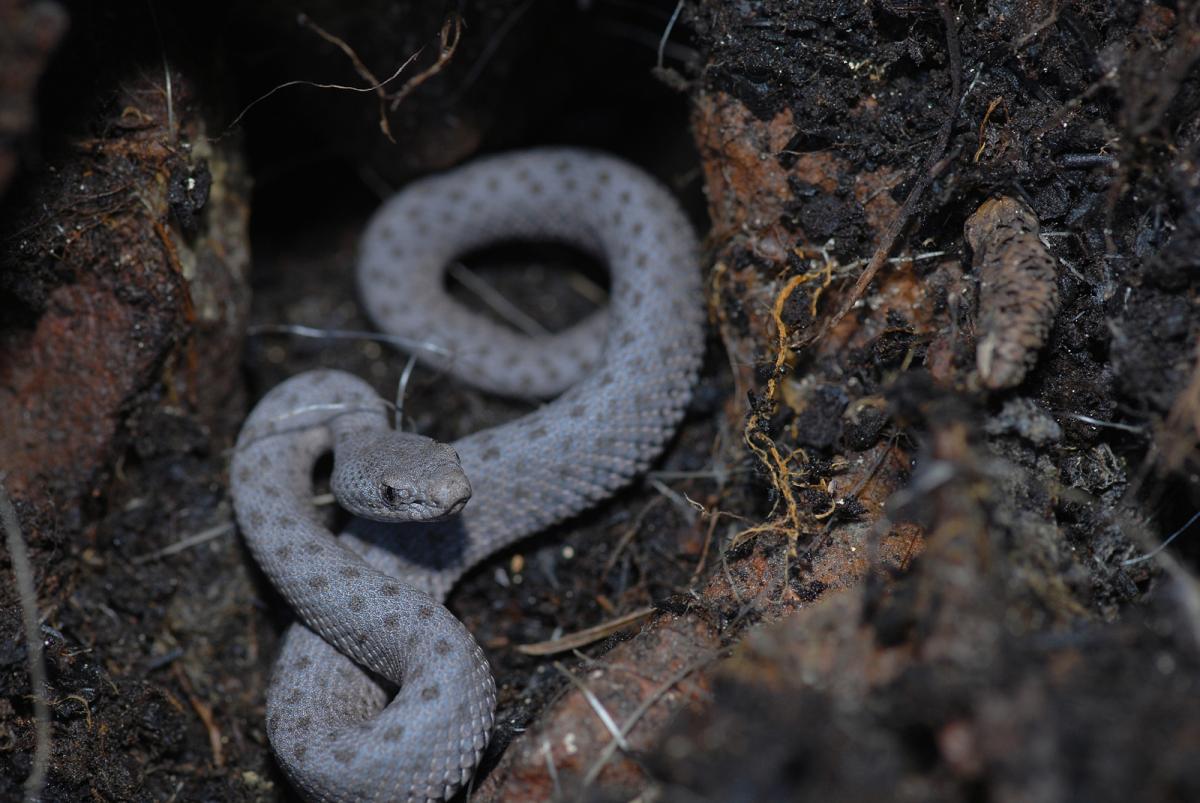 A small juvenile twin-spotted rattlesnake, as viewed between a few large rocks.

Breeding season for the Twin Spotted Rattlesnake begins in the spring with live young being born in late summer.

The female snake will lay anywhere from 3 to 8 snakes at a time with baby snakes measuring around 6 to 8 inches in length.

Twin Spotted Rattlesnakes can be found in southeastern Arizona.

In Mexico, it is found in Sonora, Chihuahua, Durango Coahuila, Tamaulipas, and Nuevo Leon.

These snakes are considered to be in the least concern category by the IUCN due to their population being stable. 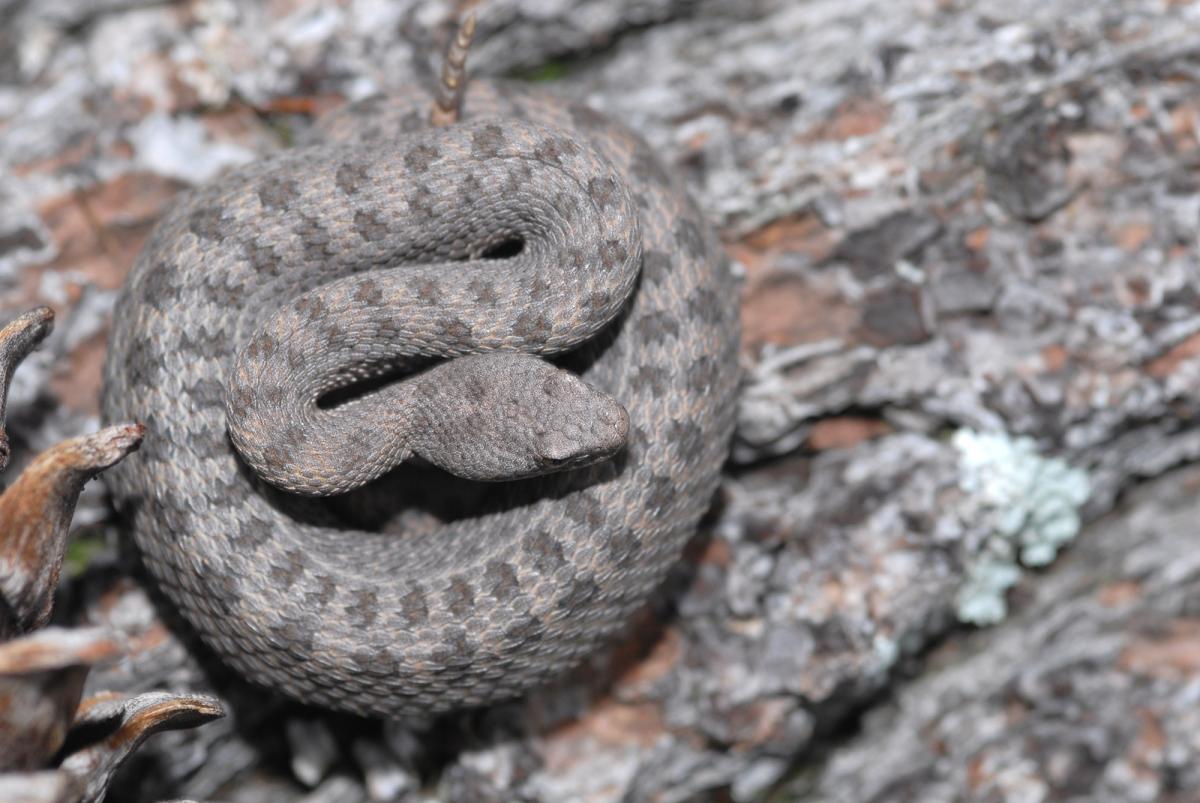 A twin-spotted rattlesnake photographed from above to show the twin-spot pattern.

What is a Twin-Spotted Rattlesnake