What is a Western Hognose Snake (Heteroden nasicus)

What is a Western Hognose Snake 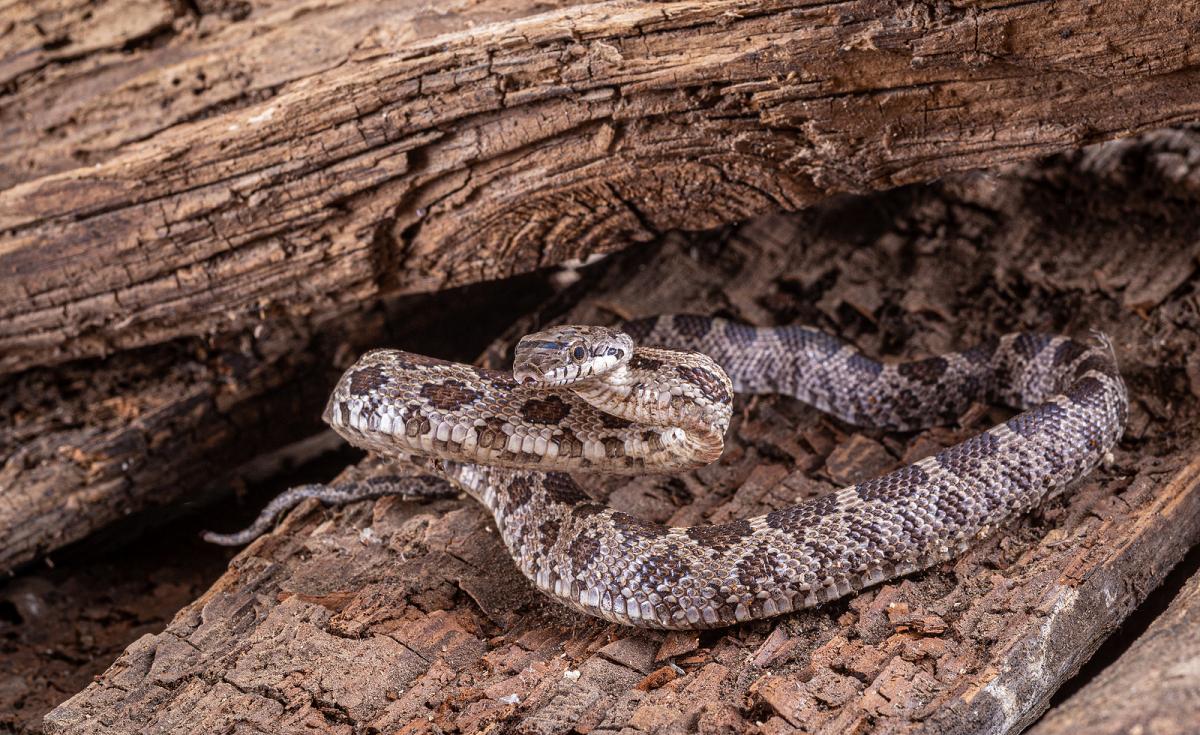 Closeup of a western hognose snake, Heteroden nasicus, on old wood of a tree

The Western Hognose Snake is known for its goofy, fun head shape as well as its beautiful coloring and patterns that run the length of its body. The crowning jewel of these snakes is its snout that is pointed up giving it the resemblance like that of a pigs nose hence the name, hognose.

Western Hognose Snakes are a relatively docile snake which is why they are common as pets for snake lovers. Hognose Snakes do have a venomous bite, but the venom isn’t dangerous to humans and these snakes very rarely people; they’d rather play dead or scurry away.

Their venom is extremely effective on amphibians, which is their primary food source rather than mice or rodents. Because they enjoy eating frogs and toads, the Western Hognose Snake has developed an immunity to the toxins some of their prey create which is good for the snake, bad for the frog.

One other characteristic that helps the Western Hognose Snake stick out of the crowd it its showmanship. One of the ways it tries to scare off any would be predators is by flattening part of its body and raising their heads, which ends up making it look like a cobra or even a rattlesnake from the right angle.

If that trick doesn’t, Hognose Snakes will play dead, whipping their heads and tails around even popping blood vessels in the process to leak blood from its mouth. Once they feel like they’re safe, the Hognose will raise its head to look around and then flee to safety if the coast is clear.

Western Hognose Snakes are small to medium in size and have a scale on its nose that points up, as stated before.

As far as coloration goes, it varies from subspecies to subspecies but they are typically gray, tan, or light brown in color with dark blotches all over its body.

To the untrained eye, the Western Hognose Snake can resemble a rattlesnake which can be considered a form of Batesian mimicry, which we covered when talking about the Arizona Mountain Kingsnake.

Western Hognose Snakes are a small to medium sized snake that grows anywhere from 24 to 36 inches in length.

The diet of a Western Hognose Snake in the wild consists primarily of amphibians like tree frogs, toads, and lizards. There have been account of the snake eating the occasional rodent but they prefer amphibians for the most part.

Mating season for the Hognose Snake can begin as early as February and March with female snakes laying eggs sometime in June to August. Eggs will take around 60 days to hatch with baby snakes measuring about 5 to 9 inches in length. Female Western Hognose Snakes lay around 4 to 23 eggs at a time

Western Hognose Snakes live from southern Canada all the down to northern Mexico and everywhere in between.

As far as Canada is concerned, you can find them in Saskatchewan, Alberta, and Manitoba.

For Mexico, the Western Hognose can be found in northern to central regions reaching from Tamaulipas to central San Luis Potosí.

Western Hognose Snakes will live around 18 years with some snakes even passing 20, although this is rare.

As of writing this, the Western Hognose Snake is classified as least concern by the IUCN as their population is decently stable.

What is a Western Hognose Snake

Previous Post: « What is a Banded Rock Rattlesnake (Crotalus lepidus klauberi)
Next Post: What is an Arizona Long-nosed Snake »