Class: Aves » What is an American Avocet (Recurvirostra americana)

What is an American Avocet

The American Avocet is a long-legged, curved-beak bird that likes to spend its time wading in the water looking for food.

These birds have a unique call that can be described as either shrill and annoying or soothing and melodic.

When in danger, American Avocets will change the pitch of their calls to confuse predators into thinking that they are coming at them faster than they really are.

Another unique thing about these birds is that they will participate in a phenomenon called brood parasitism. What that means is females will occasionally lay their eggs in other birds’ nests, leaving other species of birds the task of incubating and raising their babies. While they’re laying eggs in other birds’ nests, other species of birds, such as Black-necked Stilts or Common Terns, have been found doing the same to them. 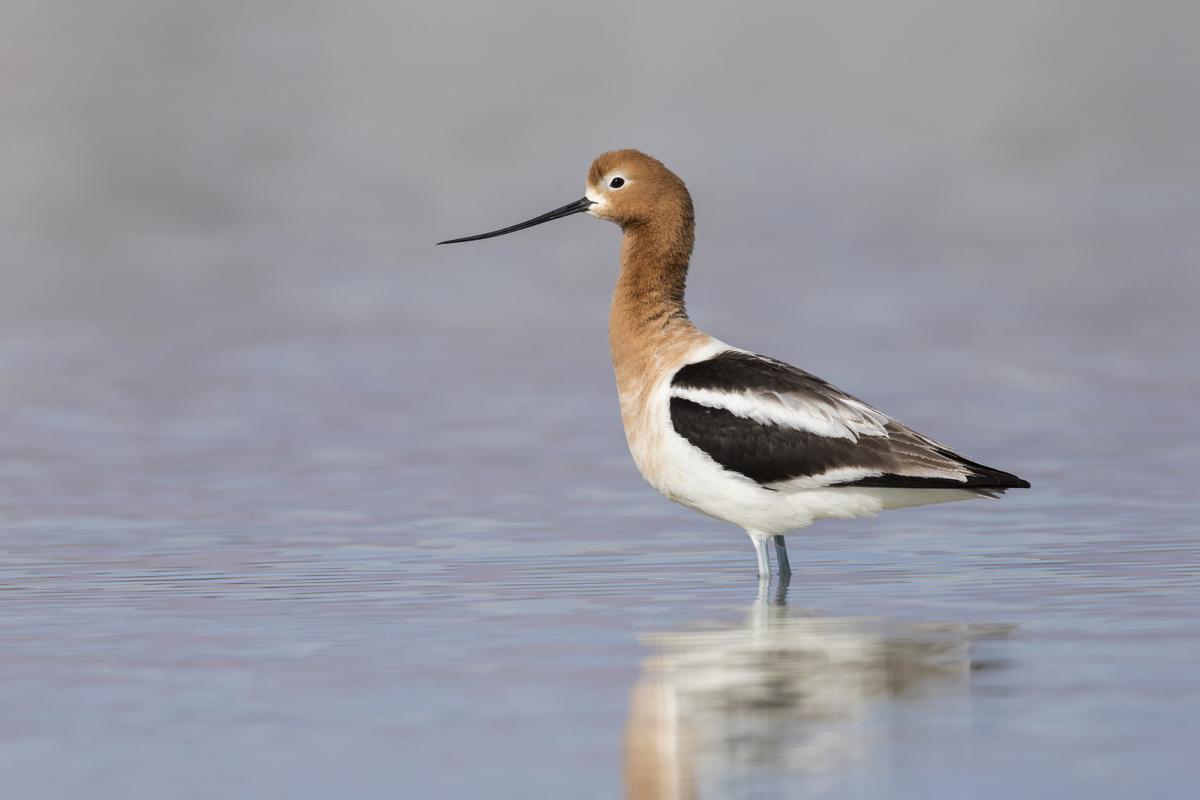 American Avocets small to medium sized birds that are easy to pick out in a crowd due to their orangish red neck and head and its curved, long, and black bill.

Because these birds spend a majority of their time in and around water, they have long and thin legs that are greyish blue in color.

American Avocets plumage is white and black on their back with their wings and upper back having more black while their underbellies are mostly white.

During the winter, the orangish red feathers on their head and neck turn grey or greyish white.

American Avocets will grow to have a wingspan of around 28 inches in length from wingtip to wingtip. When measured from tail to the tip of their beak, these birds will reach about 16 to 18 inches in length.

American Avocets have a diet that consists of small insects and crustaceans. They may also feed on midge larvae or any other small animal that lives in and around the shallow waters where they feed.

American Avocets mate in the spring and lay their eggs right on the ground without making a traditional nest. If there is a nest built, it’s simple in nature with only a ring of dirt, pebbles, or other nearby debris being used. Females will lay around 3 to 5 eggs at a time with an incubation period lasting around 25 days. Both male and female birds will help incubate the eggs during the day with the female avocet exclusively incubating at night. 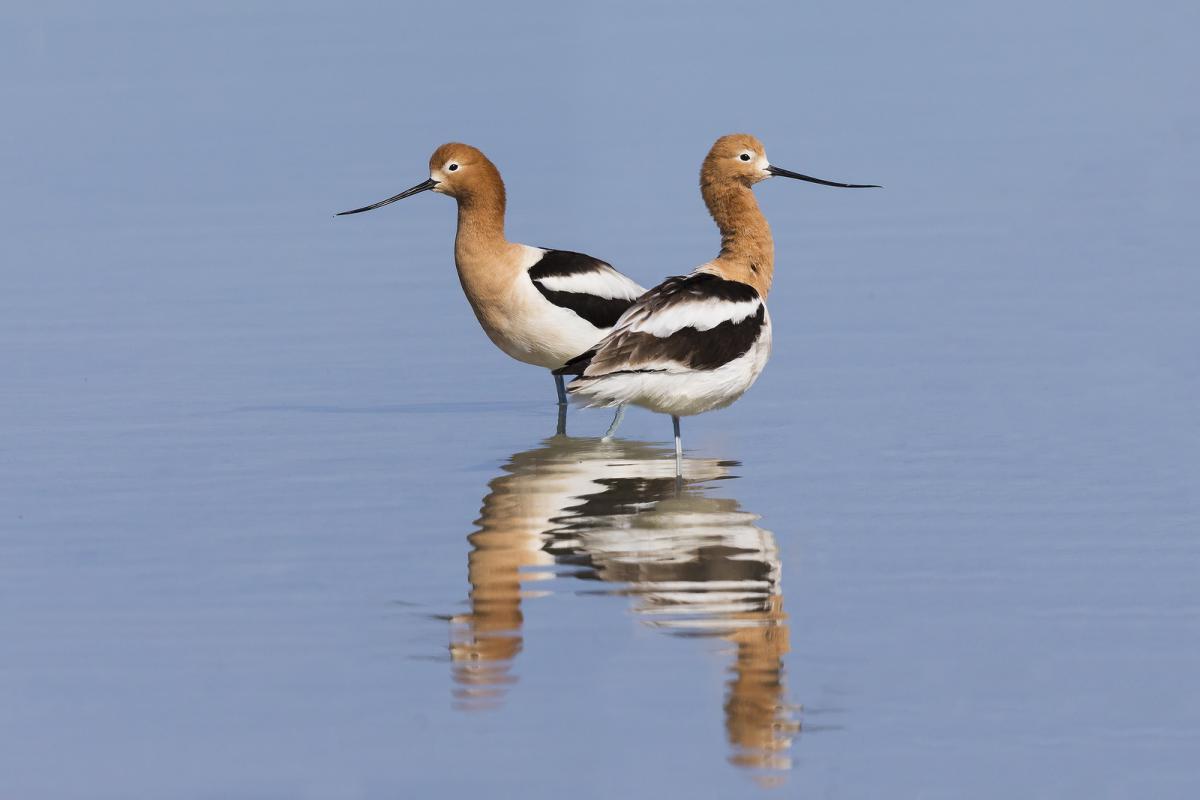 American Avocets are found in a vast majority of the United States and Mexico as well as parts of Canada. Instead of listing every state and provence that they are found, we will include an image from allaboutbirds.org that shows where you can find an American Avocet.

How Long do American Avocets Live

In the wild, American Avocets can live to be around 9 years old.

American Avocets are protected under the Migratory Bird Act of 1918 and is protected in any federal or state park.

What is an American Avocet