Class: Insecta » What is an American Snout Butterfly (Libytheana carinenta) 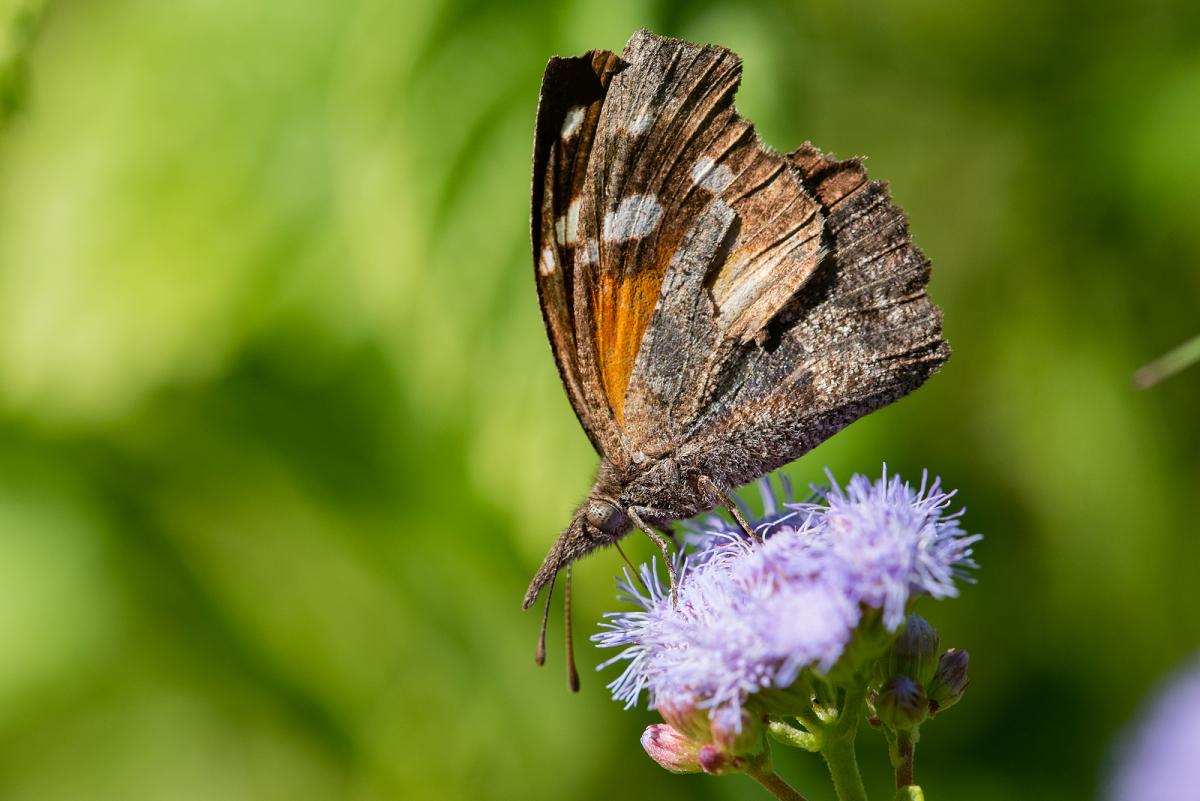 An American Snout butterfly feeding from wildflower in the LRGV.

The American Snout Butterfly is an odd-looking butterfly that is found in both North and South America and is known for its unique mouth shape as well as its mass migrations, much like the Monarch Butterfly. While bugs migrating is nothing new, or even special, the American Snout Butterfly has irregular population explosions that can cause the number of butterflies to increase so much that it can darken the skies.

The reason why the population explosions are semi-random is that it has to do with specific weather patterns that happen before June to October, which is considered to be the migratory season. While it may not be a 100% infallible reason, scientists think that American Snout Butterfly populations fluctuate due to drought followed up by heavy rains.

The droughts cause a known parasite of the butterfly to die off more than normal which allows more butterflies to stay alive longer. The rains that follow the drought caused the vegetation in the area to grow new leaves in large enough quantities to support the newly hatches larvae and caterpillars. The wombo combo of these two weather occurrences creates the perfect storm of circumstances allowing migration patterns to block out the sun, mostly. One other thing to note is that the droughts cause the butterflies to go into hiding but the rains bring them all back at once causing a mass egg-laying event. Again, perfect storm scenario.

View other Butterflies and Moths in the Southwest.

American Snout Butterflies are normal-sized butterflies but have a pronounced blocky or jaggedness to their front set of wings. Their wings are brown on top with orange patches and white spots towards the outside edges. The white spots aren’t consistent in size like they would be on a monarch butterfly and are just kind of randomly scattered. The underside of the wing is different from the front and back wings with the front wings mimicking the same colors as on top and the back wings being a solid brown or gray-brown.

American Snout Butterflies get their name from their unusual-looking mouth that has become elongated. This elongated snout, paired with its brown and orange colorations and jagged wings, allows the butterfly to blend into their surroundings by looking like a dead hanging leaf. The dead leaf look is further sold by their antennae which can hang down to look like the stem of a leaf

American Snout Butterflies will grow to have a wingspan of around 1.5 to 2 inches in length

Adult American Snout Butterflies feed on a variety of nectar from the flowers of aster, dogwood, and goldenrod, to name a few.

Caterpillars will feed primarily on hackberry trees but will venture out and eat other foliage if necessary.

While we can’t find exactly when these butterflies reproduce, we can infer that it starts around May and carries into September as it only takes around 15 to 17 days for the butterfly’s eggs to hatch and turn into adult butterflies. Again, it’s not concrete but their migration is from June to October so estimating about a month back from beginning to end seems reasonable. What we know is that the butterflies mate at night.

American Snout Butterflies live nearly everywhere in the continental United States with the exception of the northwestern states of Washington, Oregon, Idaho, and Montana. These butterflies can be found in parts of southern Ontario and Quebec as well as most of the Mexican peninsula.

As of writing this, the American Snout Butterfly has no federal protections for it as the population is considered to be stable and not a concern for conservation.