Class: Reptilia » What is an Arizona Long-nosed Snake

What is an Arizona Long-nosed Snake 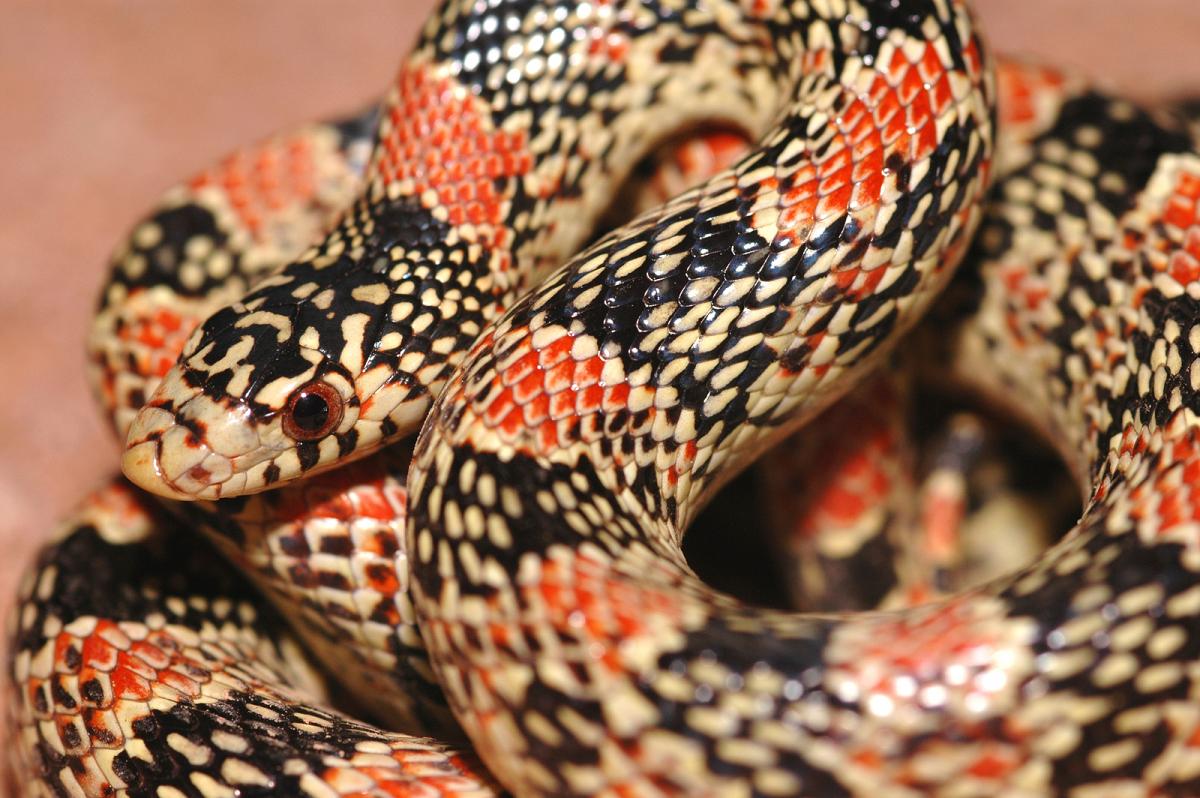 A long-nose snake found in the high desert region of Arizona.

The Arizona Long-nosed Snake is a non-venomous snake found in the southwest, west, and central United States and parts of northern Mexico. To humans, these snakes are a beautiful and cool snake to look at but for other animals, it could look like something much worse.

Because the Arizona Long-nosed snake is harmless, almost to a fault, it has evolved overtime to have the coloration similar to kingsnakes and coral snakes which can be bad news if you’re looking for something to eat. This evolutionary phenomenon is called Batesian mimicry and it is seen throughout the animal kingdom and in other snakes like the Arizona Mountain Snake and the Western Hognose Snake.

Sadly for these snakes, human will confuse them with coral snakes and often times kill them out of fear of being bit by something they think is far deadlier than it really is.

As stated before, Arizona Long-nosed Snakes are harmless and won’t bite even if they’re handled or provoked to unnecessary levels. Instead, they will release poop, blood, and musk from their body hoping that the concoction is gross enough to make whatever it holding it let go so it can flee.

Arizona Long-nosed Snakes are known for their, you guessed it, long nose or snout that curves up a little bit and is pointed.

They have different variations of coloration and patterns depending on the snake but will typically be tricolored and have bands of white or a yellowish cream, black, and red running down the length of their body.

On the banding, you will find speckling that breaks up the solid colors and usually matches the color of the snakes belly.

Arizona Long-nosed snakes will grow anywhere from 16 to 36 inches in length with a maximum of about 41 inches.

The Arizona Long-nosed Snake has a typical desert snake diet consisting of lizards, amphibians, small snakes and rodents on the rare occasion.

Mating season for the Arizona Long-nosed Snake will begin in the spring with female snakes laying eggs in the early summer.

A clutch can be anywhere from 4 to 9 eggs and will hatch sometime in the late summer or early fall.

Arizona Long-nosed Snakes will primarily live in the southwestern United States and even parts of northern Mexico.

Arizona Long-nosed snakes can also be found in between and in the regions of San Luis Potosi and Chihuahua, Mexico.

As of writing this, the Arizona Long-nose Snake does not have any federal protections as the population is considered stable by the IUCN

What is an Arizona Long-nosed Snake

Previous Post: « What is a Western Hognose Snake (Heteroden nasicus)
Next Post: What is a Hopi Rattlesnake (Crotalus viridis nuntius) »