Conglomerate (/kənˈɡlɒmərɪt/) is a coarse-grained clastic sedimentary rock that is composed of a substantial fraction of rounded to subangular gravel-size clasts, e.g., granules, pebbles, cobbles, and boulders, larger than 2 mm (0.079 in) in diameter.

Conglomerates form by the consolidation and lithification of gravel.

Conglomerates can be found in sedimentary rock sequences of all ages but probably make up less than 1 percent by weight of all sedimentary rocks. In terms of origin and depositional mechanisms, they are closely related to sandstones and exhibit many of the same types of sedimentary structures, e.g., tabular and trough cross-bedding and graded bedding.

Conglomerates may be named and classified by the:

The classification method depends on the type and detail of research being conducted. 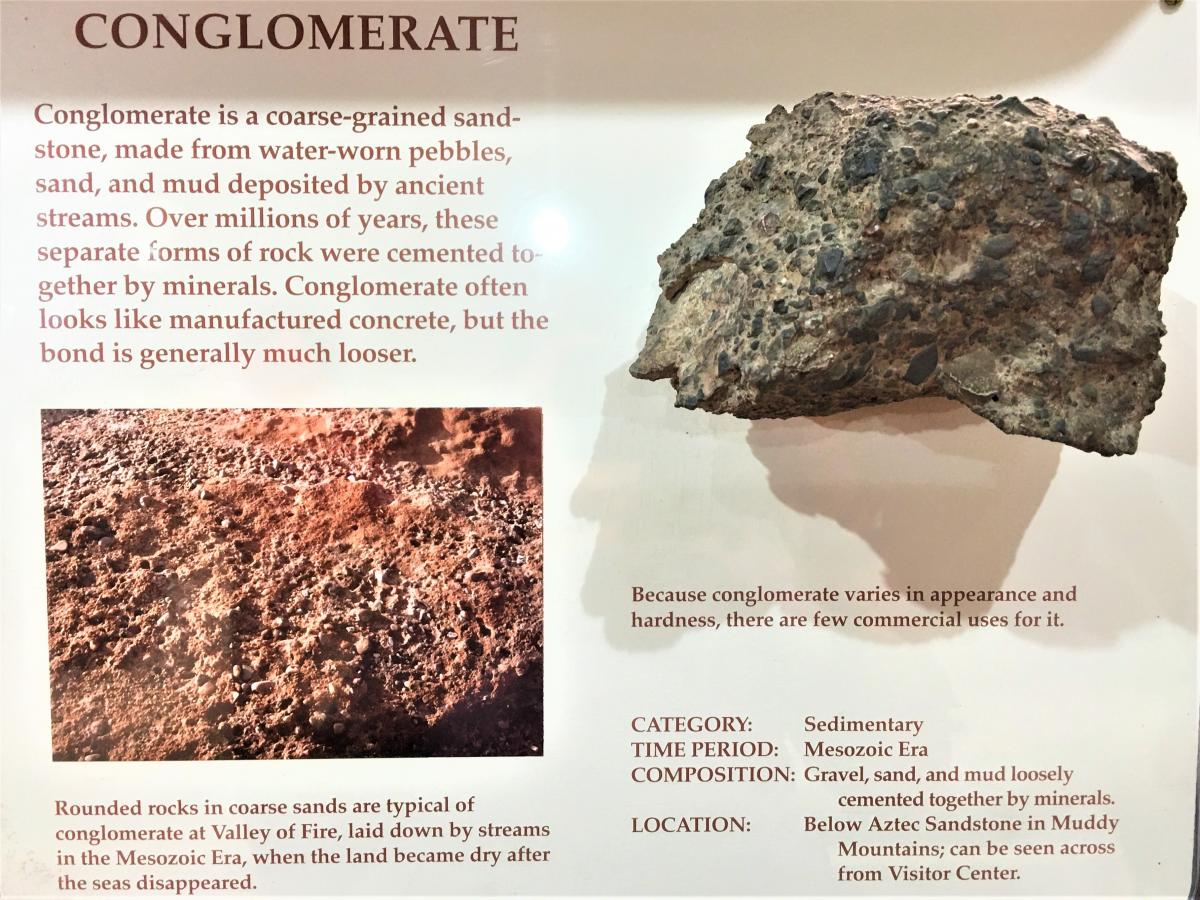 Conglomerate is a coarse-grained sandstone, made from water-worn pebbles, sand, and mud deposited by ancient streams.

Over millions of years, these separate forms of rock were cemented together by minerals.

Conglomerate often looks like manufactured concrete, but the bond is generally much looser.

Rounded rocks in coarse sands are typical of conglomerate at Valley of Fire, laid down by streams in the Mesozoic Era when the land became dry after the seas disappeared.

Because conglomerate varies in appearance and hardness, there are few commercial uses for it.

Composition: Gravel, sand, and mud loosely cemented together by minerals.

Location: Below Aztec Sandstone in Muddy Mountains; can be seen across from Visitor Center.