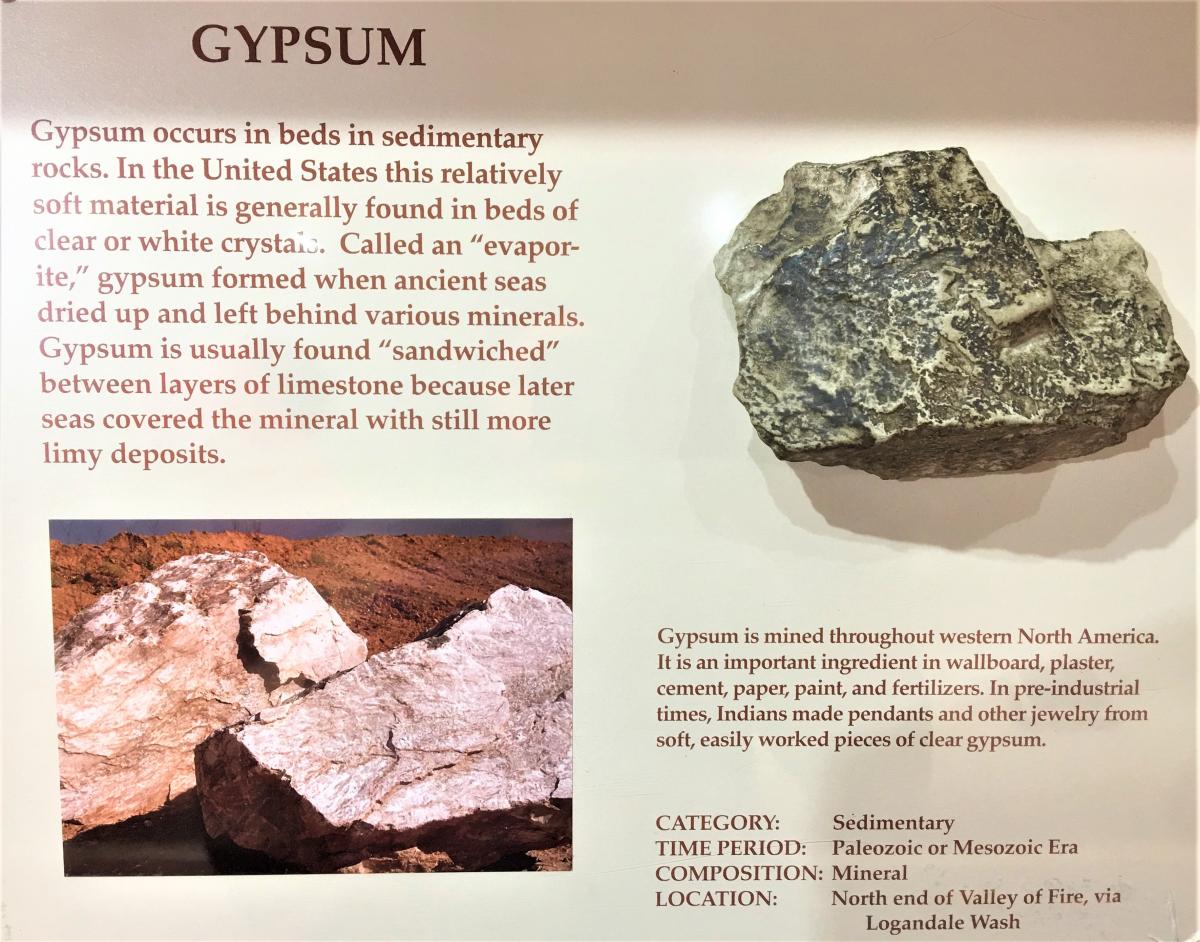 In the United States, this relatively soft material is generally found in beds of clear or white crystals.

Called an “evaporite” gypsum formed when ancient seas dried up and left behind various minerals.

Gypsum is usually found “sandwiched” between layers of limestone because later seas covered the mineral with still more limy deposits.

it is an important ingredient in wallboard, plaster, cement, paper, pain, and fertilizers.

In pre-industrial times, Indians made pendants and other jewelry from soft easily worked pieces of clear gypsum.

Location: North end of Valley of Fire, via Logandale Wash