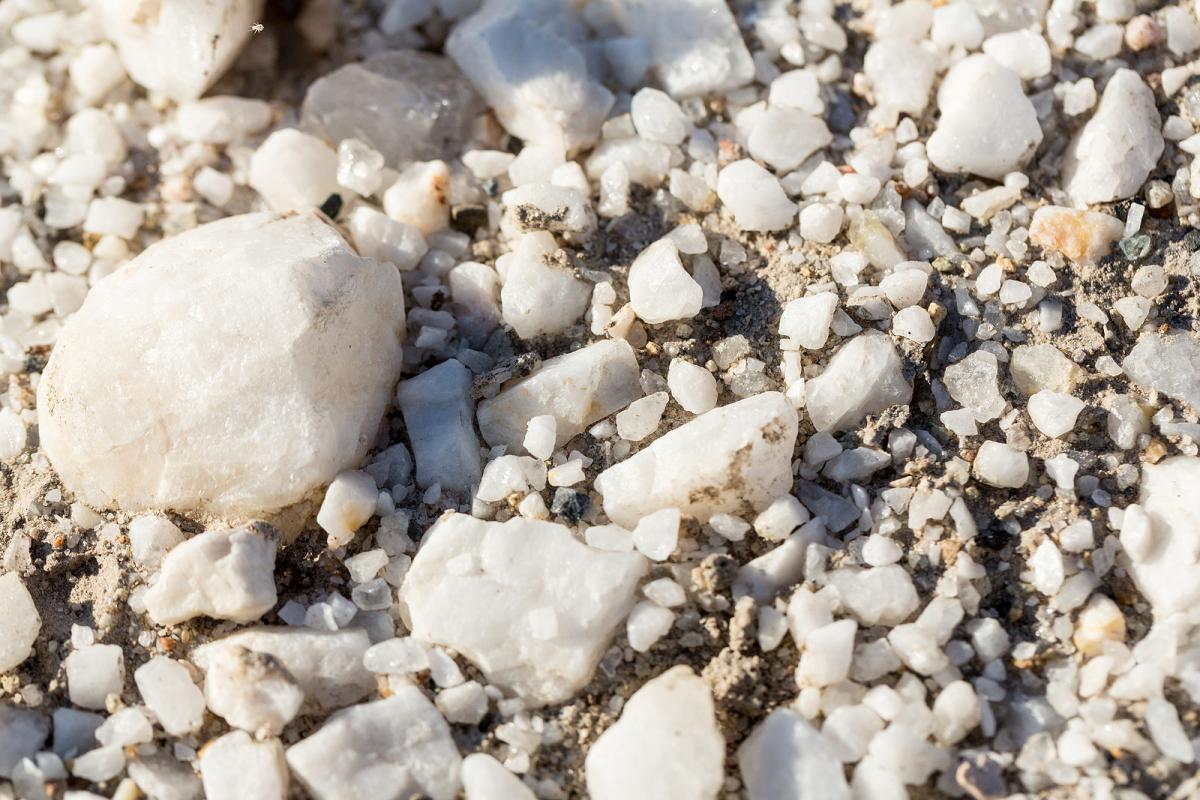 Quartz is an oxide of silicon, a mineral that crystallizes out of magma (liquid rock) as it cools and makes up about 12% of all rocks on earth.

In some places, the sandstone was subjected to great heat and pressure and metamorphosed (changed) into quartzite.

Quartz has many commercial uses: as an abrasive, as a wood filler, and in glass and porcelain. One of the most common uses today is in watches and clocks. When placed in an alternating electric current circuit, quartz crystals vibrate at a specific frequency, driving a small electric motor, that moves the hands of the clock. 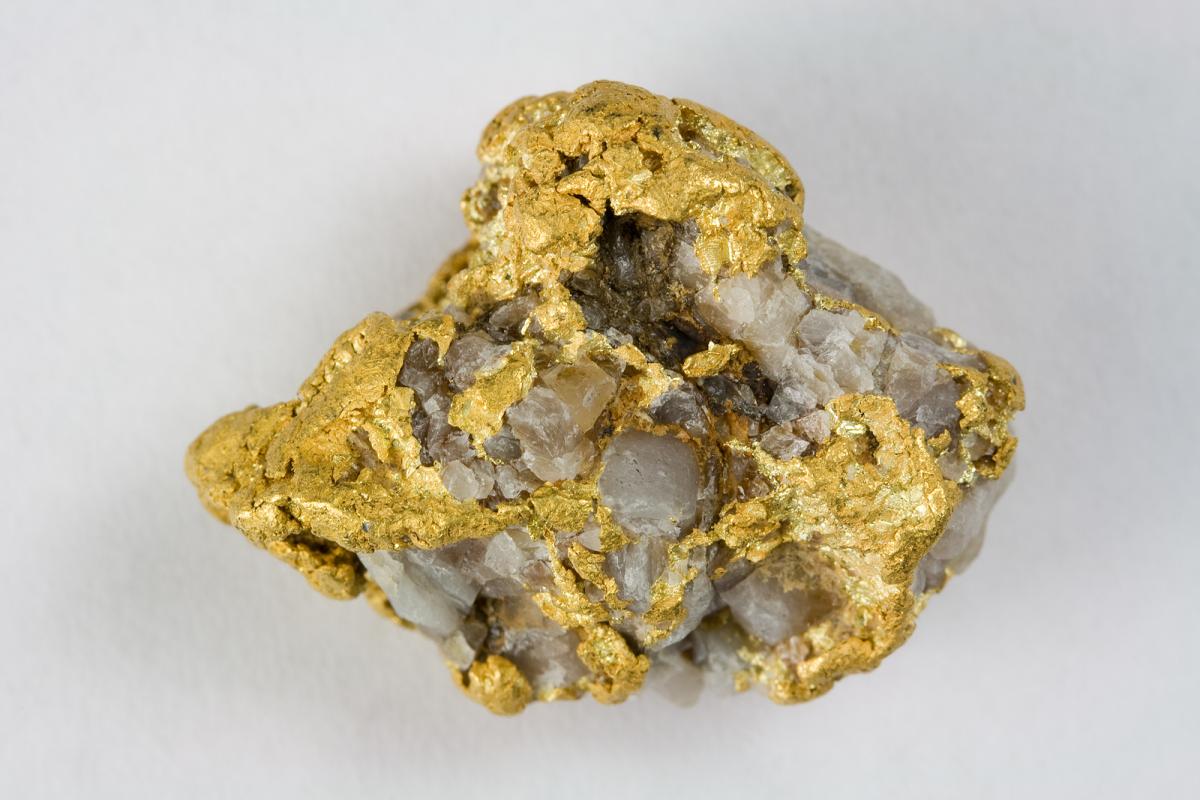 While the majority of quartz crystallizes from molten magma, quartz also chemically precipitates from hot hydrothermal veins as gangue, sometimes with ore minerals like gold, silver, and copper. Large crystals of quartz are found in magmatic pegmatites.

At the Valley of Fire (and other areas), quartz is the source material for sandstone, so in Valley of Fire is found in the great red and white formations so prominent in the park. The quartz and calcite, forced into the joints in this ancient sandstone, erode more slowly, forming these sharp “fins.”

Related Article: Delamar Nevada (read about the gold that was mined with quartz). 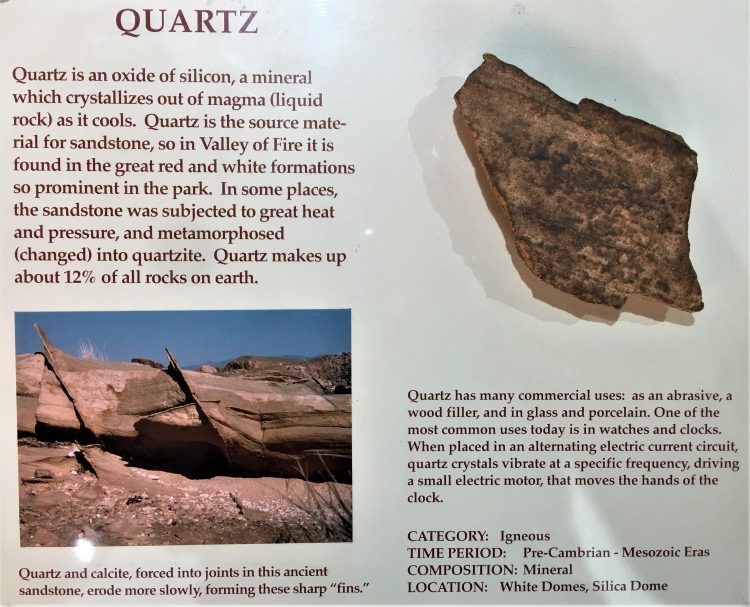