Sandstone » What is Sandstone 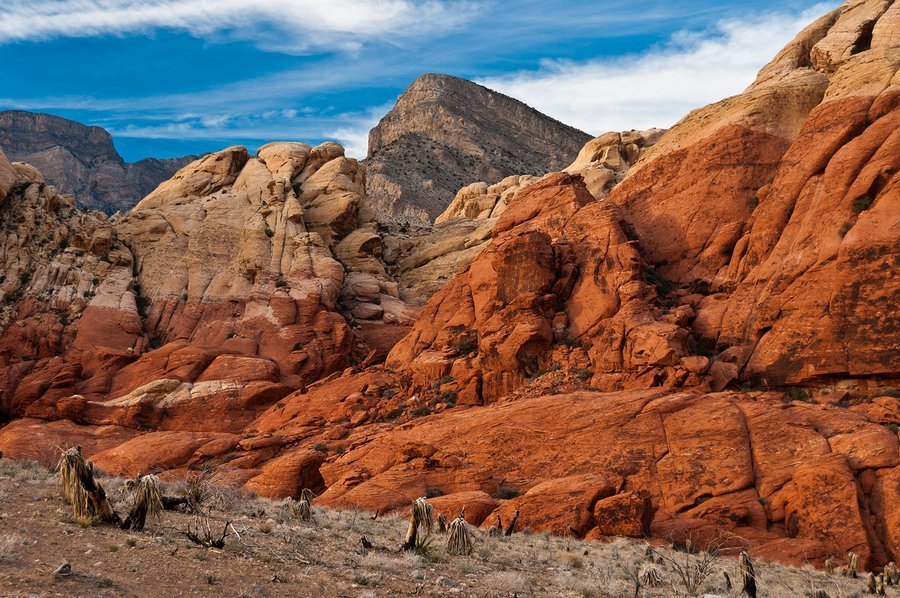 Most sandstone is composed of quartz or feldspar (both silicates) because they are the most resistant minerals to weathering processes at the Earth’s surface. Like uncemented sand, sandstone may be any color due to impurities within the minerals, but the most common colors are tan, brown, yellow, red, grey, pink, white, and black. Since sandstone beds often form highly visible cliffs and other topographic features, certain colors of sandstone have been strongly identified with certain regions.

Rock formations that are primarily composed of sandstone usually allow the percolation of water and other fluids and are porous enough to store large quantities, making them valuable aquifers and petroleum reservoirs.

Quartz-bearing sandstone can be changed into quartzite through metamorphism, usually related to tectonic compression within orogenic belts.

The Aztec Sandstone is an Early Jurassic geological formation of primarily eolian sand from which fossil pterosaur tracks have been recovered. The formation is exposed in the Mojave Desert of Arizona, California, and Nevada.

The Aztec Sandstone is made up of two units 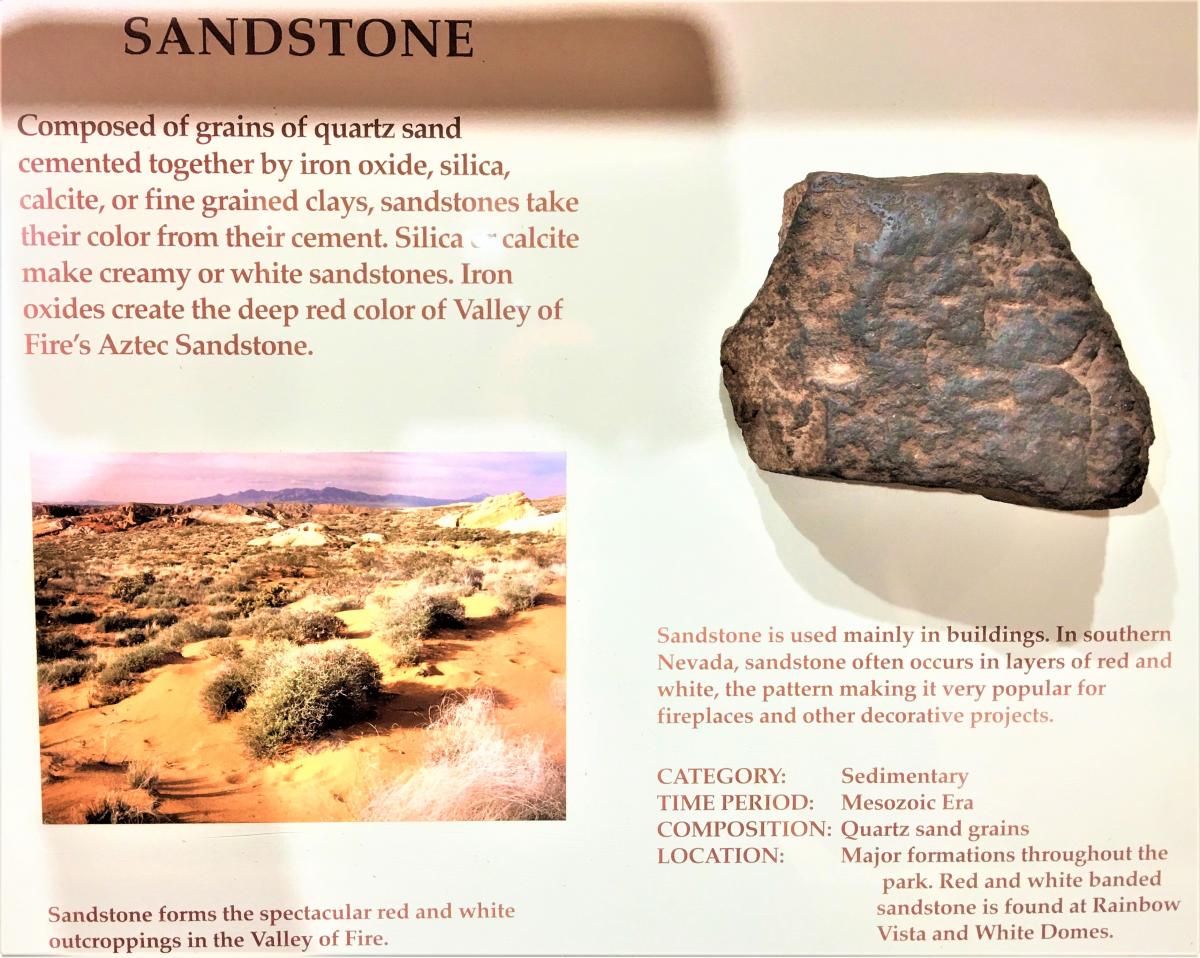 Comprised of grains of quartz sand cemented together by iron oxide, silica, calcite, or fine grain clays, sandstones take their color from their cement.

Sandstone forms the spectacular red and white outcropping in the Valley of Fire.

Sandstone is used mainly in buildings.

In southern Nevada, sandstone often occurs in layers of red and white, the pattern making it very popular for fireplaces and other decorative projects.

Location: Major formations throughout the park. Red and white banded sandstone is found at Rainbow Vista and White Domes.